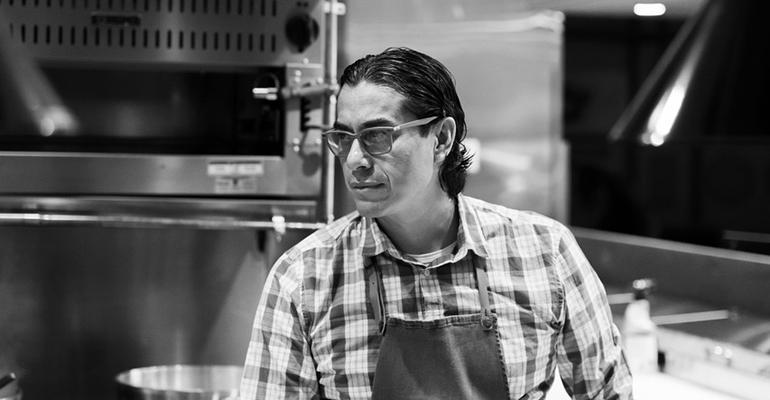 Carlos Gaytan, the former chef and owner of the now-closed Michelin-star-winning Mexique, on Monday opened a new restaurant in Chicago called Tzuco.

Named for Gaytan’s birth city of Huitzuco, this restaurant is designed to reflect “my homeland and my continued evolution as both a chef and a person,” he said in a statement.

The first Mexican-born chef to earn a Michelin star, according to press materials, Gaytan spent the past 18 months exploring his roots in Mexico. The menu taps traditional Mexican flavors combined with French preparation, and consists of mostly light bites at this 144-seat restaurant.

Rounding out the team is Chef de Cuisine Andrew Kim, formerly of Avec and The Dearborn, Pastry Chef Jesús Escalera and Mica Rousseau as mixologist.

And there’s more to come: In October, Gaytan is planning a second concept called Panango, a fast-casual/grab-and-go Mexican restaurant with artisan bread.

In November will come Tales of Carlos Gaytan, a 12-seat chef tasting room that will take an even-more-elevated approach to Mexican-French haute cuisine.

Take a look at Tzuco.