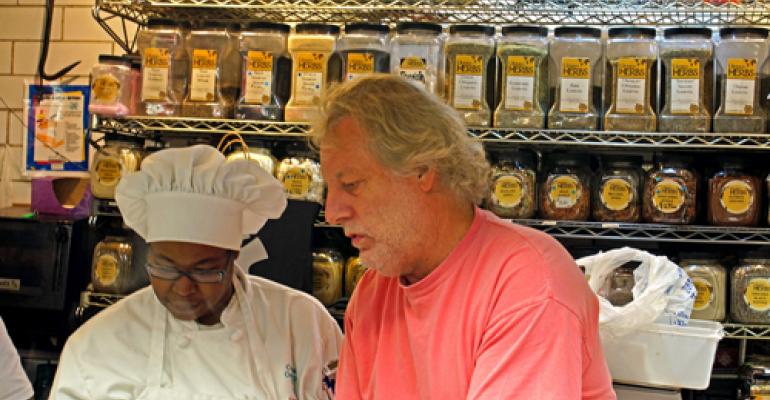 Famed chef Jonathan Waxman is returning to Los Angeles with the launch next year of a new restaurant in a Westfield mall.

Waxman is considered one of the fathers of California cuisine. He gained national attention as a former chef with Alice Waters at Chez Panisse in Berkeley, Calif., and later as one of the founding chefs of Michael’s in Santa Monica, Calif., and Jams in New York City.

For the past three decades, Waxman has focused more on New York City. He is the chef and owner of Barbuto and Jams in that city, as well Brezza Cucina in Atlanta. He also owns Waxman’s in San Francisco.

“This is going to change the very nature of the food landscape on the west side of Los Angeles,” said William Hecht, Westfield’s chief operating officer, in a statement. “Jonathan Waxman is widely credited with bringing California cuisine to the world and, in the process, reinventing the way America eats, cooks and seeks out farm-fresh ingredients. He is a native of California — he first made his mark here — and we’re excited to welcome him back home.”

For his return to Los Angeles, Waxman has partnered with Jason Giagrande to form NYCA Restaurant Group. Giagrande is described as having experience with Compass Group and NBCUniversal. NYCA will “span across the country,” with a focus on New York and California, according to press materials.

Giagrande is also a partner with Waxman in Four J Foods, which has developed a line of sauces, marinades and dressings.

Scheduled to open in spring 2018, the new Los Angeles concept is described as a neighborhood restaurant. In this case, the neighborhood is Century City, situated between Beverly Hills and Westwood, in a Westfield mall that is going through a $1 billion renovation with a strong emphasis on dining.

“All in all, this makes for a stellar location where I’m greatly looking forward to feeding folks in LA,” Waxman said in a statement.