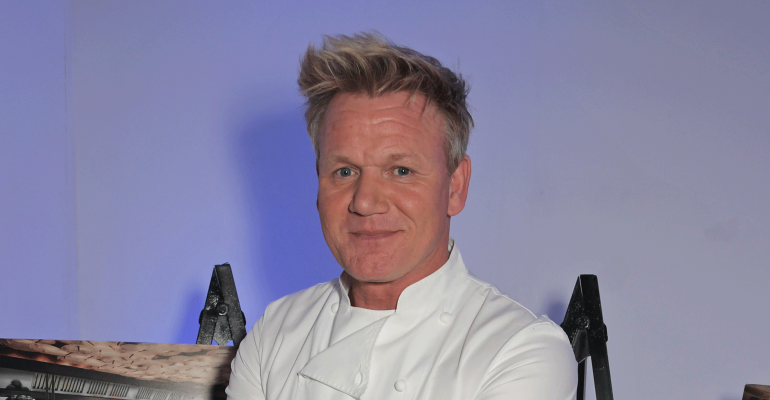 Renowned chef and Food Network star Gordon Ramsay has inked a deal with London-based private-equity firm Lion Capital, which will take on 50% ownership of the chef’s North America restaurant group, according to Forbes.

Although the transaction details remain undisclosed, the firm will invest $100 million over five years, with the goal of opening 100 new restaurants across the United States by 2024. Ramsay will remain as equal partner.

“I fell in love with this country 20 years ago,” Ramsay told Forbes. “There’s a will here. My goal, right now, is to establish one of the most exciting food brands in America. Being a control freak, I needed the right partner on board. There’s a lot of businesses that don’t like that kind of stranglehold. For me, the partnership was crucial.”

Additionally, the MasterChef star will also bring two new-to-America concepts to the table: Gordon Ramsay Street Pizza and Gordon Ramsay Bread Street Kitchen. He has described the latter as a “modern Cheesecake Factory” and which already has locations Hong Kong, Dubai, and Singapore.

“It may seem aggressive, but we’re not opening up 80 or 90 of the same restaurant,” Ramsay told Forbes. “We’re crossing over with a multilayered brand. That’s the bit that I’ve worked hard at. We’ve divided and conquered.”

Despite a setback in May 2018 when Ramsay’s restaurant group in the U.K. reported a £3.8 million loss ($4.83 million USD), Ramsay is now prospering at a time when some of his competitors are reportedly faltering. British celebrity chef Jamie Oliver declared bankruptcy in May, forcing the chef to close nearly all locations of his restaurant group and letting go nearly 1,000 employees.

“It’s a very oversaturated market there, and you need to be very careful with that level of expansion,” Ramsay said in response to his competitor’s struggles. “It’s unfortunate to see the situation he got himself into, but that’s what happens when you’ve got a juggernaut that’s out of control, as opposed to being in control. I’ve sat patiently, learning from other people’s mistakes.”

Ramsay and Lion Capital did not immediately respond to requests for comment.