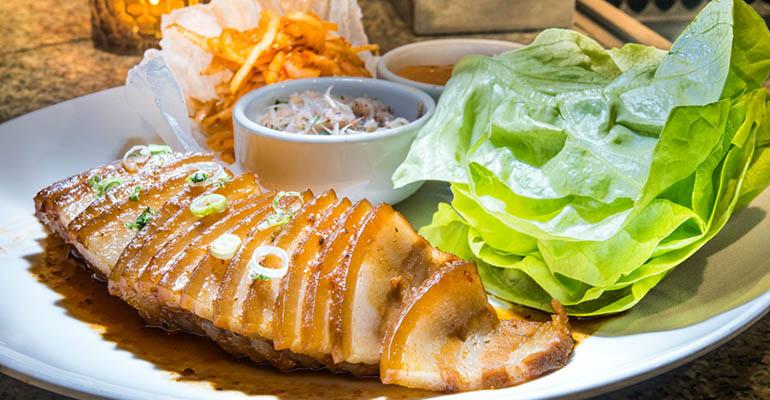 The backlash was immediate.

Critics decried her tone-deaf descriptions of food outside her ethnicity and called her out for white privilege and racism on social media and in think pieces.

Haspel has since released an apology and retracted her original restaurant description, telling the New York Times, “Shame on us for not being smarter about cultural sensitivities.”

“As a health coach turned first-time restaurateur, I never meant for the word ‘clean’ to mean anything other than in the ‘clean-eating’ philosophy, which caters towards a specific nutrition and wellness lifestyle,” Haspel said in an apology on Instagram. “I also did not realize that the plays on words we used for marketing purposes were reminiscent of offensive language used against the Chinese-American community. I was naive and I am sorry.”

And she’s not the only one facing criticism.

In November, celebrity food personality Andrew Zimmern opened a Chinese fusion restaurant called Lucky Cricket in Minneapolis, and was criticized for identifying himself in an interview with Fast Company as a guide to Chinese food for the city, “saving the souls of all the people from having to dine at these horses**t restaurants masquerading as Chinese food that are in the Midwest.” Again, the social media response was not favorable.

Similarly, celebrity chef Gordon Ramsay in April previewed his upcoming new concept Lucky Cat, an “Asian Eating House” in London and faced a torrent of negative social media posts claiming cultural appropriation. The debate was prompted in part by one Lucky Cat review by Angela Hui, who called a preview of the restaurant “an actual kitchen nightmare.” Ramsay, in turn, pushed back on his Instagram, referring to the comments as “personal and hugely disrespectful.”

The three “lucky” restaurants have become symbols for what has escalated into a particularly thorny issue for the restaurant industry. At a time when public criticism can quickly ignite into a viral firestorm on social media, how does a restaurateur or chef navigate the debate about white privilege and cultural appropriation and find a place of authenticity?

Haspel, Zimmern and Ramsay are hardly the first white restaurant operators to open concepts featuring cuisine outside of their own ethnicity. Chef and restaurateur Rick Bayless, for example, has a portfolio of Mexican restaurants, mainly in the Chicago area, and though he has received backlash for claiming “reverse racism” in response to cultural appropriation comments, the criticism has not halted his restaurant group’s growth.

And yet when chef and restaurateur Thomas Keller opened his first Mexican restaurant La Calenda in Yountville, Calif., in January, San Francisco Chronicle restaurant critic Soleil Ho called the effort an example of “cultural appropriation done right” because of how he seemed to respect and showcase his source material. 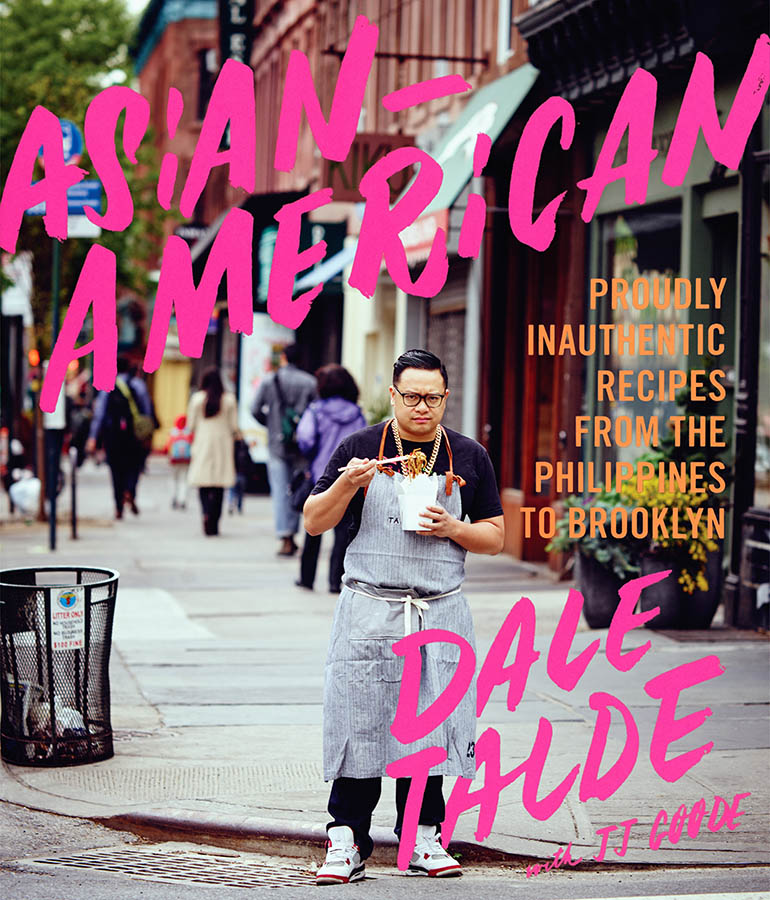 A matter of respect

New York chef and restaurateur Dale Talde, owner of the concepts Talde, Rice & Gold and Massoni, said it’s all a matter of how you approach these thorny issues.

“It starts with respect, love, and passion for the culture of the cuisine you are cooking,” said Talde, who was born in Chicago to Filipino parents. “Look, I have an Italian restaurant, but I have never been to Italy. I think it all comes down to how you talk about and present your restaurant. It’s one thing if you’re saying, ‘I’m doing real, authentic Indian food but I’ve never been to India,’ but if your point of view is just, ‘I love Indian food and I’m interpreting this cuisine through an American lens, then that’s different.” 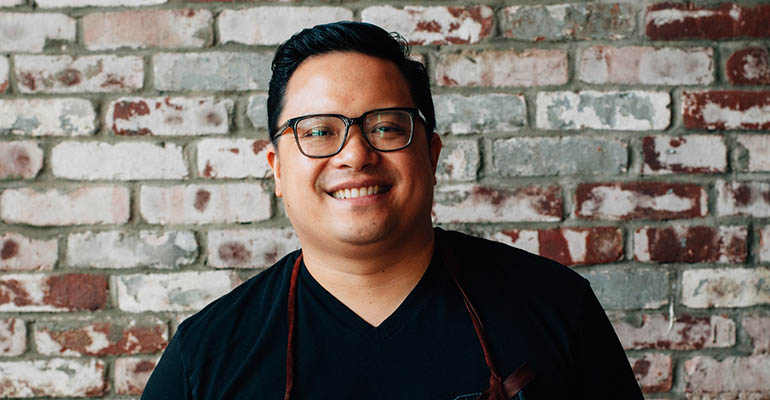 Talde cited Bayless as an example of a chef who “respects and loves” the cuisine he is working with, stating that every year he takes his staff to Mexico for two weeks to better hone their craft.

And Talde has been outspoken about his politically incorrect approach to cooking. His 2015 cookbook is even called “Asian-American: Proudly Inauthentic Recipes from the Philippines to Brooklyn,” featuring recipes for “inauthentic” Asian-American dishes like kung pao chicken wings and pretzel-wrapped pork dumplings. Talde has often emphasized that he does not want to limit his culinary creativity to appease critics.

“My job as a chef is to make things delicious, not to make them authentic,” he explained.

From subtle gestures to larger statements, mindfulness and sensitivity also seem to be key in avoiding reproach.

At La Calenda, for example, Keller’s personality and ego take a backseat to the culture he is representing. In her review, Ho notes that La Calenda’s website lists the names of the Mexican artisans who made the pitchers and platters the restaurant uses — and those names appear before Keller is mentioned. In addition, a good percentage of his senior culinary team hails from the Mexican regions featured on the menu, like Oaxaca.

Still, there are some who argue that chefs should stay in their own cultural wheelhouse. But for Krishnendu Ray, associate professor of food studies at New York University, the idea of white chefs being forbidden to open restaurants outside their ethnicity is preposterous.

“Cultural appropriation raises some very good questions, but it gives terrible answers,” Ray said. “I don’t want to live in a world where I can only cook and eat my own food. That would be incredibly limiting.”

The issue, he suggested, is about cultural politics rather than just a simple matter of who can or should open specific types of restaurants.

“Access to capital, social capital, and a built-in reputation” is what allows a white celebrity chef like Keller or Bayless to easily open a successful Mexican or Chinese restaurant that could have instead been opened by a lesser-known chef from that country who has grown up with that food and might have better access to “authentic” recipes from his or her culture.

If a chef or restaurateur is aware of their own privilege, then they can open up the lines of communication to emulate Keller’s “cultural appropriation done right.”

“Get someone of that ethnicity on your team who knows the food and can call you out if you’re being offensive,” Ray said. “Make an effort to open your restaurant where that community lives, travel to the country, and even pick up the language. Help build bridges to that community […] The final thing is to be modest. Avoid the word ‘improve’ and use ‘interpretation’ instead.”

But even nailing down a set of rules for the “right way” to do cultural appropriation does not mean that every chef of restaurant owner will (or should) follow those rules.

Dalup Modern Indian — a fast-casual Indian restaurant that opened in New York City in May in partnership with Larry Reinstein of LJR Hospitality Ventures — is owned by Indian entrepreneur Nat Loganathan, but the menu was created by consulting chef Dave Martin: a white chef who has never been to India or cooked Indian food professionally before. 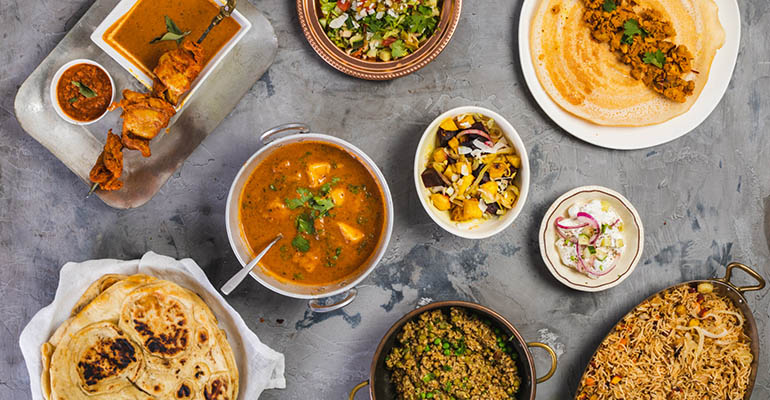 When asked if he wanted to bring in an Indian chef to create the menu, Loganathan immediately refused, chef Martin said. Loganathan specifically wanted an outside culinary perspective to create his healthful, universally appealing spin on Indian cuisine.

Like chef Talde, Martin does not seek to create authentic cuisine, a term he said is overused. Instead he sticks to his “true” interpretation of Indian cuisine through research and consulting with Loganathan to make sure he got the “core ingredients” correct before tweaking the recipes to make them “lighter and more modern.”

“My client wanted to showcase that Indian food doesn’t have to be heavy,” Martin said. “Butter chicken is delicious because it is fat-driven, but what I offered was how to make these traditional dishes but keep them light and healthy, like I did a non-dairy curry, for example. I always want to stay as true to the region as possible. I do my best, but I’m a white guy from the United States [….] I’m not an Indian grandma.” 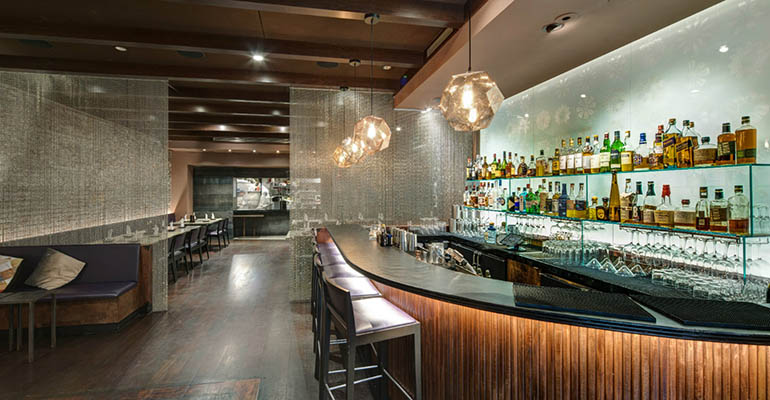 At The Woo — a Korean restaurant owned and operated by multiple generations of Korean women in New York City — a Korean background is not a prerequisite for authenticity.

Owner Julie Choi said they aim to be as authentic as possible in serving traditional dishes like Korean barbecue, beef short ribs and whole black hog. In 2005, Choi promoted chef Eli Martinez to executive chef: a Honduran native who has been with her family’s restaurant business for decades.

“[Eli] says his soul is Korean and he was born in the wrong body,” Choi said. “He has been fluent in Korean for the last 10 years and we trust him. We’ve gotten a lot of flak for it. Koreans especially will say, ‘Why don’t you have [one of our] people running your restaurant?’ But why do we have to? To Korean people we’re not authentic enough, but to the Western palate we’re new and exciting. You can’t please everyone.”