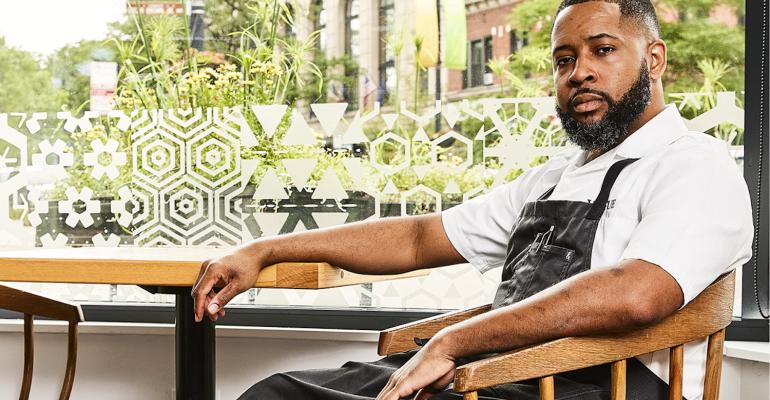 Locust restaurant in Nashville named ‘Restaurant of the Year’

Food & Wine Magazine on Monday released its annual career-boosting list of “Best New Chefs” in America and also gave Locust restaurant in Nashville a brand new award called for “Restaurant of the Year.”

Food & Wine restaurant editor Khushbu Shah praised Locust for being “fully, uncompromisingly, and unapologetically itself,” where chef Trevor Moran, formerly of Noma and Catbird Seat, and his team serve lunch and dinner just three days a week, and doing it on their own terms.

“If Locust proves one thing, it is that the era of restaurants bending over backward for diners, doing everything to capture every customer possible, is officially over,” she said in her feature article on the restaurant.

“The 34th class of Food & Wine Best New chefs is modernizing he hospitality industry, and, now more than ever, we’re honoring up-and-coming chefs who are as passionate about cultivating more respectful kitchen cultures as they are about their talent at the stove,” he said in a press release announcing the winners. “Through their artistry and talent, these amazing chefs are reframing the dining experience.”

That class is as follows:

Damarr Brown of Virtue in Chicago,

Melissa Miranda of Musang in Seattle,

Rob Rubba of Oyster Oyster in Washington, D.C, and

The award winners and the criteria for choosing them reflects a movement by Food & Wine and other culinary award-granting bodies, such as the James Beard Foundation, to showcase a wider diversity of chefs and also to foster development of better working conditions in an industry that suffers from high turnover as well as accusations of hostile work environments.

Winners of the Best New Chefs awards must have been in charge of a kitchen or pastry program for five years or less. The process begins by Food & Wine editor soliciting nominations from industry experts and past winners, and then Shah travels the country to visit restaurants and select winners. The magazine reports that Shah visited 24 cities in three months this year.