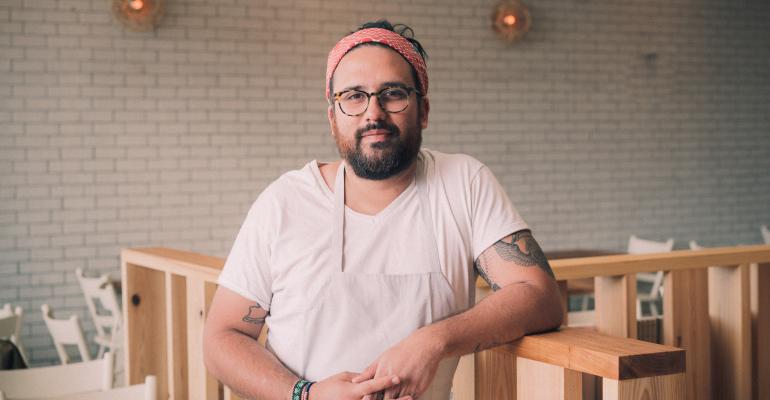 Food & Wine magazine recently came out with its annual list of the country’s “Best New Chefs.” Getting on that list used to be a great way to put your career trajectory in overdrive. Take a look at past winners and, if you follow the chef world at all, you’ll probably recognize a lot of names. But you would have been a whole lot less likely to recognize them the year that they were named to the list unless you lived in the same city as them and dined out a lot.

That’s because Food & Wine really does a good job each year of spotting young up-and-coming talent and shining a national spotlight where only local recognition had been achieved before.

Before I get too long-winded about this, let’s take a look at this year’s winners.

Blake Aguillard and Trey Smith of Saint-Germain in New Orleans

Thessa Diadem of All Day Baby in Los Angeles

Paola Velez of Bakers Against Racism in Washington, D.C.

You can read all about them on Food & Wine’s website. 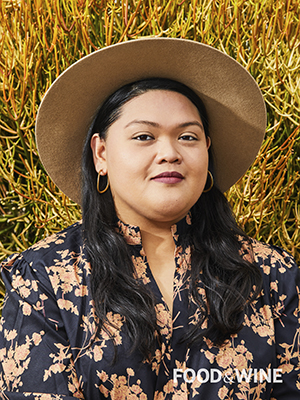 Photo: Thessa Diadem of All Day Baby in Los Angeles

It’s hard to say whether this list is really a career accelerator anymore, partly because there are now so many outlets for chefs to get people’s attention, and party because the past few years have been so incredibly topsy-turvy. Obviously most of that has had to do with pandemic, but even before then chef culture was under attack, and for good reason. The #MeToo movement brought into sharp focus what everyone knew to be the case and, for the most part, had accepted: That chefs and restaurateurs often abused their power to harass or assault others.

Then came COVID-19, which didn’t just crush restaurants, but brought into sharp focus another aspect of the industry that everyone knew and, for the most part, accepted: That restaurant workers are exploited and often abused.

And that was followed in short order by the murder of George Floyd and the reignition of the civil rights movement, and renewed observations — again, that everyone already knew — that there’s a lot of racism in restaurants, just like there is in the rest of society.

This has made the granting of awards such as Best New Chefs a lot more complicated.

The James Beard Foundation became acutely aware of that last year and tried to amend the list of winners to avoid awarding people who were dogged by one of the many scandals that restaurants faced— a fact that was exposed by The New York Times.

For years, the James Beard Awards had been a feel-good event where chefs and restaurateurs awkwardly put on formalwear and celebrated the industry as a whole. Okay, not the industry as whole; mostly — except for the America’s Classics awards — it celebrated the glamorous fine-dining side of the industry that has traditionally accounted for less than 10% of restaurant sales as a whole (who knows how little it accounts for now?). 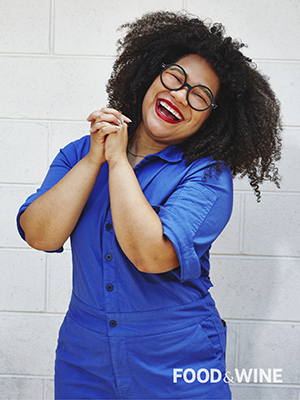 Photo: Paola Velez of Bakers Against Racism in Washington, D.C.

But as of last year, that was no longer good enough. For the past decade or more, restaurants have been at the center of American culture, and for the past several years the flaws in restaurant culture have been brought to public attention. Awards can’t be a popularity contest anymore; they need to have more meaning.

To its credit, Food & Wine has been aware of that. In naming last year’s winners, restaurant editor Khushbu Shah said that, apart from their delicious food, the chefs were being acknowledged for “their resolve, and their vision for what a more equitable future in restaurants might look like.”

Shah doubled-down on that this year, highlighting chefs who display a new kind of leadership:

“Leadership that prioritizes the safety and needs of employees over the whims of customers. Leadership that centers local communities, providing groceries and hot meals for those in need. Leadership that still turns out exceptional cooking that manages to comfort and delight even when the odds are stacked against them.”

It almost goes without saying (but not quite) that recent Best New Chefs classes come from a wider variety of cultural and racial backgrounds than ever before, and that they’re pretty close to gender parity. That’s still harder to do than it might seem — believe me, my colleagues and I struggle with it all the time — but it seems like we might be going in the right direction.