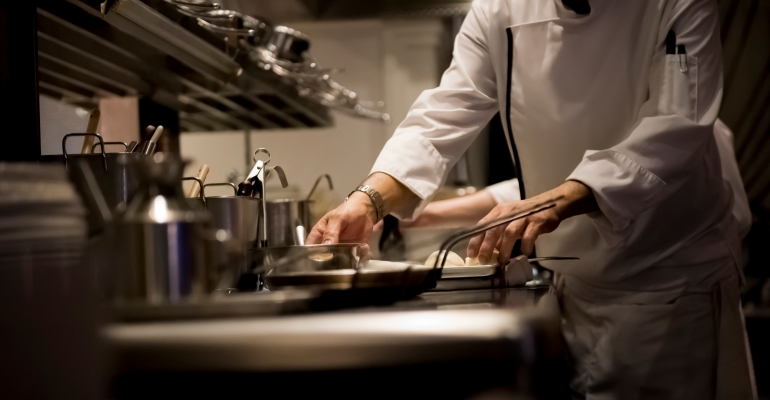 Chef Charlie Hallowell, who stepped away from his three Oakland, Calif., restaurants last December after more than 30 employees alleged sexual harassment, has outlined a 12-point plan to restore restaurant staff and community trust, he said in an open apology letter Thursday.

Among the dozen changes outlined in the letter sent to the Oakland restaurants’ mailing lists and reprinted on Reddit, Hallowell said Donna Insalaco, who was brought in as chief operating officer of Hallowell’s restaurant group in April, would become managing partner of the parent company, which owns Pizzaiolo in Oakland and at the time had the Penrose and Boot & Shoe Service restaurants.

An email to Insalaco had not been returned by press time.

The chef also said a new restaurant is being planned for Berkeley, Calif., and will be named Western Pacific. Hallowell said in his letter that Western Pacific “can be a clear example of the change we want to support in the world.”

Hallowell’s company sold the Penrose and Boot & Shoe Service restaurants earlier this year. Hallowell also split with his longtime business partner, Richard Weinstein, who also was the target of sexual harassment allegations. Weinstein remained landlord of Penrose and Boot & Shoe, the latter of which had a grand re-opening, called a “reboot,” in September.

Hallowell began his cooking career at Chez Panisse in the late 1990s, working with Alice Waters and chef Cal Peternell. He opened Pizzaiolo in 2005, Boot & Shoe Service in 2009 and Penrose in 2013.

He stepped away from operations in December amid allegations of a toxic work environment, in which one former employee told the San Francisco Chronicle that Hallowell had “sexual Tourette’s disorder.”

In his letter, Hallowell said he had stepped away from daily restaurant operations after his “transgressions” to give the restaurant teams a chance to do their jobs.

“I want to reach out and offer another apology for the harm I have done to individuals and to the community as a whole,” he wrote.

Hallowell said Insalaco, as managing partner, would have control of the businesses.

“She has the power to remove me, define my pay and to be the last word for everything that happens in our business,” Hallowell said. “Together we have put together a clear 12-point plan to ensure all employees, but especially women, will feel safe in the restaurants.”

Among the steps as the chef began participating in the restaurants again, including his own weekly therapy with a psychologist, Hallowell said he would make himself available every Friday from 10 a.m. to noon to discuss anything with employees.

The company has also hired a third-party human resources company “that is available 24 hours a day for any employee to contact and make official complaints to. Every employee has been given their toll-free number,” he said.

Hallowell and the restaurant staff members will be required to participate in “ongoing sexual harassment training, management training and ongoing workshops designed to build and maintain a healthy workplace culture.”

“We will, as a group, invest in a coach who will help us jointly envision and adopt a set of cultural standards. The coach will also train us on how to follow and be accountable to these standards,” Hallowell said.

Hallowell and Insalaco also formed an all-female board of advisers to meet quarterly on the company culture.

“They will hear from employees and be given access to the financial records of the business and advise in following the cultural standards we have all set and agreed to,” the chef wrote.

One the steps was less serious: “Once a month a dunk tank will be set up in the backyard at Pizzaiolo. Charlie will be in the dunk seat and anyone who wants to put him in the tank can come and give it a shot!”

Hallowell ended the letter by saying: “We hope you will let us show you how we have re-committed to our employees and our guests.”