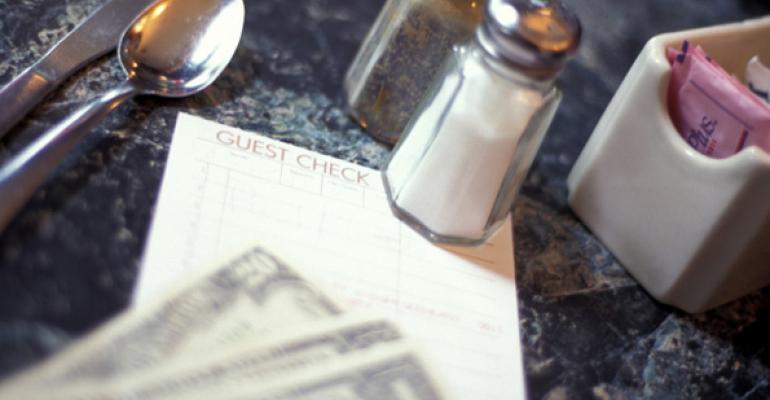 How to improve your profitability: More notes from the road

Last month I wrote about some bad restaurant experiences from several months of heavy travel.

I was on the road again this month and encountered a very different landscape with some prime examples of how the FOH staff can help restaurants make more money.

1. Be friendly, efficient, value-oriented. In March I was in Salem, OR. My son was touring Willamette College and was staying overnight in a dorm. I was on my own. I surfed the web, found a menu I could read, called up and spoke to a friendly and efficient person (see my earlier blog about how difficult this can be) at RAM Restaurant and Brewery. Once I arrived I was greeted politely and asked where I would like to sit. (I wasn’t told, I was asked—not as small of a difference as you may think. Right from the start I was made to feel that they were there for me, not the other way around.) I was told that the front tends to be more college students and the back normally the older crowd.

I opted for the latter and was greeted within 15 seconds of being seated by my server Travis who asked me what I would like to drink, and if I would like an appetizer. After he told me about the specials and special promotions he left to get my drink. Drink service was prompt. I ordered one of the burgers that were on special that month. He told me that the restaurant offered a buy-one, get the second at half-off burger promotion. I joked that since I was alone, two weren’t needed. He suggested I could buy the second as a “to go” and take it back to my room for later. Talk about great suggestive selling.

The marketing got better. He asked if I was visiting, and when I told him my son was considering the college he asked me to tell my son that on Sunday after 9:00 they had a special event open to anyone, but especially appealing to the college students ages 18 to 21. He told me about the special menu that is half the price of the regular menu and that it was really fun and my son should come. I was incredulous. First, he knew my son was just applying to not yet attending the school and second, he knew my son wouldn’t be starting until five months later even if he did attend. Can your servers top that for marketing? Please note, I hadn’t even had one bite of food and I was going to be recommending this place to my son and his friends!

(In most of the rest of my travels, servers didn’t even ask me if I wanted coffee or dessert. Of course, upselling needs to be trained. You would be surprised at how many servers over the last few months have failed to upsell me drinks, wine, apps, desserts or after-dinner drinks. You may wish to remind your staff that upselling not only yields more profit for your business, which leads to pay raises, but that upselling leads to higher tips. Show them the math on a white board or PowerPoint how much more they can make in tips by selling soups, salads, apps, drinks, desserts, etc.)

I know that managers and owners usually only hear from customers when something is wrong. So when the service or food has been particularly good I try to tell them. So, after finishing my dinner at RAM I asked the hostess to introduce me to the manager. I was told that the assistant manager was on duty and she took me over to meet Zach Myers. He was sitting at a table in the corner doing paperwork in front of his laptop.

Now I could figure out one of the reasons why the service was so good from my phone call through payment. Instead of hiding in his office the manager was watching the floor while doing paperwork. When the hostess brought me over he looked appropriately concerned. When I told him who I am, what I teach and what media I write for he was thrilled with my comments. He brought the server over to have me repeat them in front of him. Zach later explained that they do not stress upselling to the customer. Instead, they have a program called Optimum Spend, which basically encourages servers to focus on helping the customer get the most value for her or his dollar. This ranges from suggesting sharing plates for larger items, to recommending an individual customer take a second burger to go, to suggesting a top-tier alcohol to make a better cocktail. As he said, “Our philosophy is that if the guest is happy with the value they received, then we will build regularity, and regularity will build consistency and growth.”

Now, guess which place I am going back to when I move my son into college? Guess which one I will take him to after he moves into his dorm? Guess where I will bring my wife? Guess which restaurant will continue to have consistency and growth?

2. Make the customer king. My family likes a group of several restaurants in the Los Angeles/Orange County area run by King Seafood Company. Primarily a seafood house, they have a very loose New Orleans feel. Servers are always polite, efficient and smiling. (I hate it when someone looks like they are in pain when serving me.) I recently visited the Long Beach location.

My father’s memorial service had taken place that morning, and my family went there for dinner. To say that we needed an emotional boost is an understatement. We got it. The server greeted us immediately with drink menus, got us water and bread and took our app orders while we were still deciding on drinks. We noted it was a new menu. This caused a small delay as my family discussed the new items, the ones that were missing and which of our favorites weren’t there anymore.

On the bottom of the new menu was a phrase that struck me like a ton of bricks: “We cheerfully accept responsibility for your meal no matter how you order it.” Was I impressed, or what? Here’s what this tells the customer:

1. They aren’t going to give me a hard time if I ask for my steak well done. I can actually order things the way I want them.

2. If I order something well done, it will still be cooked well, just well done. If I want a burger rare, I won’t get an argument and will get a rare burger.

3. They realize that I am paying the bill, and I should get the food the way I want, not the way the manager, chef, server or cook wants.

But what do most menus say at the bottom?

• Gratuity will be added to parties of eight or more. (Great, they think if I have a large group I am not smart enough to tip.)

• We reserve the right to refuse service to anyone. (Always makes me feel welcome.)

• We are not responsible for lost or stolen items. (This is 2015. Do you really need to say this, and should I be concerned about theft in your establishment?)

• We will not split a check more than two ways. (I really don’t understand this one. If one party of eight wants four checks why should they be treated differently than four parties of two?)

• We can’t be responsible for meat cooked past medium. (I am sorry, but people who order steaks well-done know what they want. Give it to them; they are paying. And don’t act like a prima donna about it.)

The server (I apologize that I do not remember her name—remember, we were very emotionally wrung out) was brilliant. At the end of the meal she suggested after-dinner drinks and dessert. When the bill came it was, honestly, a lot more than my wife and I had planned on paying. We looked at the bill, acknowledged this, and then said, “Wow, we needed that. We all feel so much better.”

To be candid, the food was good, but not quite up to King’s Fish House’s usual standards. The soft shell crab picatta was amazing. However, the battered and fried soft-shell crab had way too much batter and the taste clearly showed the oil needed to be changed. But the evening turned us all around emotionally based on the service and attitude of everyone there. (Remember, I am a chef, and I still value the service above the food.) As noted, we paid more than we planned, yet we had a great evening and want to go back next time we are in the area.

So, what have we learned?

1. Make sure your guests are treated well from phone call through walking out the door.

2. Remind your servers to upsell strategically and market.

3. Remember that your customer pays the bills. This should be driving every aspect of your business.