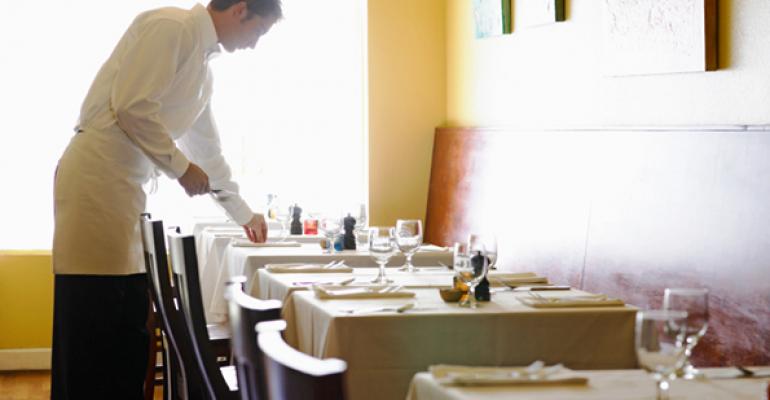 How to improve your profitability: Notes from the road

I try to write about how you can improve your bottom line. As my late father used to say, “The bottom line is the bottom line.” In this blog I am going to appeal to you—as owners, franchise holders, managers, chefs, kitchen mangers and other persons responsible for the bottom line—to stop looking at just your numbers and look at your establishments from the perspective of a customer.

Since February I have twice travelled from where I teach, in the heart of the Silicon Valley, to the Hawaiian island of Kauai. I’ve been to Missoula, Montana. I’ve been to Corvallis, Salem, and Portland, Oregon. I’ve made two trips to Monterey and several to the Los Angeles area. I’ve had a lot of good and bad experiences in restaurants. I’m going to write here about the bad ones. What I want you to do is to look at each of the points below and truthfully answer how your establishment(s) would have fared under the same circumstances.

Experience 1. The reservation turn-down. When calling to make reservations, I was frequently told: “You don’t need a reservation, just come in.” What would inevitably happen is that my traveling companions would say, “Well, since we don’t have reservations, let’s try someplace else.” I realize that when you are slow your host/hostess might not want to take reservations, but let’s face it, if people call to make a reservation they are interested in your restaurant and are more likely to actually come if they have made a commitment.

Experience 2. Locked out. What’s closing time? When is the last seating? If you have a closing time on your website or on your door, you had better stick to it. A number of times I would show up 15, 20 or even 30 minutes before the posted time to find the restaurant locked up. Other times, I could get inside but was told, “Well, it was slow so we closed early,” or “We stop seating people thirty minutes before closing time.” One person even told me that the hours posted on the door were not the closing time but the time the staff was to go home! She explained that they always stopped serving an hour before the posted closing time so they could all leave at the hour posted on the door. Needless to say, this is a bad practice.

Experience 3. Empty coffee pots. Self-service coffee from air pumps or other types of dispensers is fine, but you’d better keep them full. One recent morning, I went to a breakfast place. They had four air pumps out on the counter. All four were empty, and it was only 8:15 a.m. I complained bitterly. I wasn’t the only customer to do so. The order taker, the short order people and the barista all had to drop what they were doing and make coffee. I was disgruntled, the other people wanting coffee were disgruntled, and people were walking out the door because they were tired of waiting to place their orders. I would like to report that this was a unique situation, but it happened at least 30 percent of the time I went to pour myself a cup of self-serve coffee in my travels. The bottom line is that you need to have a system in place for your staff to monitor and replenish self-serve devices before (not after) they run out.

Experience 4. Menu confusion. Make your menus clear! I don’t know how many times in recent months I had to fight to understand a menu. One morning’s confusion started at the top of the menu board, which read: “All Breakfast Entrees Include Your Choice of Hash Browns or Country Fries, and Your Choice of Toast.” The first entrée was entitled:  “Our Special French Toast: Two pieces of French Toast with Two Eggs and Sausage.”  My wife ordered that and asked for the hash browns. The person taking the order said, “Hash browns aren’t included, they are a side order.” My wife showed her the menu where it said “All Breakfast Entrees Include…” The order-taker stared at it, and while the line was building up behind my wife, she said  “That wouldn’t make sense to get hash browns; that would be too much starch for you.” I wish I were making this up.

Too often, I’ve seen menus that read, “All breakfast/lunch/entrees/sandwiches/etc. include…” only to find out otherwise. The result? Changed orders, line delays, orders being sent back for “missing” items, bad feelings, etc. Don’t make your customers fight with the menu. It’s just bad business.

Experience 5. Drinking problems. Teach your staff the alcohol rules. On a recent trip, I went into a sushi bar and ordered a beer. “We don’t have a liquor license,” I was told. “We recommend you go to the brew pub next store, get a beer and bring it back.” In California I knew this wouldn’t be proper. But I was in another state, so I presumed the server knew what she was saying. I went into the brew pub and ordered two beers for my wife and me, and when they asked me if I wanted to order food I told them I was eating next door. I was given two glasses. I went out the door and into the sushi bar. A moment later I was approached by a very upset man who asked “Didn’t you see the sign that said ‘NO ALCOHOL BEYOND THIS POINT’ on my patio?” I told him what the waitress in the sushi bar said, and I told him his pourer knew as well. He was dumbfounded and told me he could lose his license for such an infraction. The bottom line: know your state’s laws as well as local ordinances pertaining to alcohol and train your staff accordingly.

Experience 6. The bad call. Last October, I wrote a blog on this on bad phone manners. I am sad to say that not all of the places I called during my travels had read my blog. Here are some of my favorite conversations:

Hostess: “Whenever the manager tells us to.”

Me: “How close are you to the Grand Hotel?”

Me: “It’s three blocks from the State Capitol.”

Host: “We are about a fifteen minute drive away.”

[The next day I happened upon the restaurant, which was, in fact, just one block away from the hotel.]

Host: “Whenever it gets slow?”

Me: “What time will you close tonight?”

Host: “It’s pretty slow right now, you had better come over fast if you want to eat.”

Me: “What’s your specials for the day?”

Me: “I’m looking at the website.  It says ‘Ask us about our daily specials.’”

Hostess: “I don’t know what they are, I’m just a hostess not a server.”

Experience 7. Mobile-unfriendly. Pull out your smart phone. Go to your website. Can you read it?  Can you easily find the address, hours, directions and the menu?  Can you easily make a reservation online? If I was searching for a place to eat and I couldn’t easily navigate the site (particularly the menu) I would move on to the next business. Maybe it’s my lack of smart phone skills, but I was never able to read any menus that were formatted with PDF. Don’t make potential customers struggle with your website on their phones. Why? Because they won’t—they will just eat elsewhere.

The bottom line: You need to have systems in place for all basic issues involving potential customers or patrons of your business. Then, you need to test and observe those systems to make sure that they are working.