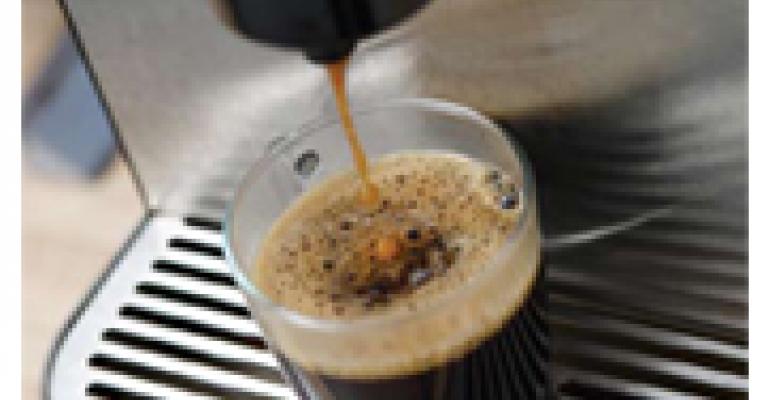 Coffee wars have dominated the beverage world over the last two years. Just when it seemed Starbucks had a lock on the premium coffee market, virtually simultaneous assaults from Dunkin' Donuts and McDonald's revealed chinks in the coffee giant's armor. Both went straight for the throat with big marketing campaigns and commitment to high-quality brews; their efforts were rewarded by validation from Consumer Reports and other prominent media arbiters of taste.

Starbucks retaliated by adopting a back-to-basics approach, focusing on the coffee house experience and the rollout of two new products: Via instant coffee, designed to fulfill the a demand for caffeine when Starbucks's seemingly ubiquitous stores aren't handy; and a new machine called the Clover, which brews small-batch roasts a cup at a time and invites an intimacy with the customer that a burger or donut place can't hope to approximate. Neither of these new products is yet widely available throughout the Starbucks empire.

But heck, if you're not a Starbucks, Dunkin' Donuts or McDonald's operator, why should this concern you? It should. This seemingly self-contained scrap over market share is changing the landscape. How? By raising the bar. Someone who can get a decent quality latte at McDonald's won't settle for some ho-hum brew at a full-service restaurant.

Americans remain loyal to coffee in general, if not an individual brand of it. Daily consumption of coffee beverages has remained consistent, despite the recession, with 54 percent of American adults indulging, according to an annual survey by the National Coffee Association. Some 80 percent of coffee drinkers say they have not changed their coffee-drinking habits, other than brewing more at home or looking for deals on the beans. A bright spot is young adults, aged 18-24; they drank an average of 3.2 cups a day, up from 2.5 cups per day in 2005.

In general, we're getting choosier. “No longer is America the country that simply drinks the most coffee — sales figures from 2008 reveal Americans are willing to pay for good coffee,” observes Dan Bolton, writing for Specialty Coffee Retailer magazine. Last year, growth in the value of coffee surpassed volume growth, reflecting increased demand for Fair Trade, single origin, organic and Rainforest Alliance coffees. Today, at $1.3 billion, organic coffee is the most valuable organic product imported into this country, according to the Organic Coffee Collaboration. This is one category in which consumers are willing to pay a premium.

In the Daily Grind, Details Matter

Starbucks liked the Clover machine (pictured below) so much that it bought the company that makes it. Fans of the automated reverse French press machine, or “Cloveristas,” swoon over its ability to yield single perfect cups. Starbucks uses the units to showcase rare small-batch coffees through a process that engages the guest and creates a premium experience.

Maybe you can't compete with that, but you can ensure you're producing the best coffee. Ann-Marie Kurtz, manager of coffee education for Starbucks's North American retail division, shares some tips to maximize quality.

“The starting point for making great coffee is to consider it a form of cooking with a precise recipe and measurements,” Kurtz says. Following these four fundamentals to coffee making ensures a great cup of coffee:

For a more complete set of tips from Starbucks on getting the most from your beans, check out www.restauranthospitality.com.