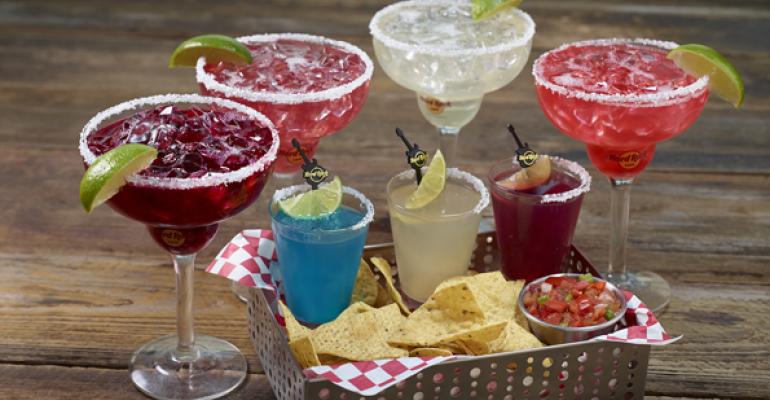 If you missed the promotional opportunities for National Margarita Day back in February, you can make up for it with Cinco de Mayo margaritas on May 5. Recently, newBrandAnalytics released its annual beverage trends research, based on more than 40,000 online reviews from social media sites such as Open Table, Yelp, Trip Advisor and Twitter. Margaritas (along with martinis and Mojitos) topped the list of drink mentions. Margaritas are on the rise, exhibiting their staying power with new flavor variations such as blood orange, grapefruit, pomegranate, watermelon and cucumber. Of particular interest to restaurant operators is the study’s finding that beverage mentions are linked with a customer’s intent to return. Of the reviewers who mentioned beverages and loyalty intent, about 93 percent indicated they planned to return to the restaurant and/or recommend it to others.

Get inspired by these margarita examples from restaurants around the country—just in time for Cinco de Mayo.

• Enthused about infused: Chili’s new “in-fused and in-season” Blueberry Pineapple Infused Margarita is made with Jose Cuervo Especial Tequila, house-infused for 48 hours with fresh pineapple and blueberries, then shaken with fresh sour.

• Limited-edition libations: At Cantina Laredo, with 30 locations in 16 states, two specialty Cinco de Mayo margaritas will be available through May 5. Guests can choose from the Cinco Mas ‘Rita or the Pop-a-Rita.  The Cinco Mas ‘Rita is made with Cabo Wabo, Hornitos, Herradura, Giro and Cointreau Orange Liqueur with lime juice and agave nectar—and served with a sidecar of Patron Silver Tequila ($11.50.) The Pop-a-Rita is a strawberry rocks version of the margarita, featuring Silver Tequila, Cointreau and fresh lime juice, garnished with a coconut popsicle stir stick ($12.50).

Here are two margarita recipe ideas promoting other spins on the classic.

Looking for guacamole and other go-withs to complement margaritas?