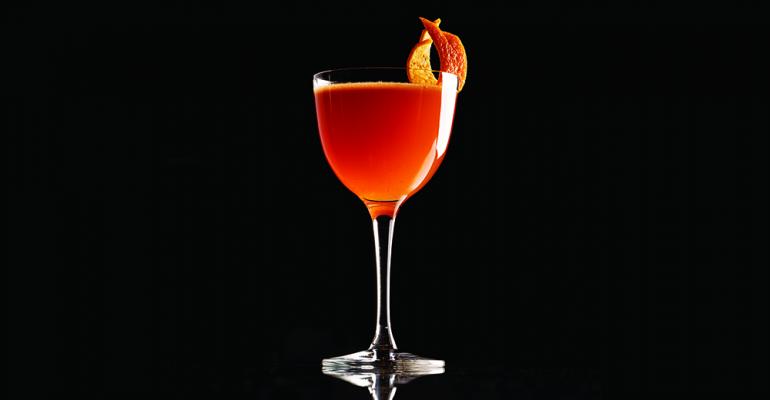 Korean flavors spice up the bar

Where to find it: Jeong, Chicago

The acclaimed restaurant Jeong opened in March in Chicago and executive chef and owner Dave Park wanted the Korean flavors of his menu to carry through to the bar.

Park said he set out to create a gimlet with Korean influences. First, he tried using a Korean black raspberry wine and gin base, but the flavors didn’t come together. A friend who created syrups offered some suggestions, including the use of a calamansi lime syrup, and another made with the now-increasingly-popular Korean ingredient gochujang.

The result is an elegant drink in which gin is combined with the two syrups (calamansi and gochujang) along with raspberry liquor and some fresh lime juice and shaken over ice. It’s presented in a coup glass with an orange peel expressed over top.

Park said the cocktail has been a customer favorite. “People are intrigued when they see the gochujang,” he said. “And it’s a refreshing drink, so people like it.”