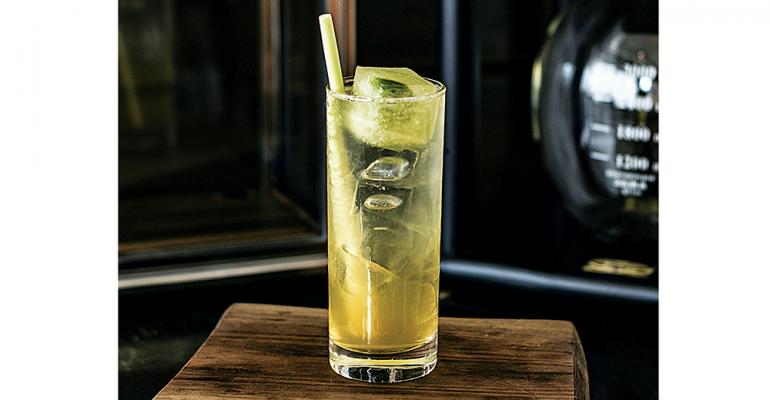 Elevating the basic gin and tonic

Where to find it: Acadia, Chicago

A simple gin and tonic can be a beautiful thing, but at the two-Michelin-starred Acadia, this cocktail is made truly special. Chef and owner Ryan McCaskey said this cocktail is one of three that have remained on the menu since the restaurant opened in 2011.

“At Acadia, it’s all riffs on contemporary classics,” he said. “We’re taking the core of what people know but making it in a contemporary way and giving it an update.”

The GTL starts with a housemade yuzu-lemongrass tonic water also flavored with dried anhui limes from China. The gin is Monkey 47 and they are poured over ice cubes into which cucumber and kaffir lime have been frozen. As the ice melts, the flavor of the drink changes, said McCaskey.

It’s garnished with a lemongrass stalk that has been sous vide with falernum, adding yet another level of flavor and serving as a swizzle stick that can be nibbled.

McCaskey said the cocktail has served as a year-round cocktail because it has “great acid” to it. “It’s a palate cleanser that prepares you to eat too,” he said.