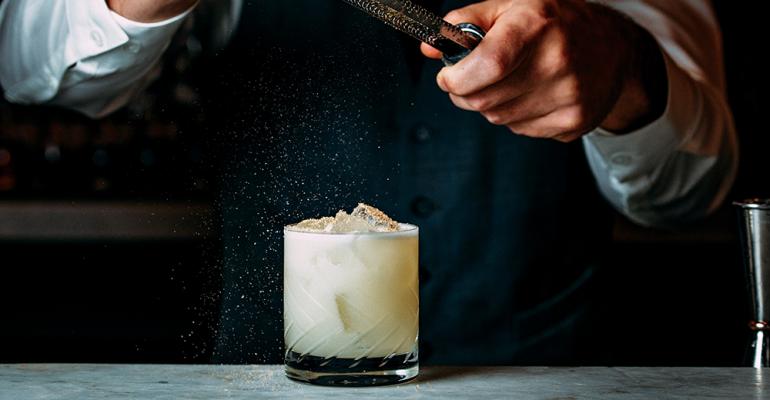 The Casper hints of unseen spirits and pays homage

Where to find it: Pammy’s, Cambridge, Mass.

It’s named for a ghost because the brown orgeat turns white when shaken with the tequila, giving this cocktail an inviting foam. Bar manager Rich Andreoli put it on the menu before Halloween about a year ago as a fall menu addition. It has become so popular, he couldn’t take it off.

Andreoli said the creation pays homage to a cocktail he remembered years ago by Giuseppe Gonzalez, called the Infante. But Andreoli’s version is very different, tapping the restaurant’s Italian roots.

“Our pastry chef was doing a lot with hazelnut and I wanted to support what was coming out of the kitchen,” he said.

Andreoli said the cocktail has a traditional build, with the buttery reposado complementing the orgeat. The ingredients are shaken over ice and strained into an old fashioned or rocks glass, and topped with freshly grated nutmeg.

Key to presentation, however, is a spritz of rose water, which adds a “nose defies the pallet aspect,” he said.

“I like building flavors like a perfumery, building scents with a top, middle and bottom note,” said Andreoli. “Anytime I can bring together flavors with a broader appeal, it translates to the guest.”