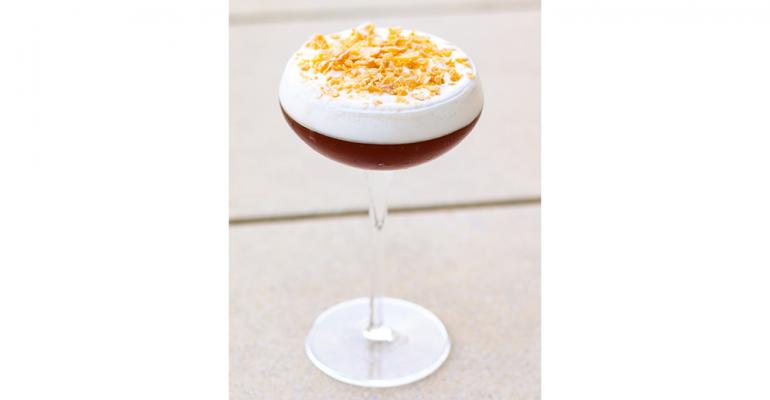 A brunch cocktail to start the day right

Where to find it: Second Floor Regionally Inspired Kitchen, Dallas

“I like eating Frosted Flakes and having coffee in the morning, so this is my breakfast,” said Ashley Menning, bartendress at Second Floor in the Westin Galleria Dallas.

Menning said she set out to create a cocktail for the restaurant’s brunch menu this fall and found herself thinking about the flavors she enjoys in the morning — and sometimes at 2 a.m. after work.

The cocktail begins with whipping cream steeped in Frosted Flakes and strained. To this, Menning adds a touch of vanilla syrup, Frangelico, butterscotch Schnapps and a pinch of salt.

For the base of the cocktail, Menning uses a local bourbon produced in Fort Worth and adds a drop of vanilla extract to deepen the color, along with an ounce of nitro cold brew, which is available on tap at the bar. That’s shaken and strained into a coup glass. The cream mixture is whipped until it forms soft peaks but is thin enough to spread and float atop the bourbon and coffee.

The drink is garnished with crushed Frosted Flakes and served with a spoon.