2014 Best Cocktails in America: Without Fear 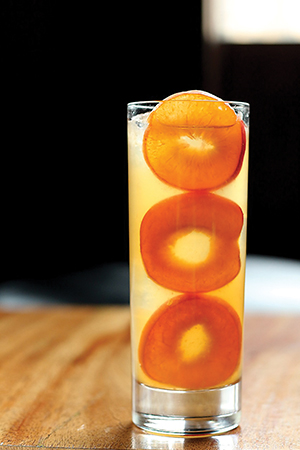 Inspiration: To create a cocktail that would appeal to more than just traditional Irish whiskey drinkers.

What Others Said: CBS New York said it was one of the city’s eight best St. Patrick’s Day Cocktails.

What the Judges Said: “Irish Whiskey drinkers are a tough bunch and belong to a small fraternity, so we salute Santillana for creating a cocktail with a broader appeal. In the case of the barrel-aged Jameson, which has notes of apricot, using an apricot liqueur makes more sense than one would think. The lemon juice provides balance and the soda adds lightness. Who would have thunk a Jameson cocktail could be refreshing, but damn, this one surely is.”