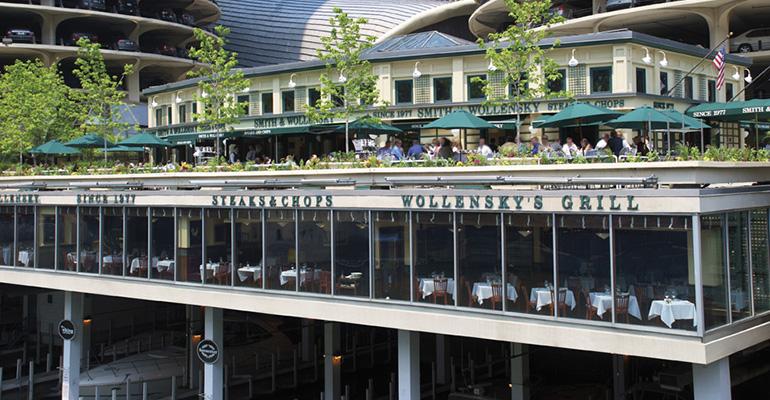 <p>New owners say Smith &amp; Wollensky and Wollensky&#39;s Grill have growth potential, both in the U.S. and globally.</p>
Operations>Finance

Irish investment firm Danu Partners has acquired the Smith & Wollensky Restaurant Group Inc., or SWRG, with plans to grow the company’s steakhouse concepts in the U.S. and internationally.

Terms of the deal were not disclosed, but the acquisition includes seven of the eight U.S. locations, including restaurants in Boston, Chicago, Miami, Columbus, Houston and Las Vegas. Boston-based SWRG was owned by private-equity firm Bunker Hill Capital LP, which acquired the brand in 2007.

Danu operates Smith & Wollensky London, which the Dublin-based company opened in June 2015 in a licensing deal with SWRG.

Not included in the deal, however, is the original New York location of Smith & Wollensky, which opened in 1977 and is owned by founder Alan Stillman and Quality Branded Restaurant Group. Stillman also founded the TGI Friday’s casual dining chain, but sold his stake in 1976.

Dublin-based Danu also owns the hospitality-focused Mercantile Group, which operates a number of restaurants and bars in Ireland, including the restaurants Soder + Ko, Marcel’s and Le Petit Parisien.

Leonard Ryan, one of three Danu principals, says the Smith & Wollensky restaurant in London has two bars, two main dining areas, a butcher shop and a dry-aging room on site. Future units will follow that model, and that of the recently remodeled two-story location in Chicago, which includes a more-casual Wollensky’s Grill concept on the first floor.

“We’ve been huge admirers of this iconic brand for decades, having hosted a great number of business dinners cutting into S&W steak,” said Ryan in a statement. “It has incredible equity and enormous potential internationally. And there is still significant untapped potential in the U.S. for S&W and the emerging Wollensky’s Grill concept. We see big opportunities for growth all around.”

Michael Feighery, SWRG’s c.e.o. and president and a 30-year veteran of the concept, says Danu shares the group’s vision for growth worldwide and recognizes investment in people and facilities is critical to the brand’s success.

“We have a tremendous global following and rich heritage that we are all so proud of,” Feighery says. “It’s time to take that passion to the next level with our partners in Ireland.”

Tommy Hart, who served as managing partner and g.m. of Smith & Wollensky New York for 27 years, is also joining SWRG’s board as part of the deal and will serve as an advisor.