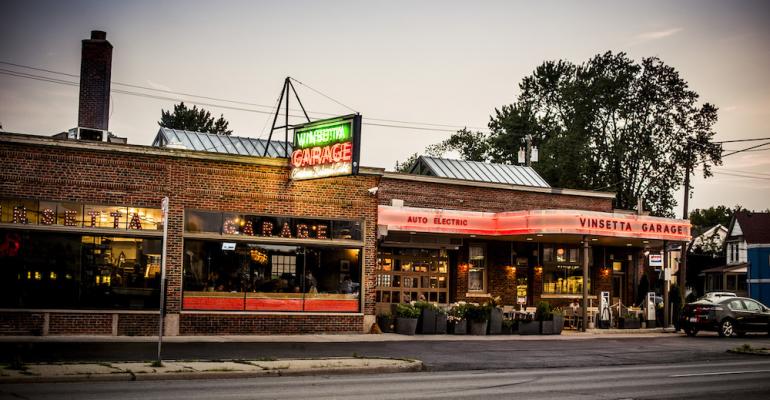 Converting former gas stations and garages to restaurants is a design craze that has gone from zero to 60 over the past few years. While that word play might be weak, the trend is strong as architects and chefs embrace their inner grease monkeys and transform service bays into service bars.

This makes sense from several points of view: Gas stations are typically in high-visibility locations, often neighborhoods that are gentrifying and boast plenty of foot traffic. In tune with the move toward adaptive reuse and repurposing, they sport loads of concrete and industrial-chic elements along with massive roll-up doors that can turn the premises into one big indoor-outdoor party scene. While this is a national phenomenon, operators in temperate and fast-growing Southern cities are uniquely suited to making the switch from fueling cars to feeding consumers.

Old service stations are driving business all over Atlanta. Smartly named Leon’s Full Service has a choice corner spot in a booming neighborhood and sports a patio, bocce court and menu items like fairytale eggplant tempura with roasted garlic and Grana Padano cheese in a balsamic reduction.  Nashville phenom Hattie B’s has set up shop nearby, and the only thing hotter than its Shut the Cluck Up variety of hot chicken served with black-eyed-pea salad is the surging crowd waiting outside. Then there’s Universal Joint, which positions itself as a neighborhood pub and runs four locations in the Southeast. Apart from its moniker, the operation keeps the vehicular puns to a minimum, but it does nod to its geography with specialties like boiled peanuts and a pimiento cheese plate. 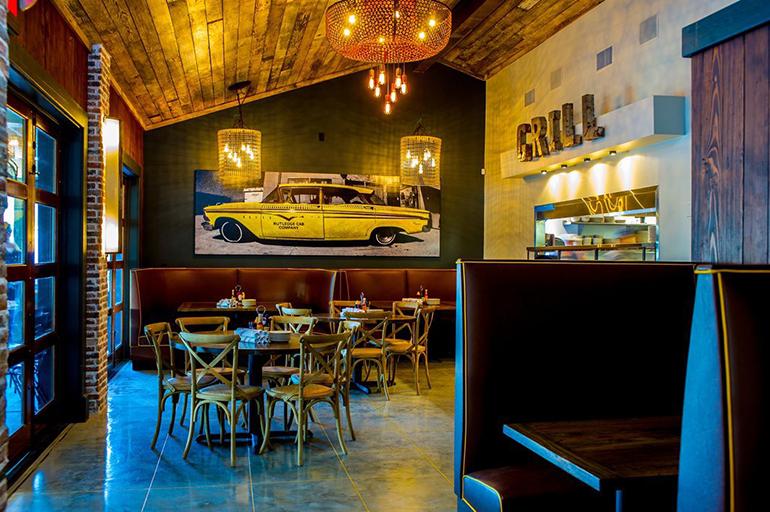 To the east, Charleston, S.C., is home to conversions like the one that houses popular Xiao Bao Biscuit, which has garnered national attention with its sophisticated marriage of Asian comfort food and classic Southern cuisine like som tam, “kick-ass spicy green papaya salad” with local vegetables. Several blocks north, Rutledge Cab Company (above) occupies a 1950s filling station that aspires to “diner chic,” which means menu items like smoked butter bean hummus or Reuben spring rolls accompanied by pepper-jelly mustard.

It’s not surprising to find Nashville restaurateurs rehabbing former automotive enterprises. The city is in the midst of a building boom that has spurred widespread architectural adaptation. Dozen Bakery is a great case in point: What started as a holiday-cookie pop-up took over a former truck repair shop in a dicey area of Nashville in 2015. Lines now form for its brown sugar and cornmeal cherry scones and lemon Madeleines. Jonathan Waxman, a James Beard Award winner who helped transform the New York City dining scene decades ago, operates Adele’s in another dodgy-to-desirable locale. The former tire center boasts a wood-burning oven and a white, quarter-sawn oak bar at which imbibers clamor for Adele’s Milk Punch, a terrific rendition of the classic New Orleans cocktail. 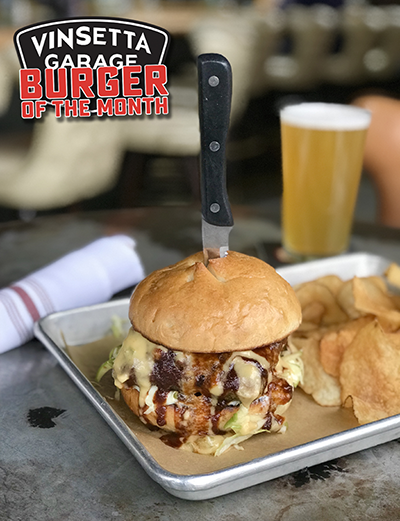 Creative restaurateurs in cooler climes are making the turn, too. Clarkston, Mich.-based Union Joints has a solid track record of repurposing local landmarks into unique eateries, with a concept portfolio that includes Fenton Fire Hall in a 1930’s firehouse, Clarkston Union in an 1840’s church and Vinsetta Garage (top and left), which occupies the oldest garage east of the Mississippi. Despite the historical setting, the menu is strictly contemporary. The recent Mike Rib Burger married sweet & sour apple slaw with coffee-rubbed boneless ribs topped with cherry barbecue & jalapeño cheddar sauce, served on a house-made torta bun.

This is a trend that won’t reverse itself. Bloomberg News last winter featured a story on turning old trucker hangouts into stylish boutique hotels that are magnets for Millennials. At the Sound View Greenport in Greenport, N.Y., the rooms boast hot-button design iconography like shiplap-cedar walls and color-blocked quilts. The restaurant celebrates local foragers, farmers and fishermen with dishes like slowly cooked local fluke with radish, green chickpeas and mint-arugula nage.

This week's top 10: Matchbox files for Chapter 11, 8 summer restaurants we're dying to try and a roundup of virtual brands
Aug 06, 2020