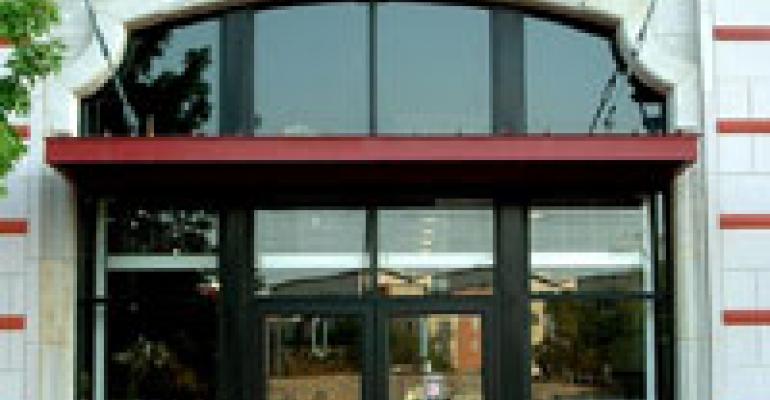 Putting A New Spin on Pizza

When Soul Daddy, the winning concept on NBC’s America’s Next Great Restaurant, closes two of its three locations after just six weeks of operation, is it a sign that the fast casual segment is slowing down? No one thinks so at 300-store Pizza Inn, which opened its first fast casual spinoff, Pie Five Pizza Co., earlier this month. The company expects to franchise this new brand at a 100-unit-per-year clip.

Dallas-based Pizza Inn has the same problem as a lot of other restaurant chains. It’s gone about as far as it can go with its original concept—Pizza Inn is a pizza buffet operation with a large salad bar having both company owned and franchised stores—and is looking for another vehicle for growth. The publicly traded company is a solid operation, posting positive same-store sales numbers of late and is on schedule to open 20 traditional stores this year.

But it still needed a catalyst for growth, which led the company to the fast casual segment. On June 3, Pizza Inn opened the first of what it hopes will eventually be hundreds of Pie Five Pizza Co. stores. The unit is located in Forth Worth, TX, and Pizza Inn president Charlie Morrison says it’s right on target for what customers expect today.

“This is true gourmet pizza prepared to the customer’s wishes without the wait,” he says. “Pie Five achieves the three most important things in the restaurant world: a delicious product delivered in record time in an exciting destination.”

The idea is that the restaurant will offer what it claims are a possible five million combinations of custom-made, fresh pizzas that are baked to the order in less than five minutes. There are also 10 specialty pies for patrons who don’t want to design their own. Customers can dine in at one of the 1,800 sq. ft. prototype’s 60 seats or carry out.

Will it succeed? Pizza Inn’s significant operating experience in the pizza segment gives it a huge leg up, and its experience in site selection shows. Unlike most of the existing Pizza Inn units, Pie Five Pizza Co. stores will be located in urban lifestyle centers in major markets. It’s a separate audience from the company’s 300 existing restaurants.

“We are filling a huge void that isn’t served by big chains stuck in price wars and forced to heat up frozen products for the lowest returns,” Morrison says.

Speaking of huge voids, Bobby Flay, Steve Ells and the rest of the judging crew on America’s Next Great Restaurant thought they saw one for a healthy soul food restaurant in the fast casual segment. That’s why they chose Jamawn Woods’ Soul Daddy as the show’s winning concept. Woods’ prize was an instant three-store chain, with three Soul Daddy units opening concurrently the day after the show’s televised finale.

It seemed like a can’t-miss proposition. Knowledgeable folks like Flay and Ells were both investors and advisors, and the real estate was as good as it gets. Soul Daddy units were situated at a trio of heavily trafficked spots: South Street Seaport in New York City, Hollywood and Highland in Los Angeles and the Mall of America in suburban Minneapolis. These are exactly the kind of locations Pie Five Pizza Co. hopes to get into one day.

Last week, two of the three Soul Daddy locations—Los Angeles and New York—closed. These stores opened on May 2 and closed on June 14, so they only had a six-week run.

What happened? Here’s the statement from the Soul Daddy’s PR team:

“The realities of running a restaurant are very difficult, more so with multiple locations in multiple cities. After a careful review of the business model and the performance of the restaurants, we have decided that our best opportunity for Soul Daddy’s success is to focus on establishing a solid footing in one location, building the brand, and developing the operations from there. We have decided to close our restaurants at Hollywood and Highland and the South Street Seaport in New York, effective June 14, and focus on developing the best restaurant we can at the Mall of America restaurant in Bloomington, MN. While it has certainly been a difficult decision, we believe this is the best approach as we work toward ongoing success for Soul Daddy.”

Let’s hope the Minnesota location works out for Woods. As for America’s Next Great Restaurant, NBC has already announced that the show won’t be returning next season.