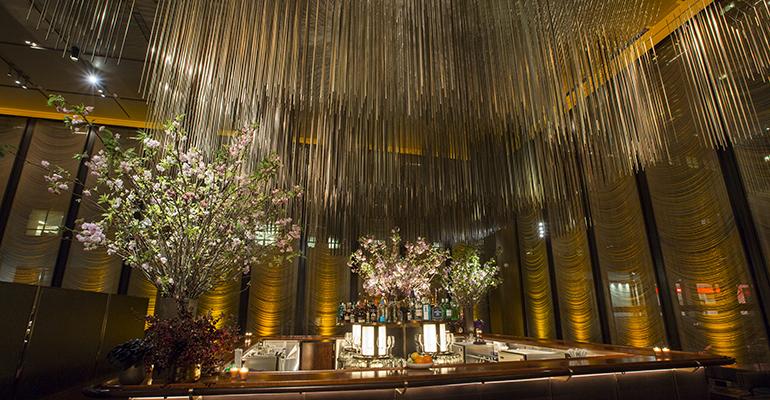 This year, Major Food Group brought to fruition a massive project that made headlines.

What’s new: The Grill and The Pool, replaced The Four Seasons at the Seagram building in New York. Coming in October: The Lobster Club.

This year, Major Food Group brought to fruition a massive project that made headlines.

The space that once housed the beloved Four Seasons, which closed last year, has been completely reworked into what is essentially two restaurants in the historic Seagram building: The Grill and The Pool, with adjacent bars.

Both restaurants attempt to recapture the stylish glory days of Manhattan’s midcentury chophouses.

The menu at The Grill includes filet mignon topped with smoked oysters and a prime rib trolley, and ice cream Charlottes for dessert.

Chef and partner Mario Carbone led menu creation for The Grill, and said it was meant to be more fun than formal. But the setting is dress-up-worthy, with original art by Joan Miro, Alexander Calder and Cy Twombly. Service captains wear Tom Ford-designed tuxedos, and tableware was inspired by the John F. Kennedy White House.

Sharing a kitchen is The Pool, which debuted a few months later, with a seafood-focused menu by chef and partner Rich Torrisi. The menu includes French turbot and surf-and-turf combinations like lamb with scallops and duck with crab. The Pool boasts a large collection of Chateau d’Yquem wine, with bottles dating back to 1811.

Coming next is The Lobster Club, a Japanese restaurant to open in October, which Eater New York reported will also be in the Seagram building, on the lower level of the former Four Seasons space.

The restaurants so far are extravagant and shockingly expensive, but early reviews have been positive, in part because the concepts evoke a fantasy of the past that most diners today don’t know or remember.

Major Food Group is not new to the old school.

The sandwich-shop-by-day, higher-end-at-night Torrisi Italian Specialties, once the group’s crown jewel, closed in early 2015 and was re-concepted as a test kitchen — indicating there is more to come.

Next: The Dinex Group