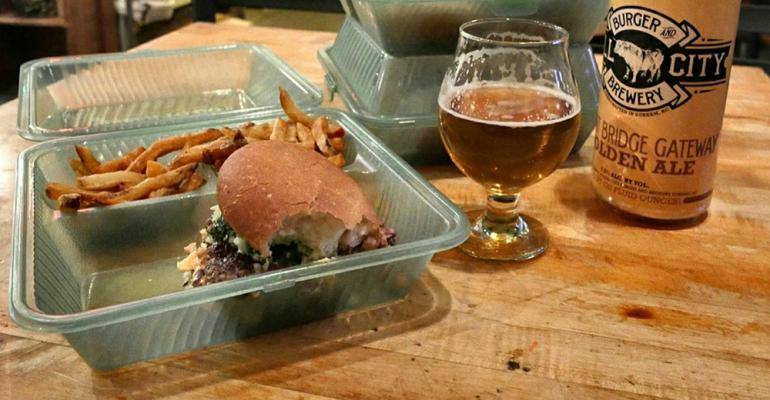 Taking the trash out of takeout

When Seth Gross in 2011 opened Bull City Burger and Brewery in Durham, N.C., he asked the Durham County Health Department if he could encourage his customers to bring in their own Tupperware for takeout orders.

His concern is one shared by both restaurant operators and customers alike: Plastic and Styrofoam containers are used for just minutes before spending centuries in landfills.

“In short, the health department said I was crazy and there’s no way that would be okay due to sanitation concerns,” he said. 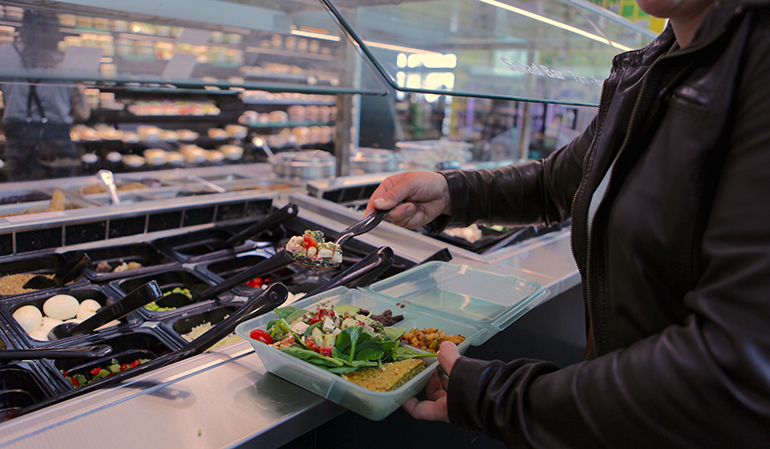 With GreenToGo, a program launched by non-profit Don’t Waste Durham less than a year ago, customers pay $25 a year to have their takeout orders packed in reusable containers at participating vendors. When they’re done, those customers drop off boxes in bins around the city where they are picked up by GreenToGo staff via carbon-neutral transportation.

The used boxes are then taken to a commercial kitchen to be washed and sanitized before they are redistributed to the restaurants.

“We got them onboard as allies, and they’ve helped design GreenToGo,” she said. “We are permitted and inspected by them as a warewashing service, which has given us creditability with the restaurant community that we’re more than above board with health code requirements.”

Currently, GreenToGo only offers one type of reusable container to its 30 participating restaurants, and it’s waived any service fees for vendors adopting it in its first year. As the program becomes more widely used, more containers will be made available and restaurants charged a small fee.

While GreenToGo is fairly new, GO Box, another similar program launched in Portland seven years ago, has 70 participating restaurants. GO Box offers four types of containers and has already saved 120,000 single-use containers from the waste stream, the company said.

GO Box hopes to expand to other cities via a franchising program — so far it’s been in launched in San Francisco. 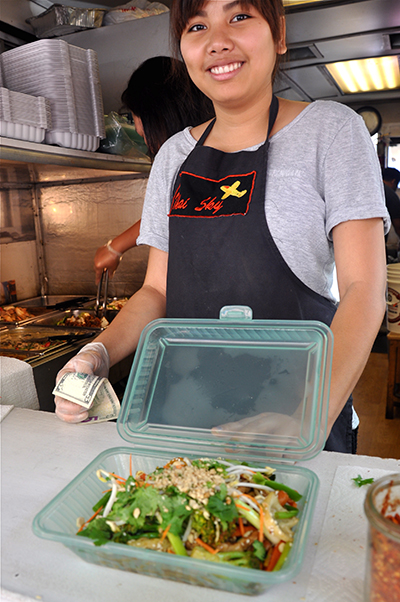 “The best restaurants for programs like ours are places that do a lot of take out — in fact, that might be their primary business,” said Laura Weiss, GO Box’s founder. “Vendors focused on healthy options usually find that their customers are enthusiastic about using reusable containers.”

With GO Box, customers are charged $18 a year for a one-box-a-time membership and restaurants pay a 20-cent fee for each GO Box transaction.

Paper goods can account for as much as 2.5 percent of costs, said Lindsay Moriarty, co-founder of Monuts, a GreenToGo restaurant.

“Whittling that down is certainly a wonderful thing,” she said, “but our motivation behind participating in GreenToGo is about the environmental benefits. Any savings is only a side benefit.”

Right now, the programs in all three cities use Eco-Takeout containers made from BPA-free number five plastic and are touted to be airtight, leak-proof and better at retaining temperatures than most single-use containers.

Manufacturers claim that each box can be used upwards of 500 times and GO Box holds that when one box is used 40 times, it has created 10 times less greenhouse gasses than 40 compostable containers.

Both GO Boxes and GreenToGo point out the marketing advantage of becoming a participating vendor, because restaurants appear on the apps, web sites and social media campaign — enticing subscribers towards repeat business. Another chance for new business is when offices or companies sign up for a corporate program, in which each employee is given a membership and a collection bin placed on-site where they work.

​Restaurants say there are very few challenges to participating aside from finding space to store the boxes and making sure all staff are aware of the program.

“It’s pretty easy to pack food to go regardless of the container,” said Gross of Bull City Burger. “The real challenge is more about changing people’s behaviors. How many reusable grocery bags do we all have and then we forget to take them into the store every trip?​”

David Filippini of Kokyu, a Durham restaurant that already composts waste at a nearby farm, uses corn-based plastics and other compostable material for to go packaging. But his staff gives a loud praise of recognition when customers use GreenToGo.

“We make a big deal about recognizing the good that they’re doing and thanking them on the spot,” said Filippini. “We make sure other customers hear, and we’ve had others sign up for the program by downloading the app right there and then. We’re happy this is the direction customers are going, and we’re glad to have a way to adapt with them.”