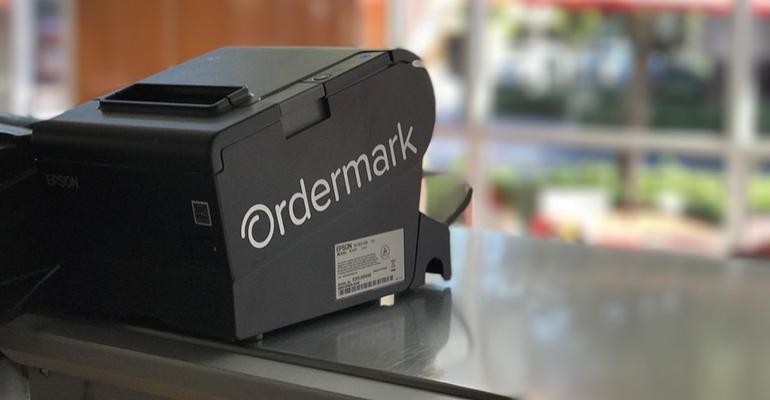 Ordermark, orderTalk, Olo and others roll out products to reduce bottlenecks

In recent years, third-party delivery has boomed in the restaurant industry. While services like DoorDash, Grubhub, UberEats and many others have made it easy for consumers to order delivery, they have also created bottlenecks and confusion for operators. But new tech aims to streamline the process.

Alex Canter grew up in his family’s Los Angeles restaurant, Canter’s Deli. He’s the fourth generation to work at the restaurant, after his great-grandfather founded it 86 years ago.

Canter’s serves traditional deli staples like matzoh ball soup and pastrami sandwiches, but it kept up with the times by introducing delivery with third-party providers. The restaurant first partnered with Grubhub, DoorDash and Postmates, but the roster of services kept growing until it hit 14 providers. Employees were struggling to keep up with an inflow of orders from a dozen tablets.

“I realized there had to be a better way to manage this,” Canter said.

He approached the printer company Epson to create a solution for restaurants to more seamlessly work with multiple online ordering platforms, and Canter formally organized his new company, Ordermark, in January.

While Ordermark was born from a need at Canter’s Deli, Canter quickly realized that the problem was universal. Ordermark now works with more than 100 restaurant brands, including smaller operators and bigger chains such as Yogurtland, Halal Guys and Charleys Philly Steaks.

“When restaurants are looking to manage online ordering, there’s no need to experiment when they can use a service like ours to expedite the learning curve and come up with a strategy we’ve proven out to work,” Canter said.

Ordermark isn’t the only provider offering to streamline delivery. OrderTalk and Olo have also developed services to solve some of the operational difficulties of third-party delivery.

In September, orderTalk unveiled ERICA, software based on artificial intelligence that aims to facilitate order input and can work on any point-of-sale system. OrderTalk CEO Patrick Eldon outlined the challenge.

“Even once you are integrated into the API, every POS system is configured separately,” he said. “You then have to spend a lot of time mapping the menu, how it’s been structured in the POS system, including the POS codes, the modifiers, coupons, deals and all of those things. It takes an enormous amount of time.”

ERICA, which stands for “Emulated Register Input Control Adapter,” is interactive software that is installed onto the POS system. After a set-up time of one and a half to two hours, ERICA can receive orders from any POS system.

“You actually wouldn’t need all the tablets delivery companies are handing out,” Eldon said.

Olo is also working to streamline delivery with two services: Rails and Dispatch. Rails eliminates the need for multiple tablets, but still allows restaurants to be listed with multiple third-party delivery providers.

“It’s an API that’s meant to simplify the administrative life and the operational life of the restaurant,” Olo CEO Noah Glass said.

Dispatch lets restaurants offer delivery, even if they don’t have their own drivers. It also coordinates the preparation of food at the restaurant with the courier’s pick-up time.

“If you’re serious about delivery, you should launch your own capability thru Dispatch first,” Glass said.

Smaller chains are finding that streamlining delivery services can help.

“We’re in beta with some companies that are consolidating all those orders,” said Frank Klein, founder, president and CEO of Asian Box, a nine-unit chain based in Palo Alto, Calif. “We are seeing the benefits of having those orders consolidated.”

Third-party delivery has helped Asian Box dramatically increase order volume, and it was an early adopter of the service. Klein noted that DoorDash was founded near Asian Box’s Palo Alto hometown, and that they’ve been good partners to each other.

But whether operators use streamlining services or not, it’s all a matter of time management, he said.

“I don’t care if you have one iPad or 10 iPads, you’re getting more business in,” Klein said.

Too many operators see digital delivery as a negative, he said, but he sees it as a benefit for the business.