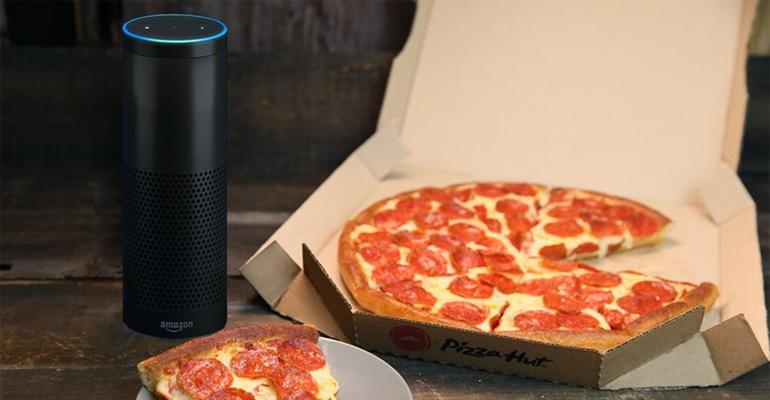 Asking Alexa: How long a wait at my neighborhood bistro?

She’s one of the hottest holiday gifts of the year and restaurants want a piece of her action.

She’s Alexa, the artificially intelligent voice of the Amazon Echo and related products, which will likely be found in millions more homes after Dec. 25.

Last week, DineTime added another feature that will help consumers use Alexa to decide where to eat: The wait time at their restaurant of choice.

DineTime is a restaurant network of QSR Automations, the Louisville, Ky.-based provider of restaurant hardware and software. The company provides table management, kitchen display systems and other services to more than 70,000 restaurants around the world.

Because QSR Automations is already tapped into restaurant guest lists and kitchen systems, that data can be used to predict wait times at any of their client restaurants.

That’s where DineTime comes in. Consumers can download the DineTime app to determine how long a wait they might have at their local Olive Garden, for example, or any independent restaurant that is part of the QSR Automations network.

Now guests can also do that through Alexa by saying, “Alexa, enable the DineTime Skill” to any Alexa-enabled device, including the Echo, Echo Dot, Tap and Amazon Fire TV. Soon, Alexa will be able to go a step further, allowing guests to put their names on a waiting list or make a reservation, says Lee Leet, founder and CEO of QSR Automations.

And in 2017, Alexa’s voice-activated technology will also be incorporated into the DineTime app to allow guests a hands-free way to ask about restaurant wait times, even if they don’t have an Echo or related product, he adds.

So far, QSR Automations has been working mostly with restaurant chains. Leet says the up-front equipment costs have been daunting for some smaller operators. But that may soon change.

In 2017, QSR Automations is planning on making a big marketing push to include a broader range of restaurant operators, including independents. The company is planning to roll out a cloud-based system that will reduce some of the equipment costs, allowing restaurants to use iPads, for example, and opening the door for more independent operators to use the company’s table management and kitchen display services.

As a result, any corner bistro that signs on will be included in Alexa’s recommendations, and she’ll be able to give a real-time estimate on how long a wait there might be to get a table for dinner on any given night.

“We already have most of the national chains,” he says. “Now we want to put meat on the bones to get some more local flavor as well with independents.”