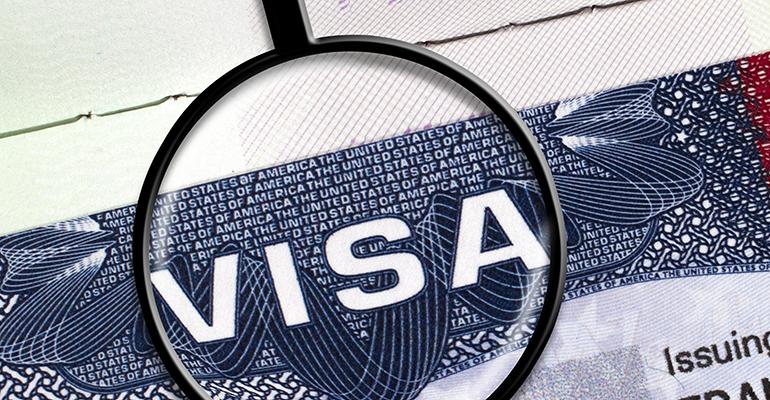 Is the L1B visa for specialty chefs dead?

Should ethnic restaurants in the U.S. be allowed to import specialty chefs from overseas?

Do some foreign chefs have unique “culturally acquired knowledge” that is essential to creating an authentic experience for American diners?

Is the “need” for foreign specialty chefs just a ruse for U.S. restaurants to cut labor costs?

Or do foreign chefs who are critical to an ethnic restaurant’s operations in fact create jobs for U.S. workers?

These burning questions have been brought to light by the curious case of Brazilian gaucho chef (churrasqueiro) Rones Gasparetto. Gasparetto was sponsored for a U.S. work visa in 2010 by Fogo de Chao, a Brazil-based chain with more than two dozen outlets in the US. Fogo’s cuisine focuses on the churrasco, a traditional festive style of preparing and serving meat derived from the gaucho culture of the Rio Grande do Sul region of southern Brazil.

Before examining the details of Gasparetto’s case, it’s important to address the question of whether U.S. restaurants should be allowed to sponsor specialty chefs for visas in the first place. There is no clear path under the immigration laws to do so. Upscale restaurants can sometimes use visas such as the O1 (for extraordinary ability workers) or H1B (for professional workers in a “specialty occupation”). Training visas such as the J1 allow foreign chefs to come to the US for a brief period, usually no more than 12 months. Visas exist for culturally unique workers (the P3 for culturally unique artists and entertainers and the Q1 for participants in an international cultural exchange program), but these visas are not generally granted to chefs or other restaurant workers (unless, in the case of the Q1, they are sponsored by Disney).

What, then, is a restaurant to do? One visa category that restaurants have leveraged to sponsor specialty chefs, with varying success, is the L1B.  That’s the category Fogo used to sponsor Gasparetto in 2010. (And, by the way, Fogo had already received more than 200 L1B approvals for other gaucho chefs when it filed a petition for Gasparetto.)

Fogo de Chao is the perfect example of an organization that ought to be able to use the L1 visa to sponsor foreign workers.

The L1 visa category was created by Congress in 1970, to “help eliminate problems … faced by American companies having offices abroad in transferring key personnel freely within the organization.” The question in the Fogo case is whether the gaucho chefs are the type of “key personnel” that Congress envisioned when it created the L1 category.

Fogo’s restaurants attempt to create an authentic churrascaria experience, such as one would experience in the Rio Grande do Sul region of southern Brazil. As part of this authentic cultural experience, each restaurant employs a number of gaucho chefs, like Gasparetto, who not only have undergone two years of specialized training with the company in Brazil, but also grew up steeped in the cultural traditions of the Rio Grande do Sul region. These gaucho chefs serve American customers, and train the company’s U.S. workers in the “art of churrasco.”

Fogo is now locked in battle with the U.S. government over which “key personnel” it should be allowed to transfer to the United States from its corporate operations in Brazil. The Gasparetto case hinges on the question of “culturally acquired knowledge”—that is, aside from any skills and knowledge imparted to Gasparetto in Fogo’s two-year corporate training program in Brazil, do his life experience and knowledge of his native culture and traditions count as specialized knowledge? In other words, do Brazilian-born gaucho chefs such as Gasparetto grow up with culinary and cultural traditions that cannot be learned at any culinary school in the U.S.?

Some critics argue that Fogo is trying to trim costs by importing cheap foreign labor. This argument seems disingenuous, considering the undisputed shortage of culinary workers in the U.S. and the immense amount of time and money Fogo has spent appealing the Gasparetto case twice in federal court (the case made it to the U.S. Court of Appeals for the District of Columbia Circuit in 2014, was sent back to USCIS and is once again in federal court).

Further, the evidence in the Gasparetto case shows that Fogo churrasqueiros actually create jobs for U.S. workers, because Fogo only seeks L-1B visas for about three to five foreign workers at each U.S. restaurant. Those restaurants typically employ 60 to 90 workers total, the vast majority of them hired locally. If the company cannot deliver the authentic gaucho experience, then it has a harder time growing, expanding and creating U.S. jobs, as it has done over the past two decades.

Becki Young, cofounder of Hammond Young Immigration Law and head of the firm's hospitality practice, is a seasoned business immigration attorney with 20 years of experience in the field.