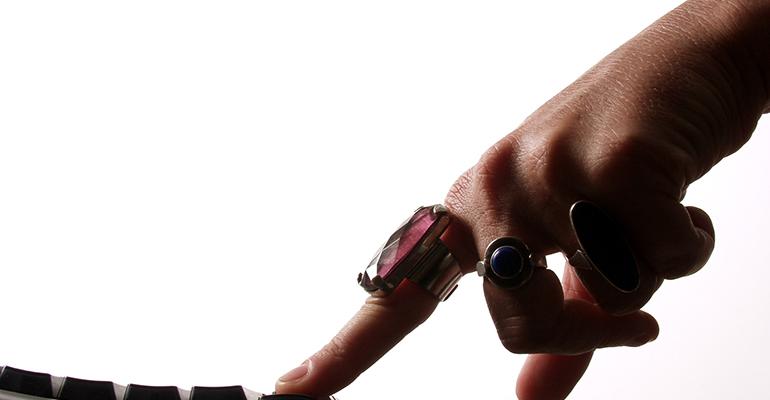 The rules that govern a restaurant’s ability to fend off from negative online reviews and comments are changing, and not in ways that favor the owner.

The latest wrinkle: You can’t fire employees who publicly gripe about their job on Facebook, even if they’ve agreed to a policy that says that’s what will happen if they do.

Also in the works: One still-legal way restaurants have to squelch negative consumer reviews on sites like Yelp may disappear if the “Consumer Review Freedom Act of 2015” passes Congress this session.

The no-fire ruling came in a case—Three D, LLC d/b/a/ Triple Play Sports Bar and Grille v. National Labor Relations Board—decided last month by the U.S Court of Appeals for the Second Circuit. It addressed the termination of two Triple Play employees. One had written a Facebook post disparaging the manner in which the restaurant handled its income tax withholding. The other had merely “liked” the original post.

The NLRB’s argument that both employees were protected under the National Labor Relations Act prevailed.

“It didn’t matter that there was no union to be found on the premises,” says Carmon Harvey, an attorney with LeClairRyan in Philadelphia. “The National Labor Relations Act (NLRA} protects concerted activity by all employees, even those unaffiliated with any union.

“It also didn’t matter that customers could see the public employer-bashing, because the content wasn’t directed at customers, was not defamatory, and did not tend to disparage the employer’s brand, products, or services. This meant that their subsequent terminations were a big NLRA no-no.”

More crucially, the court also ruled that Triple Play’s policy regarding internet and social media had overreached. Even though it warned employees not to bad-mouth the restaurant on social media and said what would happen if they chose to do so, those activities are protected under the NRLA.

“The Company supports the free exchange of information and supports camaraderie among its employees. However, when internet blogging, chat room discussions, e-mail, text messages, or other forms of communication extend to employees revealing confidential and proprietary information about the Company, or engaging in inappropriate discussions about the Company, management, and/or co-workers, the employee may be violating the law and is subject to disciplinary action, up to and including termination of employment. Please keep in mind that if you communicate regarding any aspect of the Company, you must include a disclaimer that the views you share are yours, and not necessarily the views of the Company. In the event state or federal law precludes this policy, then it is of no force or effect.”

The net result here for other operators: if your employees want to hate on your restaurant on social media, they have the legal right to do so, even if they’ve agreed otherwise in writing.

Consumers’ rights to post negative reviews of restaurants, malicious or otherwise, could also be on firmer footing soon. The Consumer Review Freedom Act of 2015 (S. 2044 and H.R, 2110), now working its way through Congress, is nominally designed to enhance First Amendment protection of free speech.

A key part of the bill takes aim at the common practice of having a consumer who clicks on an “I agree” button assenting to terms of service and unwittingly also agreeing to a nondisparagement clause. Penalties for a subsequent negative online review can be harsh. Companies such as restaurants can report a review writer who don’t pay this fine to credit bureaus, ruining that person’s credit.

How it would work

Here’s how it would work, according to a release from three senators who are backing it.

“The Consumer Review Freedom Act protects consumers from unfair non-disparagement clauses that are appearing in a larger number of non-negotiable form contracts. This practice can occur when one party imposes a standardized contract without a meaningful opportunity for parties to modify the contract. Businesses can use these clauses to penalize or seek fines from customers for negative but honest reviews of their services on websites such as Yelp or TripAdvisor.

“Non-disparagement clauses stifle consumer speech by silencing fair criticism in public forums, particularly on websites. An example of a non-disparagement clause the Utah case of Palmer v. KlearGear.com where a website demanded a customer remove a negative online review or pay $3,500 in damages because the website’s terms of service included a non-disparagement clause. When the customer refused to pay the penalty, the website reported the $3,500 to credit reporting agencies as an unpaid debt.” This practice is currently legal in every state except California. Online retailers, medical practitioners and many other industries are the principal users. Restaurants might include nondisparagement clauses in their terms of service for awards club participants, make them part of their online ordering agreement or use these clauses in other situations where customers must agree to certain conditions before a service is rendered, such as booking a party, event or banquet.

If that’s you, be aware that this option could soon disappear.

“The internet is a critical economic engine, increasingly used for all types of commerce and communication, including for consumer reviews. Some organizations have sought to stifle customers’ abilities to express their opinions online by threatening punitive action if a customer leaves a negative review,” says Rep. Darrell Issa (R-CA), one of the bill’s bipartisan sponsors. “The mere threat of monetary penalties or fines for writing honest reviews would chill the free exchange of opinions we expect to find on the Internet. The Consumer Review Freedom Act would put a stop to these outrageous attempts to silence free speech online.”

A Senate commerce committee hearing in early November featured plenty of testimony from this bill’s supporters. No one spoke in favor of retaining the practice. The operating assumption of the committee seemed to be that all online reviews, even bad ones, are fair, high-minded and ultimately helpful. Many restaurant operators would beg to differ.

The “Consumer Review Freedom Act of 2015” is not expected to pass in the current session. But it will likely be reintroduced in the future. If you don’t already understand online reputation management strategy, now might be a good time to start investigating it.