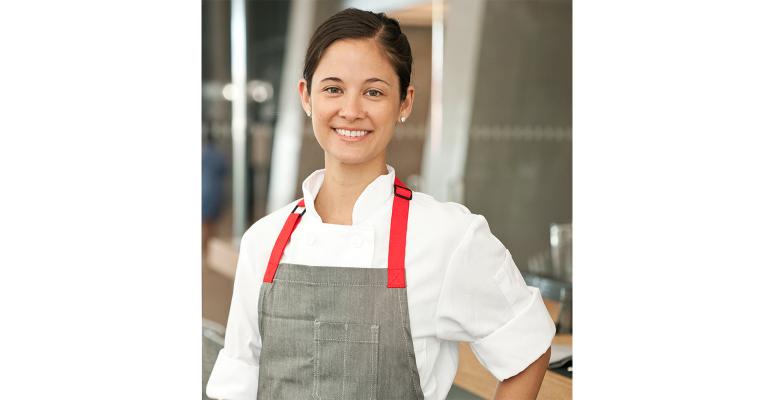 On the Rise: Suzanne Cupps

Restaurant Hospitality has identified 12 chefs and restaurateurs who are getting ready to break out. They are ones to watch now. See the full list >>

Suzanne Cupps had no intention of becoming a chef.

“I had no interest in food growing up,” said Cupps, who is executive chef of Untitled, the restaurant at New York City’s Whitney Museum of American Art. She was the first woman in the 14 full-service restaurants of Danny Meyer’s Union Square Hospitality Group to hold the title of executive chef, although another woman, Emily Brekke, has been appointed executive chef at North End Grill since then.

“I didn’t even know hospitality was a profession,” Cupps said.

She grew up in Aiken, in western South Carolina, where people mostly entertained at home. She studied math and education at Clemson University in her home state, thinking she would become a teacher.

“I didn’t have a passion for it,” Cupps said.

She just knew that she didn’t want a desk job, and as a teacher she’d be able to walk around.

Upon graduation, with little money or ambition, she nonetheless moved to New York City, a place that requires the former and expects the latter. After seven months selling advertising for sports publications by cold call, she ended up working in the human resources department at the Waldorf-Astoria and learned that hospitality was something people actually did for money. Intrigued, she enrolled in the Institute of Culinary Education in New York City and snagged an externship at Gramercy Tavern. Upon graduation, she was snatched up by Anita Lo, executive chef and owner of the fine-dining restaurant Annisa, also in New York City.

At that point, it still wasn’t the flavors of the food that entranced her about her job, Cupps said. Rather, it was the process — dicing vegetables precisely, making the perfect julienne — the methodical repetition that is at the heart of restaurant cooking.

After several years at Annisa, she returned to Gramercy Tavern, where Michael Anthony had since replaced Tom Colicchio as executive chef. She was opening chef de cuisine of Untitled, and last March became executive chef.

“What surprised me the most was how smooth the transition was,” Cupps said.

Anthony’s management style meant that even as a sous chef she was creating dishes and was responsible for certain aspects of managing food cost, she said.

Although Cupps said she has come to love food and now is enamored with creating beautiful flavor combinations, it is still the process and problem solving — which drew her to math — that also drives her as an executive chef. That means costing things out, scheduling staff and conducting the complex dance that is running a professional kitchen.