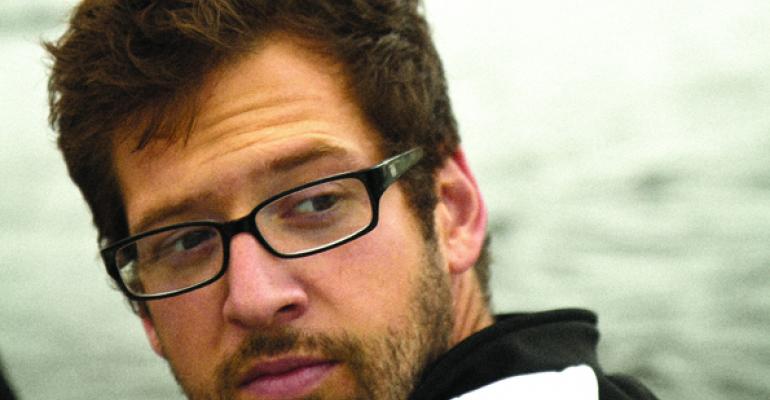 Back in 2009, Matt Lightner caught our collective eye at Restaurant Hospitality as he was about to take the helm of Portland’s most beloved restaurant, Castagna. Before arriving in Oregon, Lightner took Spain by storm, touring the Andalucian olive presses, Iberian pig farms and Basque cheese caves, all while toiling at Spain’s celebrated restaurant, Mugaritz. We named him one of 10 to Watch in 2010, also knowing that he had apprenticed with Chef Rene Redzepi at Noma in Copenhagen. He did not disappoint. Later that year, Food & Wine declared him a Best New Chef, and he was on the James Beard Foundation’s short list for Rising Star Chef in 2010 and 2011.

So you can imagine how excited we were to hear that Lightner had left Portland to assume the executive chef’s post at an ambitious New York City restaurant called Atera. It’s a ballsy move that leaves little room for error considering Atera has only 18 seats (13 at a dining bar and a five-top table) and a rotating 20-course tasting menu ($150) influenced by the forage-focused cuisines he studied in Scandinavia and Spain.

At Atera, Lightner’s menu progresses from snack-like items (Crispy Sunchoke Skins; Foie Gras “Peanuts”) to larger dishes (Ragout of Fish Cheeks with seaweed butter; BBQ Lamb Collar with sassafras root beer and chicories). Adam Platt of New York magazine gave Atera a four-star review, describing Lightner’s menu as deceptively sophisticated. “He (Lightner) wants to stimulate, to educate, and to entertain, and in terms of range, technique and quirky inventiveness, he does as good a job of this as any chef in New York since the glory days of the great molecular gastronomist Wylie Dufresne.” That high praise suggests that Lightner’s star will continue to rise for years to come.