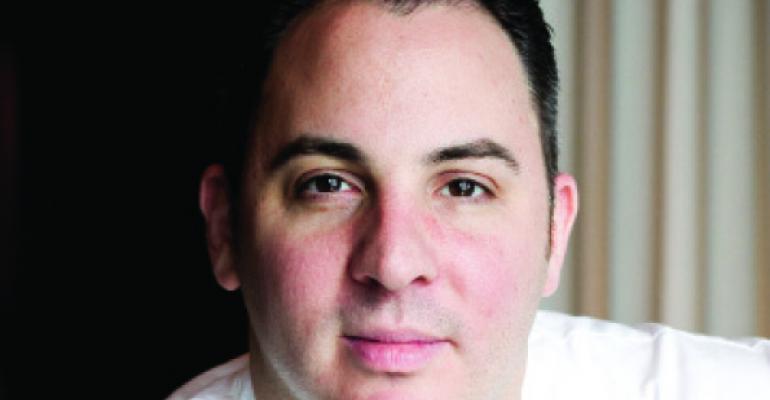 Doug Psaltis, a 2006 Restaurant Hospitality Rising Star, is the executive chef/partner of RPM Italian, a Lettuce Entertain You Restaurant in Chicago. Two of his partners there are television personalities Giuliana and Bill Rancic. Before arriving in Chicago, Psaltis worked with a number of culinary heavyweights, including David Bouley, Alain Ducasse and Thomas Keller.

1. One thing you don’t know about me is that I’m an amateur distiller.

3. One of my most memorable meals was at Jean Luc Figueras in Barcelona.

4. If there was no olive oil I’d have no reason to live.

6. If I were on death row my last meal would take place on the coast of the Mediterranean sea and consist of simply prepared grilled octopus with great olive oil, freshly picked lemons and oregano that had been dried on the branch.

7. My worst culinary creation was beet marshmallow. I had the chance to enjoy this combination at El Bulli and noticed a lot of chefs were replicating dishes from the restaurant. I recorded the beet marshmallow recipe from a friend and realized that some things are better when they are eaten in the right context.

8. If I could change one thing about me it would be to understand and speak more languages.

10. If I could do it all over again I would be an engineer.