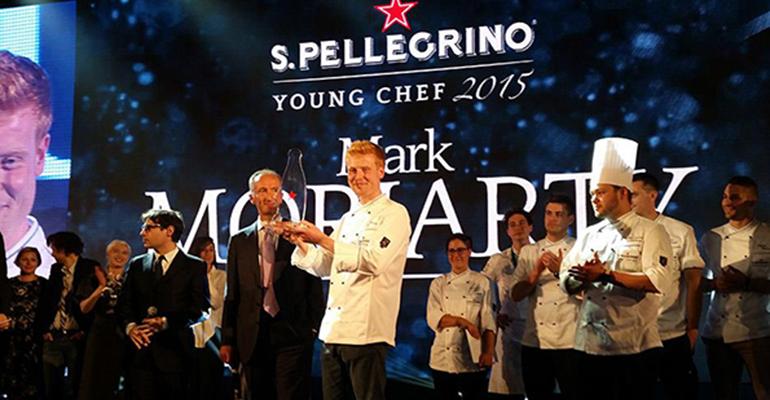 Ready for the big leagues?

The event is packed with stars from the culinary world, such as Wylie Dufresne, the celebrated chef-owner of wd-50 and Alder, both in Manhattan. “I witnessed a remarkable level of talent amongst the contestants last year and now the bar has been set,” says Dufresne, who served as a 2015 regional competition judge and mentor to U.S. regional winner, Vinson Petrillo, in the Milan finale. Dufresne is back as a judge for this year’s global finale, where he will be joined by David Higgs, Carlo Cracco, Gaggan Anand, Elena Arzak, Mauro Colagreco and Roberta Sudbrack.

Want to compete? Eligible chef contestants must be 30 years of age or younger and hold the position of sous chef, chef de cuisine or chef de partie.

ALMA, the international educational and training center for Italian cuisine, will select up to 10 semi-finalists for each of the 20 regional competitions based on online submissions. From there, semifinalists will compete before a regional jury of acclaimed chefs, and one winner from each market will continue on to participate in the Grand Final Event in Milan in 2016.

"The S.Pellegrino Young Chef competition offers young chefs the chance to showcase their skills while also learning from some of the best culinary figures in the world," said Dufresne.

"The experience is one that I will never forget. I met so many fantastic chefs along the way and the title has made an incredible difference to my career as a whole," says Mark Moriarty, now a co-owner of The Culinary Counter in Dublin, Ireland, and the S.Pellegrino Young Chef 2015 winner.

Call for chef applications will open on January 1, 2016. Visit www.finedininglovers.com for more information on the S.Pellegrino Young Chef 2016 competition, or follow #SPYoungChef on Twitter.