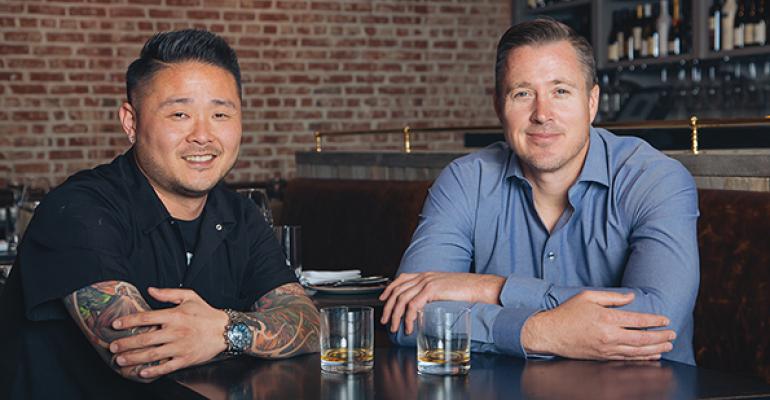 SINGLE CONCEPTS:
• Little Sister (a menu reflecting the European colonization  of Southeast Asia)
• Abigaile and The Brewery at Abigaile (global cuisine and house-brewed beer in a space that was once a church and artist gallery)
• Día de Campo (a modern surf lodge, of sorts, in Hermosa Beach)
• Wildcraft (a modern Italian tavern experience in Culver City with a focus on the cuisine of Piedmont)
• Steak & Whisky (an American steakhouse rooted in French technique)

UPCOMING PROJECTS:
• Little Sister (a unit will open this summer in downtown L.A.)
• Unnamed (a new concept will open in Redondo Beach this summer. Details are still hush hush)

WHY IT’S COOL:
Here’s a classic example of a one-two punch. The founder of Blackhouse is Jed Sanford, who can squeeze the life out of numbers. He worked as a c.p.a at Coopers and Lybrand and later in the management consulting division at Price Waterhouse Coopers. Most importantly, he understands that top culinary talent is vital to creating a great restaurant group. Enter Tin Vuong who, surprisingly, has a degree in economics from UCLA, but is the heart and soul of every Blackhouse kitchen. He also has a culinary degree, which got him into the kitchen of the St. Regis Hotel in Monarch Beach, CA, where he was responsible for eight chefs and four restaurants. At Blackhouse he’s creating a variety of terrific concepts, with two more on the books this year. Together, Vuong and Sanford are creating a brand that instills envy in competitors.