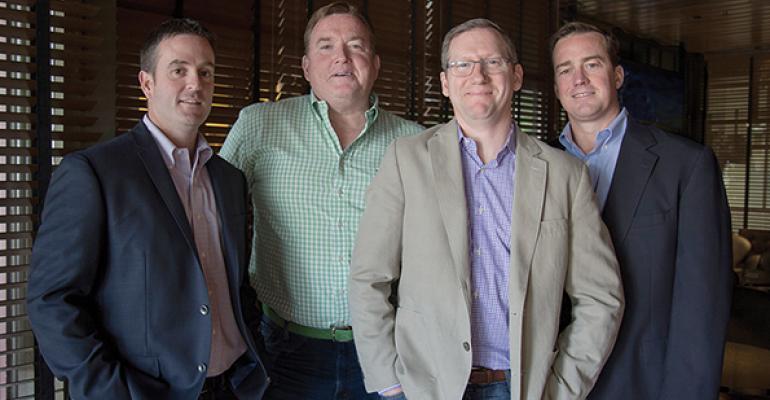 WHY IT’S COOL:
Who isn’t impressed when you see the manager of a restaurant orchestrating the experience like a maestro? Now, imagine you have four of those ace managers operating a restaurant group; that’s 4 Star. Three of the owners cut their teeth working for Houston’s restaurants, which is tantamount to getting a master’s degree in restaurant management. Their combined knowledge has led to the creation of several great neighborhood restaurants. We’re talking about fun, comfortable places where you’re well cared for. And all of their restaurants feature from-scratch kitchens and very well-trained servers. The food at 4 Star restaurants is rock solid, but the owners felt it could be even better. So they recently hired chef Todd Stein as corporate chef. This guy’s a top gun with a skill level that’s off the charts. Most customers don’t expect great food at a neighborhood restaurant, but that’s exactly what they’re gong to get with Stein fanning the flames. Bravo to your 4 Star dudes; you’re now holding a royal flush.