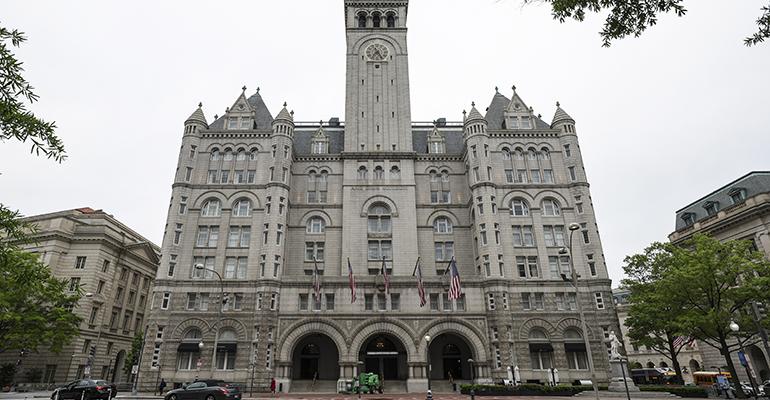 José Andrés said details would come later, but the news comes six years after he pulled out of a project to open a restaurant in the historic building, which had undergone a $200 million renovation that included a 270-room Trump International Hotel.
People

After years of legal and social media battles with former president Donald Trump, José Andrés announced on Instagram on Monday he will finally open a restaurant in the historic Old Post Office building in Washington, D.C.

“Today after a longtime dream of 30 years I am announcing we will be opening in the Old Post Office, bringing my beloved @bazaarbyjose to DC!” he wrote. “Building longer tables right on Pennsylvania Avenue, in the heart of our nation’s capital, welcoming people from across the city and the world.”

Andrés said details would come later, but the news comes six years after he pulled out of a project to open a restaurant in the historic building, which had undergone a $200 million renovation that included a 270-room Trump International Hotel. Andrés’ restaurant, which was initially to be called Topo Atrio, was to anchor the hotel lobby and the chef’s ThinkFoodGroup was to handle food and beverage for the Trump property.

That changed after then-presidential-hopeful Trump in a 2015 speech referred to Mexican immigrants as criminals, drug traffickers and rapists, which sparked a “Dump Trump” movement, with a number of brands cutting ties with the candidate and his companies.

Andrés at the time said it would be impossible to move forward with the project. “More than half of my team is Hispanic, as are many of our guests,” he said in 2015. “And, as a proud Spanish immigrant and recently naturalized American citizen myself, I believe that every human being deserves respect, regardless of immigration status.”

Lawsuits filed by both sides followed and eventually led to a settlement, though terms were not disclosed. Meanwhile, BLT Prime chef and restaurateur David Burke operated a restaurant in the space.

Earlier this year, Trump’s D.C. hotel lease was sold to Miami investment fund CGI Merchant Group, which plans to turn the hotel into a Waldorf Astoria, according to The Washington Post.

ThinkFoodGroup operates  locations of the Bazaar concept in Las Vegas, Miami and Chicago, and one is coming soon to New York City, according to the company’s website. In Los Angeles, the original Bazaar location in Beverly Hills closed, and will reopen this year as Bazaar Meat downtown in The Grand LA project.

In addition to his work with World Central Kitchen feeding Ukrainians during the Russian invasion, Andrés is the subject of a documentary released last month on Disney Plus, and produced by Ron Howard.