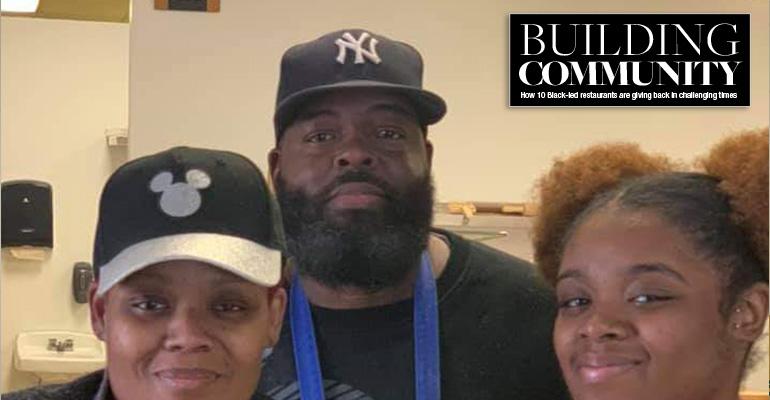 When a doughnut shop fell into his lap, Braden, who used to work at a Nike distribution center, set out to make it the best in the city

Rueal Braden was working as a corporate chef at the Nike distribution center in Memphis, when his cousin in commercial real estate asked him to give a tenant — a struggling doughnut shop — some advice.

“He was renting from my cousin, so my cousin wanted me to come check out the doughnut shop to see what we could do to boost the business,” Braden said.

But as Braden came up with suggested changes, the shop owner decided to give it up. He sold the doughnut operation to Braden’s cousin — who then told Braden the business was his if he wanted it, but he had three days to decide.

“He came to me on Dec. 28 and gave me three days to make a decision on whether I wanted to have my own doughnut business,” said Braden. “I had never done doughnuts before. I’m mostly a savory chef. I hate baking with a passion. When you’re doing savory you basically can freestyle. When you’re baking, all the measurements got to be right.

“I was like, I really don’t want to do this baking thing,” he continued. “But I kind of want to see if I could run my own business. So I done jumped out there and did it.”

And so Blues City Donuts launched in January. But, of course, the shop only had a few months before the pandemic locked down the city and the doughnut shop was forced to close temporarily.

As a longtime chef, Braden’s first impulse after the shutdown was to use the product he had to feed those in need, including restaurant workers. A former teacher of his from culinary school organized a nonprofit effort to feed restaurant workers in need. Braden donated about 100 dozen doughnuts.

“I had a lot of friends who were furloughed,” he said. “That was kind of dear to my heart.” 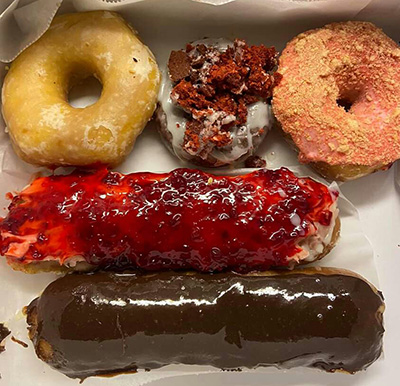 Once the state and city allowed restaurants to reopen with limited capacity, Braden was able to get his business back fairly quickly. Conveniently, the doughnut shop has a drive-thru, and he said business has been steadily growing.

Braden’s plans are straightforward: “I want to be the best doughnut shop in Memphis,” he said.

Braden is also bringing in “pure creativity” to develop doughnuts with standout toppings, like the one topped with crushed Jolly Ranchers. Also popular is the Guji Mane, which is a chocolate donut spiked with locally roasted and Black-owned Guji Mane coffee and a touch of cinnamon, and topped with crushed Heath Bars.

Once a month, the shop offers brunch items on Sundays, and hugely popular are the chicken and collard greens egg rolls, which Braden says he hates to make because they’re so time consuming — but customers line up around the block for them.

Braden said his fiancée and stepdaughter, along with his twin daughters, all help out. For now, the goal is to survive 2020, and then he plans to look at expansion in Memphis.

With the Black Lives Matter movement gaining traction this year, he said Memphians are looking to support Black-owned businesses like his. And those businesses are working together to promote each other more, he said.

“With that going on, I have to come up with new ideas and different things to keep us fresh,” he said.

Anu Apte of Canoe Ventures in Seattle creates special moments for her guests and careers for her staff
May 25, 2021