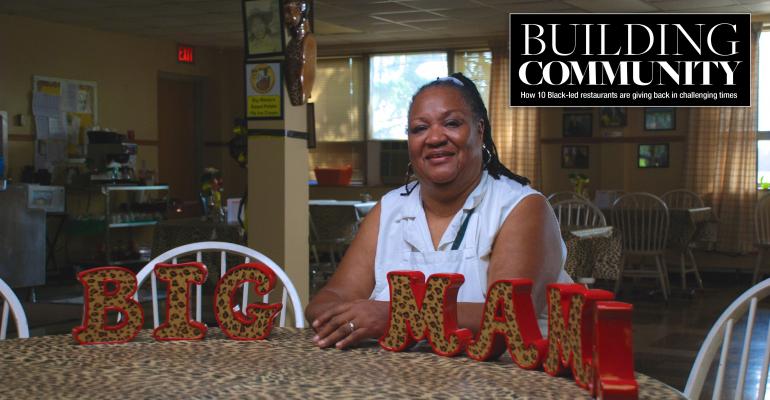 Patricia Barron, shown, opened Big Mama's Kitchen and Catering in Omaha, Neb. when she was 62. Her daughter Gladys Harrison said her mom, who passed away two years ago, wanted to hire people like felons who needed a second chance.
People

Omaha soul food restaurant earned early buzz thanks to an appearance on Food Network’s “Diners, Drive-in and Dives” but challenges run deep amid a pandemic

At age 62, when most people are thinking about retirement, Patricia “Big Mama” Barron pursued a lifelong dream to open a soul food restaurant in a neglected part of her childhood neighborhood in Omaha, Nebraska.

Barron learned at a young age how to make her grandmother's oven-fried chicken and lard-infused biscuits. She grasped just as quickly the powerful effect delicious scratch-made meals had on people. .

But it would take Barron decades before she would change the trajectory of her own life, and that of her family with the opening of Big Mama’s Kitchen & Catering, now an Omaha mainstay known for its unique atmosphere (the original location was in a school cafeteria) and its Sunday supper-inspired comfort foods, such as fried catfish and sweet potato pudding.

Not taking ‘no’ for an answer

Barron spent a large chunk of her life not taking “no” for an answer.

After high school, she wanted to attend an all-Black college in the South. Her parents wouldn’t allow it, so she joined the Navy. She hoped to be a cook on a ship but the Navy, instead, made her a bookkeeper. 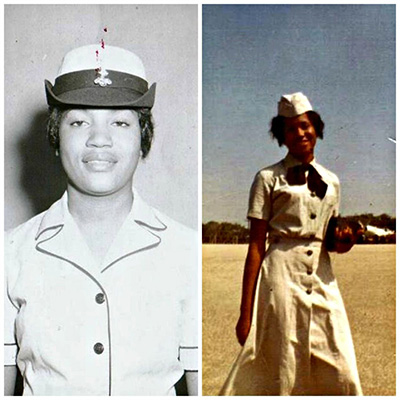 She later went to culinary school at the local community college. But after getting married and starting a family she wound up working as a manager at a phone company for 30 years.

Her desire to open a restaurant never left, so she began baking wedding cakes as a side gig.

“She started out of the house just catering for friends and family, and that grew into a business practically every weekend,” Harrison said.

After Barron retired from the phone company, she grew more determined to find a location to open her restaurant. By this time, she had earned the nickname of “Big Mama,” a term of endearment after she became a grandmother.

In 2005, Barron began a makeshift catering and takeout business out of her house. She cooked family recipes including oven-fried chicken, corn bread and biscuits — recipes she first learned how to cook on her grandmother’s wood-burning stove.

“My mom cooked the food that her grandmother and her mom cooked and she put a little twist from what she learned in culinary school on her recipes,” Harrison said.

Some customers took the meals home, but others would stick around in the kitchen.

Later, at her husband’s urging, Barron would move the weekend pop-up out of her house and into a church parsonage.

Eventually, she was ready to find a permanent establishment, but no bank would give a woman in her 60s a loan. That didn’t stop her.

She secured a $25,000 10-year loan from the Omaha Small Business Network after taking a certification class that taught her how to write a business plan and market her company.

With the loan, plus $25,000 from her retirement account, Barron opened Big Mama’s in the most unlikely location: a 100-year-old former school for the deaf.

The property was owned by Turning Point, a youth ministries organization. They said she could lease the cafeteria. At first, Barron didn’t like the idea of opening a restaurant inside a school cafeteria, but the large production kitchen was too tempting to pass up.

Plus, the school was in a neglected part of the city, North Omaha, which motivated Barron.

“This is where my mom grew up and she wanted to see this part of the city return to the luster that it had when she was a kid,” Harrison said.

Barron, who passed away two years ago, always said that she wanted her restaurant to be a place for people seeking second chances, including felons who she routinely employed.

“My desire when I opened this restaurant was to bring jobs to the North Omaha community because there’s not anything here,” she told the Food Network in 2013.

The Great Recession vs. the Pandemic

“We were in a financial crisis in the country,” Harrison said. “It was the worst time to open up a restaurant.”

Then, Big Mama’s hit the lottery for mom-and-pop restaurants: it was featured on Guy Fieri’s wildly popular Food Network series “Diners, Drive-ins and Dives” in 2008.

A month before Big Mama’s one-year anniversary, Fieri showcased Barron’s specialty dishes on national TV: Oven-Fried Chicken, Pig Ear Sandwich and Afro Burger. The latter is a spicy burger that looks like a hot dog or bratwurst, served on a hoagie roll with barbecue sauce.

It was inspired after Barron took a missionary trip to Africa in her 50s.

“My mom will be the first person to tell you that had we not been on the show, we would have closed by the end of the year,” Harrison said.

To this day, the power of appearing on “Triple D” has had a lasting impact. In 2013, the Food Network filmed a reality show about Barron and her family. The pilot was made, but the show wasn’t picked up because there wasn’t enough drama, Harrison said.

“We wanted our show to be more along the lines like Duck Dynasty not Real Housewives of Atlanta,” Harrison said.

No matter. Big Mama’s, which relocated in early 2020 to a new location, continued to draw customers from around the world thanks to the Triple D re-runs.

But the coronavirus pandemic brought economic calamity to the restaurant that even Fieri’s cachet couldn’t entirely fix.

In mid-March, Harrison, who serves as company president, laid off her entire staff. To pay everyone’s last paycheck, she and her daughter worked three weeks serving carryout to the public. 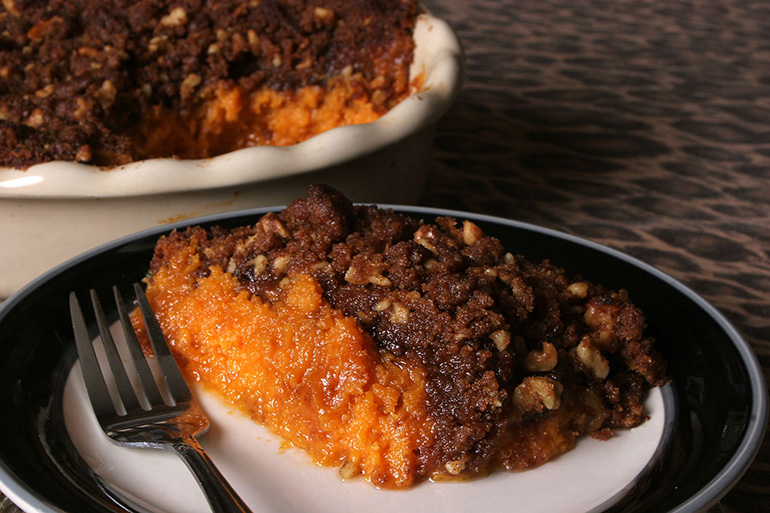 After earning enough money to pay wages, she closed the doors, and thought: “How am I going to make a living?”

Like many independent restaurant owners, she didn’t have any savings. A lifeline arrived when Big Mama’s got approved for a Paycheck Protection Program loan from the federal government.

Harrison reopened Big Mama’s on her birthday, May 5.

His killing by a Minneapolis police officer sparked national protests to end systemic racism and a history of police brutality against Black citizens across the country. The Black Lives Matter demonstrations made their way to the streets of Omaha.

It triggered conversations and a groundswell of support for Black-owned businesses in the area.

Suddenly, Big Mama’s phone was ringing off the hook.

“We were so busy,” Harrison said.

Despite hardships of the pandemic, Big Mama’s continues to carry out the wishes of its namesake.

Over the summer, the restaurant donated meals to support local workshops attended by young community leaders looking to address racial injustice in Omaha and around the country. Big Mama’s also partnered with a local charity, North Star, to feed low-income families once a week.

“This is what my mom would have done,” Harrison said. “When you see someone in need and you have something that can meet that need, then you give it. That’s your role as a steward here on earth.”