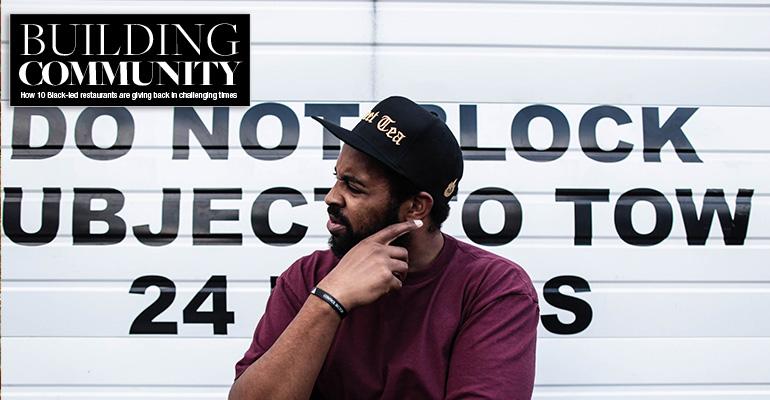 Iam Williams, owner of Deadstock Coffee in Portland, Ore., explains how he combines sneakers and coffee into one interesting concept.
People

Owner Ian Williams looks to bring nerds of all stripes together

In the restaurant world, we know that Portland, Ore., is a hotspot for farm-to-table food and third-wave coffee, but Ian Williams says it’s also a center for sneaker design.

“We have all the footwear companies here — Nike, Adidas, Under Armor, Keen, Columbia, Hi-Tec, Mizuno all have offices in the city,” said Williams, a self-proclaimed sneakerhead who worked his way up from being a janitor to working in sneaker development for Nike before founding a sneakers-themed coffee house, Deadstock Coffee.

Related: Hop Knot craft beer and pretzel bar aims to be the ‘safe space’ for the Black and LGBTQ+ community in New Hampshire

Working at Nike, he realized that what he loved about the sneakers wasn’t the shoes themselves as much as it was the people who were into them.

But it took a while.

He started with sneaker-themed art shows.

“They’re a lot of work for very low return,” he said, both in terms of money and psychically: “You set up a whole art show in a single day and tear it all down.” 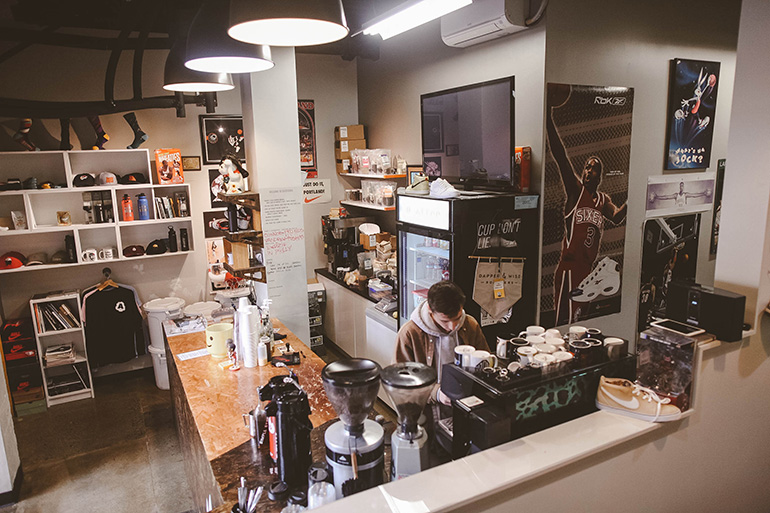 Coffeehouses, on the other hand, seemed to be doing pretty well.

A mentor put him in touch with Dapper & Wise coffee roasters in Hillsboro, Ore., where he went to high school.

He worked out a deal with them that they would teach him about coffee, and he would pay them back by purchasing their product once he opened his own place.

He started with a little stand within a shoe store in Chinatown in downtown Portland, where many of the sneaker design firms are located, and then opened his own place in the same neighborhood in August 2015.

The coffee house gets top ratings for its drinks and beans, as well as its sneaker collection, but Williams wants to avoid the pretentiousness that can come with finely crafted coffee.

Deadstock’s web site says it’s “Snob-Free” coffee, and instead he leans into urban sneaker culture, which he says has a lot in common with coffee culture.

And the menu reflects that.

One of the signature items is the Lebronald Palmer, named not for basketball legend LeBron James but for the Nike sneakers that bear that name — supposedly because the Arnold Palmer, which is equal parts iced tea and lemonade, is James’ favorite drink.

The Deadstock version is southern-style sweet tea with lemonade and a shot of espresso.

“It’s an Arnold Palmer on steroids,” he said.

Deadstock’s first single-origin coffee, which of course is 100% of coffee from a specific crop, was called One Hunnit — slang for being completely honest or authentic.

“So much of that kind of stuff is what we do,” he said. “Even our logo is the emoji, before they switched it, for flame. We just put beans in it. Because the stuff we do is ‘fire’ — it’s dope, it’s cool,” he said.

The coffeehouse’s name is also sneaker-themed. Deadstock is a term for brand new, unworn sneakers still in the box.

And their charity work? That’s sneaker-themed, too.

“Our shop is [in a neighborhood] where a lot of people are experiencing homelessness,” Williams said. “A new pair of shoes goes a long way.”

“So we will take shoes in, separate them out by size and all that kind of stuff and then we’ll turn around and give them back out, like an hour later.” 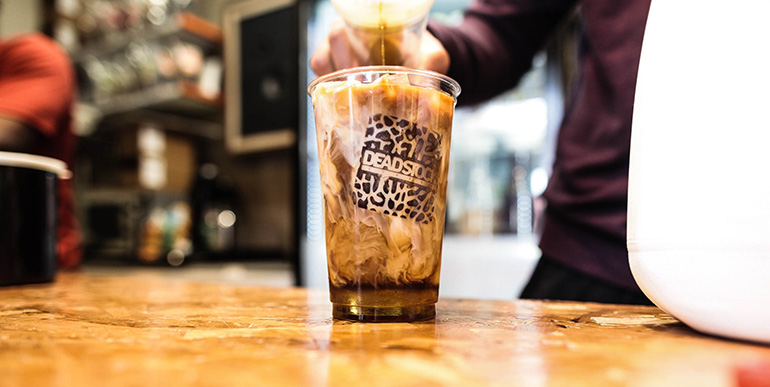 This year, now that Deadstock Coffee is a takeout-only restaurant (even before the pandemic the shop’s capacity was only 16 people), he’s teaming up with other organizations to collect and redistribute shoes.

And other community involvement is in the works in response to recent events.

“One of the guys [working] in the shop, when everything went down with George Floyd, he was like, ‘Man, I want to give my tip money away for today. Would that be okay?’ It’s pooled tips, with the rest of the team, and when he asked the rest of the team everyone just jumped on board. So we found a charity to give to that we supported.”

He said that Deadstock isn’t particularly outspoken when it comes to political issues, “But it’s not like we don’t have a stance. The thing that we’re going to stand for this year is voting — volunteering at polls and [making sure people] understand what they’re voting for.”

And also maintaining the mission that’s written on their storefront, “to make the coffee snob and the sneaker nerd become homies over love of all things premium.”