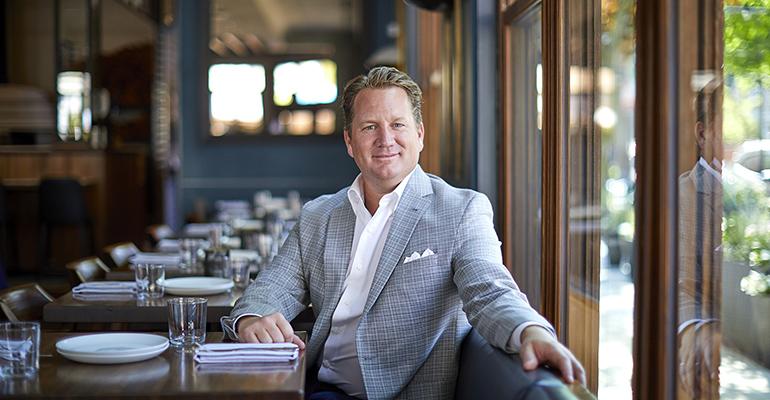 There’s a certain confidence that comes from surviving a crisis. At least that’s how Ryan O’Donnell sees it, as he prepares to open two new Chicago-area restaurants this year.
People

There’s a certain confidence that comes from surviving a crisis. At least that’s how Ryan O’Donnell sees it, as he prepares to open two new Chicago-area restaurants this year.

O’Donnell is co-founder of Ballyhoo Hospitality with his wife Anna O’Donnell. The group operates five independent concepts, including two that opened during the pandemic shutdown.

Coming later this year are the new Pomeroy, a French bistro with chef Jason Paskewitz in the kitchen; as well as a sandwich shop and bakery called Buck Russell’s — both in the Chicago’s North Shore suburbs of Winnetka and Wilmette, respectively.

The new concepts follow the launch in February of Andros Taverna, a Greek concept opened in partnership with Doug Psaltis, who left Lettuce Entertain You Enterprises last year. The Logan Square taverna was initially able to open at 25% capacity with COVID-safety protocols in place, said Ryan O’Donnell. 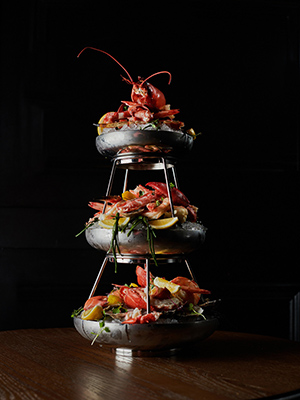 Photo: Pomeroy will be a French bistro with Jason Paskewitz, who is also in the kitchen at the group's Gemini concept.

“It actually helped, in that the less people in the restaurant, the less commotion and pressure. Everything was going at a slower pace. From an operations point of view, it was a weird blessing in disguise when you’re opening during a pandemic,” he said. “It allowed us to take a step back and really be observant of what needed help and focus on operations and systems.”

Last year, the group opened Sophia Steak with partner Glenn Keefer in Wilmette, which was initially scheduled to open in March 2020 on the very day indoor dining was shut down in Chicago.

“I didn’t want everyone’s first impressions to be out of a box,” said Ryan O’Donnell, so the group kept the steakhouse closed until May, knowing that outdoor dining would come in June. In the end, the restaurant had good results.

“We did a great business last year with just outdoor,” he said. “Then indoor dining came back and it’s been rockin’ ever since.”

For Ballyhoo, the growth comes in part because the O’Donnells had already started developing the concepts. Ryan O’Donnell said he was “already pregnant” with Pomeroy before the pandemic and his capital sources stuck with him. “I have always felt I thrive under pressure,” he added. “I don’t do well when things are good. I do well when things are bad.”

It’s not like Ballyhoo didn’t take any hits last year. The group was forced to close the restaurant Walton Street, which was in Chicago’s Gold Coast neighborhood, which Ryan O’Donnell describes as a less residential community.

With the group’s growth, however, the biggest challenge has been finding good labor for hourly positions, he said. This year Ballyhoo has raised wages and expanded benefit packages, offering a 401K, for example, gym membership and other perks. “People are looking for where the grass is greener, and we’re trying to provide that greener grass.” 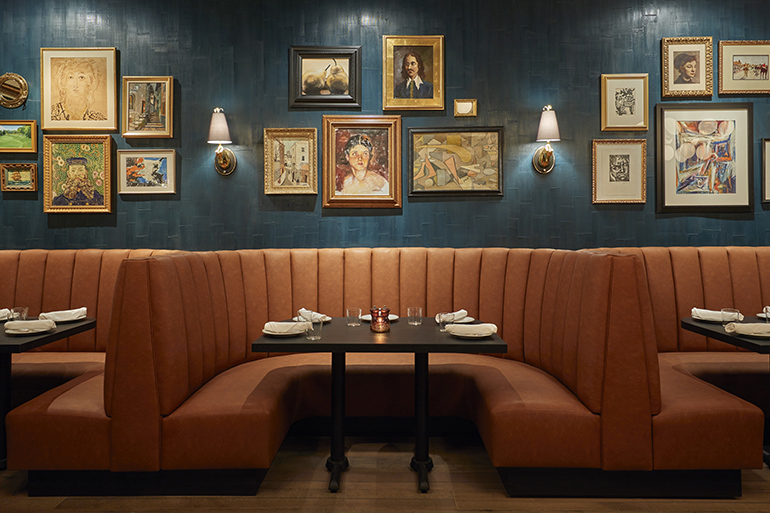 Last year, the group opened Sophia Steak with partner Glenn Keefer in Wilmette, which was initially scheduled to open in March 2020 on the very day indoor dining was shut down in Chicago.

But the O’Donnells are refusing to let the spectre of pandemic loom over their business.

Other than installing new air filtration systems in all the group’s restaurants, Ryan O’Donnell said he isn’t planning to space tables further apart or make other permanent changes.

Even if another pandemic comes along within the next 20 years, he said the company has learned it can weather the storm.

“It has given us a confidence to know we have built strong enough systems and strong enough teams that have supported the businesses. It’s given us the ability to poke holes in what we’ve done wrong for a long time, and the way we order products and the way we store products and our inventory systems,” he said. “A lot of stuff was like, wow, let’s never do that again.

“The pandemic has given us an opportunity to really perfect — or at least try to perfect, because nothing’s perfect — how we operate our back-of-the-house systems,” he added. “It’s been a learning process.”

It was a scary and tough time, he noted. But “it was a time that I think in the end in certain ways helped our business. I don’t want you to write that the wrong way, where I said the pandemic was good for us, because I don’t think that. I think it provided an opportunity to do things more efficiently and to do things better.”