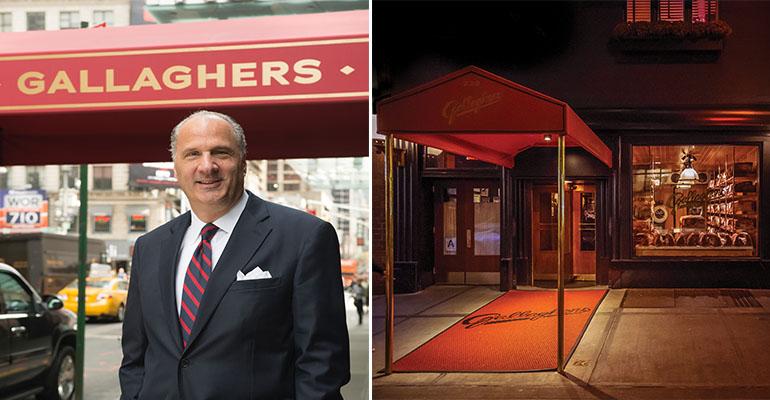 Gallaghers’ owner, Dean Poll, on how the steakhouse is faring during COVID.
People>Owners

Having a 340-seat steakhouse in Midtown Manhattan, in New York City’s Theater District, is a great idea during normal times, but in the middle of a pandemic that had New York as its initial epicenter in the United States, it’s a tough sell.

Gallaghers Steakhouse closed its doors in mid-March, and it opened at 25% capacity on Sept. 30, the first day it was allowed to do so.

In this video, Gallaghers’ owner, Dean Poll, discusses the challenges of running a fine-dining restaurant in a central business district where theaters are closed and most of the former office workers are working from home.

Although the restaurant now can only seat around 80 people, “The real issue is that there’s not the amount of business in the area we are in to use all 25% effectively on certain days of the week,” said Poll, who also runs the Loeb Boathouse restaurant in Central Park, which he doesn’t plan on reopening until April.

Regulars are coming back, though, and destination diners from the suburbs, and although the restaurant hasn’t returned to profitability, Poll said it’s nice to have Gallaghers open anyway.

“Just to hear the music going, and the doors open and the people coming in and the waiters working and the kitchen working … it was a lift,” he said.

Watch the video to learn more about the challenges of running a steakhouse in COVID-era Manhattan.