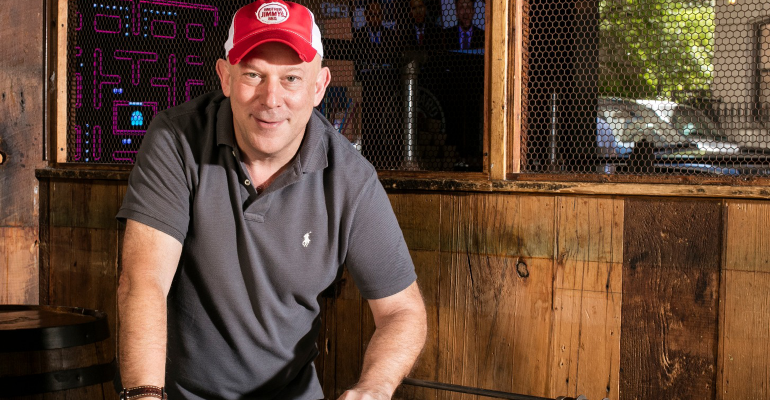 Since the late 1980s, Brother Jimmy’s was a small but successful casual-dining chain serving up barbeque and Southern charm in a quirky, welcoming atmosphere. Jimmy Goldman opened the first location in 1989 in Manhattan, and, over the years, built a following.

But after a failed initial public offering and the shuttering of a few key locations, Goldman sold control of the company in 1998 to his senior manager and moved to the Caribbean. He opened Latin and Sushi restaurants in St. Martin and was living a very different life.

But he could never really give up his namesake company.

Goldman, who was still on the restaurant’s board, saw the company’s management making decisions that he didn’t agree with over the years.

He decided to come back by buying the franchise rights to the brand in Southern Florida in 2010, about 12 years after selling the company. He ultimately opened three restaurants in Florida.

He made some changes in style and menu — changes a typical franchisee might not be able to do. 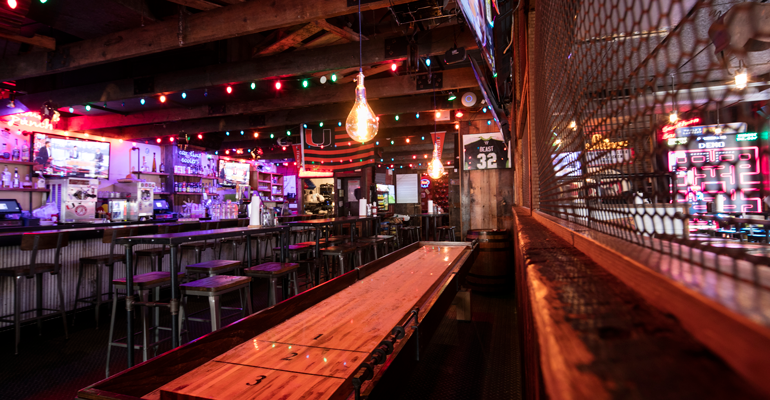 “I was trying to do things on the sly without adulterating the brand,” he said. “I’m lucky because I’m Jimmy, so they indulged some of my decisions.”

But Goldman said the company’s management was moving away from the core of what the concept is — a home away from home that’s fun-focused with barbecue on the menu, though not just a barbecue joint.

Management had an “if it ain’t broke you don’t fix it,” mentality, said Goldman.

Meanwhile, he was trying to figure out what a modern Brother Jimmy’s could be.

Finally, in December of 2017, he and his equity partners bought the intellectual property and a controlling interest in the franchise company.

Goldman is looking to make changes systemwide. There are currently seven locations with another four set to open in the first quarter of 2019. He’s focusing on franchising but maintains control of two home-based restaurants to be used as a testing ground in New York.

“We’re really a franchise model, and we really believe in franchising, but New York is our home, so we felt that we needed at least one unit to own and operate so it would give us the credibility. And we took control of Lexington Avenue, which is, in theory, the flagship. And, we also took control of 8th Avenue across from the [Madison Square] Garden just recently.”

The menu, he said, harkens back to the original, with ribs and wings, the addition of salads, Buffalo cauliflower, chicken and waffles, and dumplings — including one filled with macaroni and cheese and pulled pork. The average check at the company locations is between $11 to $30.

The fun comes in with the restaurants’ expanded game options for guests. There’s a wall-to-ceiling Pac Man, a shuffleboard table and skee ball. Goldman wants to bring in bowling, too. But he adamantly doesn’t want to become the next Dave and Busters, an arcade-and-entertainment focused eatery chain.

The games are to get people off their phones and into conversations with friends and other diners, he said. Many don’t cost the diner a dime to play.

“In today’s world, everyone does this,” he said, looking at his phone. “They’re on their phone, they’re going to restaurants, and they don't even talk anymore.”

And then there’s delivery to contend with. 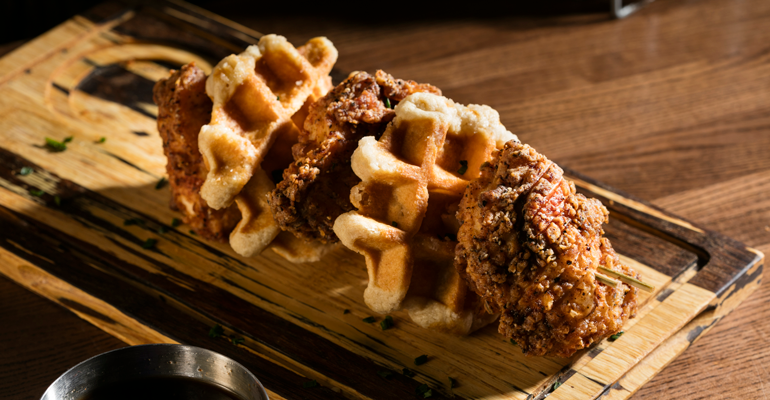 “Things have changed now all of a sudden on a Tuesday night you might do the same volume [due to delivery], now you have an empty restaurant. And an empty Brother Jimmy’s doesn't have the buy-in. It’s meant to be cozy. You look at a place this size (many locations are over 5,000-square-feet), if there aren’t 50 people in here, it looks empty, and they’re not buying drinks. The delivery people aren’t buying bourbons and Coke. So that’s been a huge issue with Seamless and GrubHub, and people not going out like they did.”

Yes, Goldman and Brother Jimmy’s work with delivery apps to get their food out, but he hopes that he can create a place that will motivate diners to leave the couch, strike up a conversation with a fellow diner, and play a game of shuffleboard.

Said Goldman: “We need to introduce things to the restaurant now that are forcing people to come out again.”