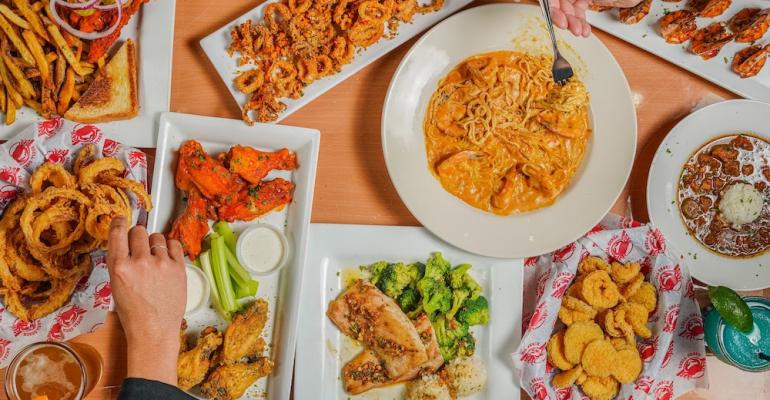 Shell Shack opened its first restaurant in Dallas in 2013. The casual, full-service concept offers seasonal crabs, shrimp, catfish and sandwiches, but it’s best known for its seafood boils, in which plastic bags loaded with seafood, sausages, potatoes and corn are tossed in proprietary sauces and dumped directly onto a platter atop butcher paper-covered tables.

Now seven-units strong, with locations across Texas — including multiple stores in the Dallas Fort Worth area, one in Houston and one in Tyler — the company is poised for a major expansion following the acquisition in November by New York City-based private-equity firm TriSpan.

“From the beginning, Shell Shack was self-funded — we never took out a loan,” said CEO Dallas Hale, who co-founded the restaurant with business partner Matt Saba and continues to lead the operation post-acquisition. “When we saw that it was really a national product, it made sense to partner up with an equity firm to make it bigger and better, with power behind us.”

Going into the acquisition with zero debt made Shell Shack an attractive target, said Hale. After putting out acquisition feelers, they were approached quickly by three different firms before deciding to go with TriSpan and its dedicated restaurant platform, Rising Stars.

Hale said the restaurant will maintain its identity as it grows, but the support from TriSpan offers valuable resources to fuel its expansion of company-owned stores.

“We franchised in the past and will not do it again,” said Hale, adding that franchisees often think they can put their own spin on concepts to make them better. “The model is very specific and we supply them with everything, but they don’t want to follow the model, and they always try to change something.” Keeping the new concepts company-owned will allow Shell Shack to maintain control and quality as they enter new markets.

Shell Shack identifies potential markets by researching demographics, average household income and competition in their target areas. Hale said they’ve had some success in tier-two markets, like the North Texas town Denton, which was successful until it was forced to close due to an eminent domain claim by the government. But in general, they prefer to operate in tier-one cities.

The plan is to open between five and eight more stores in Houston. They will also expand into Austin and probably San Antonio. But he is most excited about a new market that he’s not yet ready to disclose, saying it will be a rapid expansion that will quickly make this city their number one market.

Although Shell Shack has a tight, replicable concept, Hale said there is room for changes, and the team regularly tinkers with the menu, relying more on hands-on experiments than analysis and data. Recent additions include a section of Nashville-style hot chicken sandwiches, hot fish and hot shrimp. And they’re putting a tartar-sauce laced potato salad on the menu that was workshopped by a new team member.

“Everything still falls in line with my values and the Shell Shack way,” he explained. “No matter how big we get, we’ll always keep our approach mom-and-pop.”