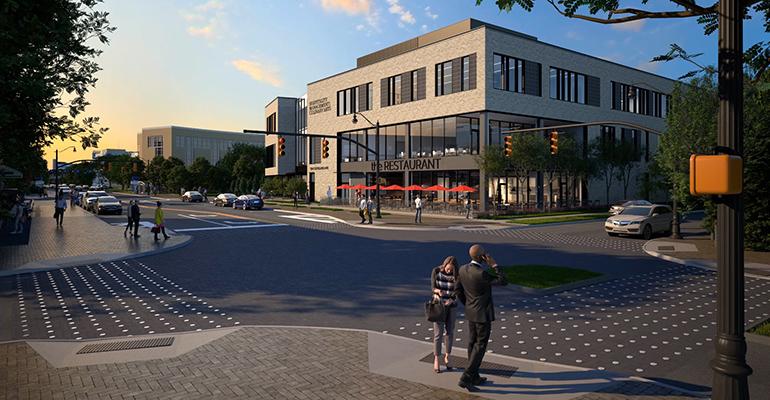 Veteran restaurateur Cameron Mitchell, 54, is thinking about his legacy.

The founder of Columbus, Ohio-based Cameron Mitchell Restaurants, or CMR, has committed to raise $10 million for the expansion of the culinary school at Columbus State Community College that will be named Mitchell Hall.

The restaurateur donated the initial $2.5 million for the private fundraising effort, and the state of Ohio has also committed $10 million in capital funding. Officials say they are 90% toward their goal of raising $33 million. 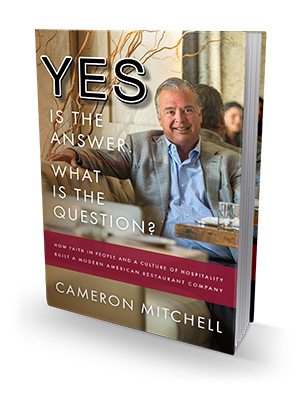 The result when it opens this fall will be a bigger-and-better hospitality program with 11 kitchens, 80,000-square feet of space and the ability to double capacity to 1,500 students. Mitchell Hall will include two retail outlets, overseen by CMR, as well as a popup for the restaurant group’s upcoming Budd Dairy Food Hall, scheduled to open nearby next year.

The three-story Mitchell Hall will also operate a student-staffed 100-seat sit down restaurant and bar, plus a 20-seat retail café and bakery, as well as a banquet facility with onsite catering.

The focus of the new culinary program is attracting students from outside the Midwest and creating a more affordable path versus private culinary schools.

For Mitchell, whose restaurant group operates 36 restaurants under 16 concepts, it’s about creating young leaders — the community he hopes will take over for him one day in continuing a respectful restaurant group.

“It’s about stewardship and sharing the knowledge,” he said.

Since its founding in 1993, CMR has grown into a regional powerhouse with more than $300 million in annual revenue, and a diverse portfolio that includes the fine-dining Ocean Prime chain, with 16 locations in 12 states, to one-off destinations, like the recently opened Del Mar SoCal Kitchen and Lincoln Social Rooftop lounge,  The Guild House and the original Cameron’s American Bistro. 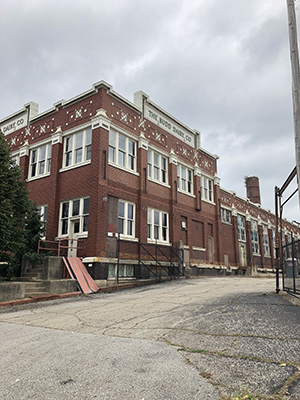 Budd Dairy, left, will be the group’s first food hall. It’s a partnership with local developer Kevin Kykens in Columbus’ historic Budd Dairy building. Local partners that will operate in the food hall include Modern Southern Table, Alphabetical Comfort Kitchen, Borgata Pizza Café, which has two other locations in Columbus, run by chefs Ed Bisconti and Roz Audino; and Darista, a concept by Dara Schwartz, who’s known in Columbus for her line of global hummus, Darista Dips. Darista will feature hummus as a foundation for each Israeli dish.

Mitchell, however, likes to remind people that he has not forgotten his roots.

Mitchell’s first foray into the restaurant world was as a teenage line cook in Columbus, where he was running with the wrong crowd and running away from home regularly. He got himself together and learned about the culinary side of the business at the Culinary Institute of America’s Hyde Park campus in his early 20s. 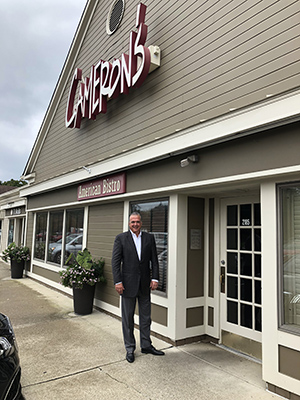 Photo: Cameron Mitchell outside of Cameron's

Returning to Columbus, he made the decision that while being part of a restaurant group was great, having his own would be even better. It also allowed him to craft his employees-first philosophy, having written what he wanted his restaurant group to represent on a yellow legal pad in the early days.

“Our associates need to know how much we care about them,” Mitchell said. “I’ve fired guests. I’ve thrown out three big football players who were drunk and nasty. I said, ‘I’m calling the police. It’s time for you to go.’”

Mitchell and the management team have shown they care in other, less dramatic ways, as well, such as offering flex time to a single mother before flex time was thing. Or refusing to burn bridges with associates in an industry that’s struggling with labor.

CMR employs about 4,000 people, and Mitchell said the company is profitable specifically because of his people-first philosophy: giving people a chance to move up, to improve their quality of life — and to know they can come back — have all played into making labor a positive part of his journey.

The new Mitchell Hall and its relationship with CMR will give those workers the right start, he said.

And living life with all of its lessons learned from risks taken is another part of Mitchell’s legacy. As he wrote in his autobiography, “Yes is the Answer. What is the Question?” published last year, Mitchell said, “If I fired people for making mistakes, I’d be the first person to go.”

CORRECTION: A previous version of this story had an incorrect unit count and the story has been updated with new information about the food hall.