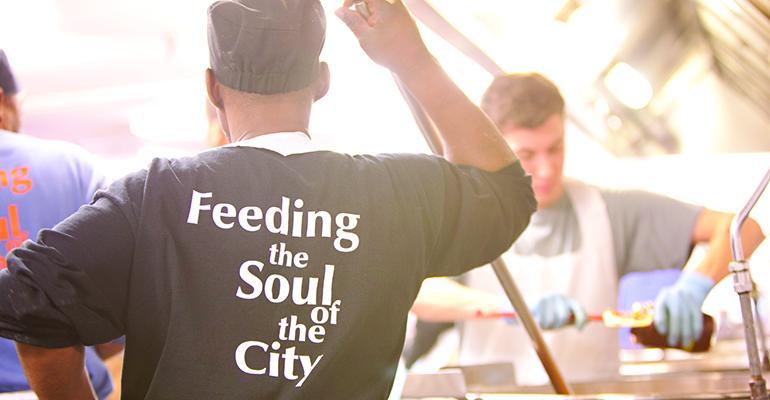 NRAEF to partner with corrections departments and state restaurant associations on $4.5 million program

Armed with a $4.5 million grant from the Department of Labor, the National Restaurant Association Educational Foundation is taking a new approach to restaurant worker training.

The grant will support and train young incarcerated adults aged 18-24 with the launch of the Hospitality Opportunities for People (re)Entering Society program — HOPES.

“We know the restaurant industry is the number one industry for first jobs as well as second chances in the country,” said Rob Gifford, president of the NRAEF.

The HOPES program will partner with local community based organizations and state corrections departments to provide the restaurant industry skills during incarceration and after release and parole. The program will also work with the formerly incarcerated to help them in their general transition to civilian life.

The foundation is focusing on areas it is already working in with the apprenticeship program — Boston, Chicago  and the Richmond and Hampton Roads, Virginia area.

The recidivism rate for young people in this age range falls from 52% to 16% for people who can get into sustained, gainful employment, according to the NRAEF.

When Buffalo Wild Wings franchisee Karim Webb opened his first location in South Los Angeles 2011, he didn’t anticipate how involved he would be in the local community that suffers from high levels of incarceration. After employing many young people from the community at his restaurants, he was asked to teach a class on entrepreneurship at a local high school.

“These men, through no fault of their own, have lost the birth lottery through situations that have led to a lot of these negative predictive outcomes and, in many cases, are the same young people that work for me, and that’s when I had the epiphany that I don’t sell chicken and beer. I develop young people,” Webb said.

Forty percent of all black boys don’t graduate high school and 90% of those go to prison before the age of 25, according to Building Lives of Opportunity and Options for Men, an initiative of the California Community Foundation.

Webb is trying to fix those statistics through his work with several local charities including BLOOM where he is a spokesperson.

In addition to being an important support for the community, Webb’s work has been good for business at his three Buffalo Wild Wings locations.

“We have always outpaced what the [sales] trends have been” said Webb, “People choose to spend their money with us in ways they otherwise wouldn’t because they’re aware of what we do.”

Webb makes sure to represent his young workers and their value when he has conversations across the company and with Paul Brown, CEO of Buffalo Wild Wing’s parent company Inspire Brands.

There are several restaurant chains that, on the whole, support second chance hiring, and market their philosophy is as a part of their business model.

“This has been an opportunity for us to help people suspend judgement and appreciate that someone is more than their worst mistake,” said Joe DeLoss, co-owner and founder of Hot Chicken Takeover, a 2019 NRN Hot Concept.

Firehouse Subs, too, has made this an important focus of their recruiting.

In 2018, the Florida-based chain with over 1,100 units, signed a three-year agreement with the Florida Department of Corrections promising to consider ex-offenders for any and all open positions ranging from delivery drivers to managers.

There are also more resources to connect restaurants with the formerly incarcerated workforce.

Billed as a “Felon Friendly” job site, 70 Million Jobs, helps potential employees fine-tune their resume and house them on a database of available jobs posted to its site. The business also vets potential applicants and provides background checks.

The site works with brands like 400-unit MOD Pizza, Denny’s and Jack in the Box.

Founded by Richard Bronson, who had a hard time reentering the job market following his incarceration, the site now aims to help those struggling with the same problem.

“Hiring returning citizens tells your employees and the cities and towns in which you do business that you care about providing second chances,” the website says.