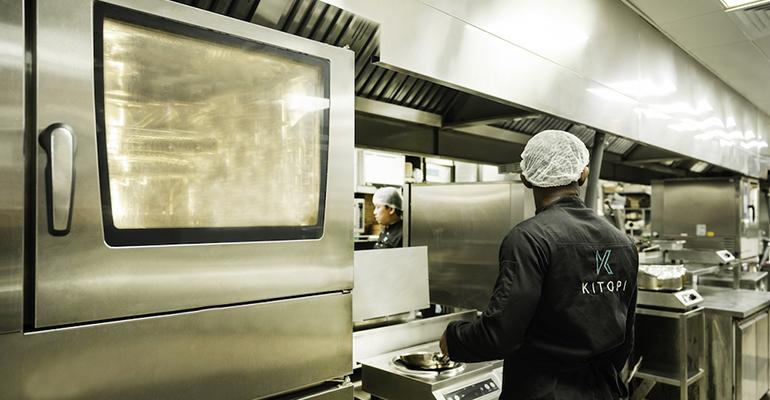 Kitopi has closed on its Series B round of funding.
Operations

The Dubai- and New York-based ghost kitchen player Kitopi on Monday said it has closed on its Series B round of funding, raising $60 million to rapidly expand operations across the U.S.

The funding round was led by Knollwood and Lumia Capital with further participation from new and existing investors BECO, CE-Ventures, GIC, Rise Capital, Reshape, Global Ventures and Wilshire Lane Partners, the company said.

Related: Why this fast-casual chain is converting all of its restaurants to ghost kitchens

In the family of the growing number of ghost kitchen players positioned to grow delivery-only brands, Kitopi — which stands for Kitchen Operation Innovation — is different, describing itself as a managed cloud kitchen platform that partners with restaurant operators.

Unlike more real-estate-focused ghost kitchens that offer rentable space for restaurant operators to expand their delivery reach, Kitopi offers a model that is similar to franchising, but for delivery only. The model is designed to allow restaurant partners to remain focused on their dine-in operations.

Co-founder Mohamed Ballout in the Financial Times described the set up as “Franchise 2.0,” enabling restaurants to “plug in and scale up globally.”

Chris Rogers, partner in Lumia Capital, said in a statement, “Kitopi has demonstrated its ability to differentiate itself from others in an increasingly crowded space by collaborating closely with restaurants to achieve one common objective. It has shown success in building an innovative product that is capable of constantly adapting itself to suit customer needs while also being scalable. I think if you’re a restaurant looking to scale, or if you’re a brand thinking of opening a new restaurant, this is the best way to succeed (and fast). We’re excited to see how Kitopi continues to reinvent the food tech space.”

Founded in 2018 by Ballout, now CEO, along with Saman Darkan, Bader Ataya and Andres Arenas, Kitopi operates 30 kitchens globally, including two in New York. The company plans to open 50 locations in the U.S. and 100 globally by the end of 2020.

“This is an exciting space and we are humbled to work with world-class investors who share a unified vision on how we can team up with restaurants to revolutionize the food industry,” said Ballout in a statement. “This investment is a big win for our restaurant partners, as well as the hundreds of thousands of customers who can continue to access their favorite dishes.”

Kitopi works with international brands such as Operation Falafel, Pizza Express and Under500, which don’t appear to operate in the U.S. yet. Operation Falafel’s website, however, lists U.S. locations as “coming soon.”

Kitopi officials say a competitive advantage is its in-house suite of applications, known as the Smart Kitchen Operating System, or SKOS, which maximizes efficiency and reduces operational expenses.

What’s the difference between a ‘ghost kitchen’ and a ‘virtual restaurant’?
Dec 19, 2019