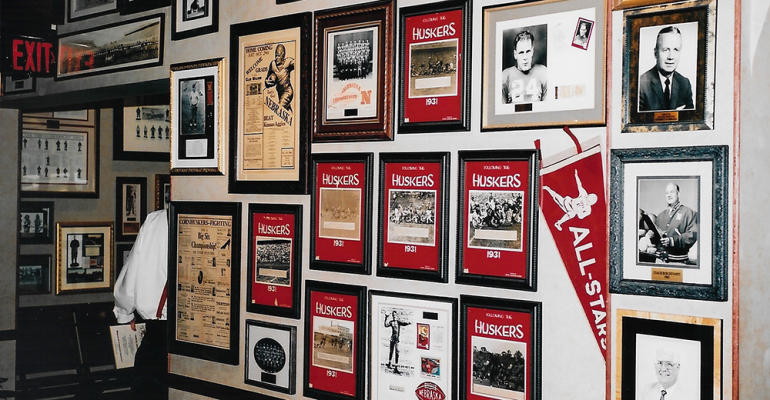 Photos courtesy of Bob and Susan Ihrig
The Ihrigs poured everything they had into Bob’s Gridiron Grille & the Pigskin Pub — including Bob’s multi-million-dollar collection of Nebraska Cornhusker memorabilia, now all gone.
Operations

Look — and maybe read this book — before you leap into business

Restaurateurs who lost everything issue cautionary tale for would-be operators

Sometimes, it may be best not to follow your dreams. That’s especially true if your dream is to open a restaurant and you don’t have a plentiful supply of cash to sink into it.

So learned Bob Ihrig, who tried but failed to succeed as an owner in the restaurant business. Ihrig and his wife Susan told their personal story in a 2018 book called “Million Dollar Party: A Restaurant Memoir” that detailed their efforts to open a restaurant and bar in Lincoln, Neb., themed around the University of Nebraska football team, the Cornhuskers.

“The biggest mistake I made was not listening to the SBA [Small Business Administration] when they told me that 95 percent of new restaurants fail within the first five years,” said Bob Ihrig.

Previously, he had worked in restaurant management for several years, first running Burger King locations and then as a manager at full-service restaurants, including Applebee’s Neighborhood Grill + Bar and Lone Star Steakhouse & Saloon. 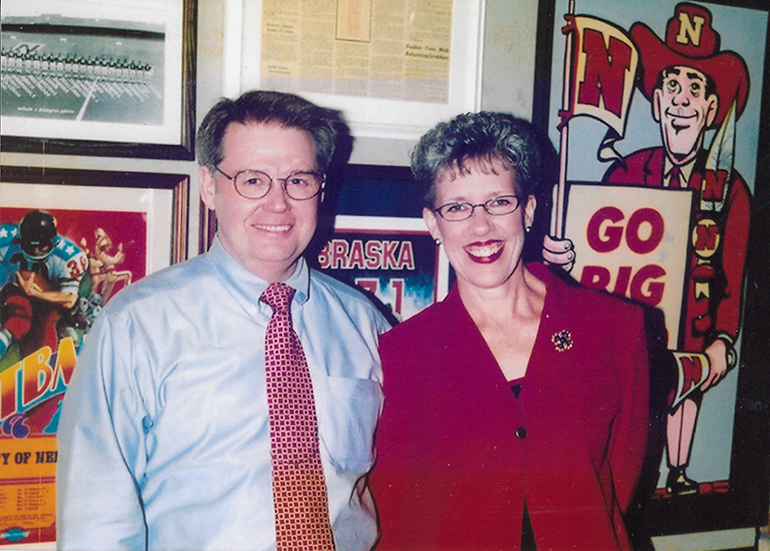 Bob and Susan Ihrig’s restaurant experience and abundant enthusiasm couldn’t compete with errors in judgment involving the menu, staffing, promotions and the fine print on the lease.

After he and Susan visited a Hard Rock Café in Dallas, the idea for Bob’s Gridiron Grille & the Pigskin Pub took hold. Bob Ihrig had been a collector of Nebraska Cornhusker memorabilia since age 13, and he thought he could replicate with his Cornhusker collection what the Hard Rock Café had done with stage uniforms from the Beatles and smashed guitars from The Who.

Despite vast reservoirs of enthusiasm for the project, however, the restaurant never made a profit, and in fact cost the Ihrigs nearly everything they owned, including the multi-million-dollar memorabilia collection, as a result of eventual bankruptcy.

The Ihrigs started writing the book the day after the restaurant closed.  Now they are positioning the memoir as a guide to “what not to do” when getting into the restaurant business.

It is filled with anecdotes of mishaps and challenges, of small victories being wiped out by big oversights, all interspersed with Cornhusker history.

“I think a lot of people go into the restaurant business thinking it’s going to be fun — even me, with 20 years of restaurant management experience,” said Bob Ihrig. “But owning and managing are two different animals.”

The mistakes started on the very first day the restaurant opened in 2003, when the half-price opening day special drew a crowd that overwhelmed the staff’s ability to provide service. It was also a Saturday night, and in retrospect they should have opened on a Monday, Bob Ihrig said.

“There were so many mistakes the first day, it wasn’t even funny,” said Susan Ihrig, who had kept her job as a nurse while her husband took primary responsibility for running the restaurant.

He continued to make mistakes as the restaurant stumbled along. For example, he admits not trusting his instincts at times, like when he gave in to his manager’s suggestion to add rotating specials to the lunch menu, when the menu was already too large. 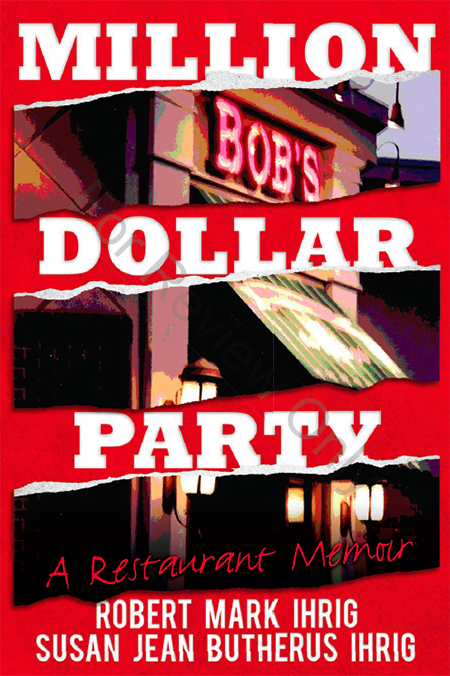 “I didn’t want to be looked at as a bully,” he said in the book.

The restaurant also was the victim of some unfortunate timing, perhaps exacerbated by bad decisions, such as when the company decided to veer from its core positioning.

In 2004, Lincoln passed an ordinance banning smoking in restaurants.  Ihrig decided he would try to get an exemption by driving up sales of drinks to be classified as a bar. It was a costly move that ended up being for naught when the smoking ban was overturned an hour before it was supposed to take effect.

In order to increase liquor sales from 17 percent to 30 percent, Bob Ihrig added a stage for live music and began offering aggressive specials on bar food and drinks, such as 25-cent wings and tacos, $1.99 margaritas and $1 beers.

Traffic soared — albeit unprofitably — and, as time went on, the company repositioned itself more and more as a venue for music, gaming (keno and other legal pastimes), drinking and dancing.

The only problem was that the Ihrigs were learning how to run these types of businesses on the fly, and the mistakes compounded one upon another.

The restaurant also made some bad hires, which illustrates the importance of staffing when opening a restaurant. One employee who was fired after being caught stealing — one of several that were brought on board during the restaurant’s brief existence — came back with some friends and flipped over the Ihrigs’ car, totaling it.

The final nail in the coffin, however, could be described as a failure to read the fine print in the lease.

Bob Ihrig said the property manager for the restaurant location informed him that he could skip paying his rent for three months while remodeling — information that proved inaccurate, as he learned when the landlord used the non-payment as a reason to force the Ihrigs out. As it turned out, only the attorney for the landlord could authorize any changes in the terms of the lease, not the property manager.

In the end, Bob Ihrig said there were two fundamental problems:  Not having the financial resources to cushion the miscues, and not owning the property.

“Landlords are never your friend,” he said. “If you can’t afford to own the land and building, you probably shouldn’t go into the business.”

Now the Ihrigs would like to see would-be restaurateurs take a step back and consider carefully before jumping in.

“We don't want to rain on anybody’s parade,” said Bob Ihrig. “But at the same time, after they read the book, they really need to think, ‘Is this something I really want? Is this the risk I’m willing to take?’”

Learning from others’ mistakes

Bob and Susan Ihrig’s restaurant failed. Here’s some advice about how to do it differently.

Think promotions through: Don’t offer a half-price special on opening day on a Saturday night if you’re not sure the staff can handle it.

Trust your instincts: If it seems like a bad idea to add rotating lunch specials to an already large menu, it probably is.

Correct bad decisions before they spiral: There are lots of ways to get people through your door, but not all are profitable.   Analyze results rather than making concept-changing moves on the fly.

Trust but verify: If someone gives you business advice that seems too good to be true, get a second opinion.