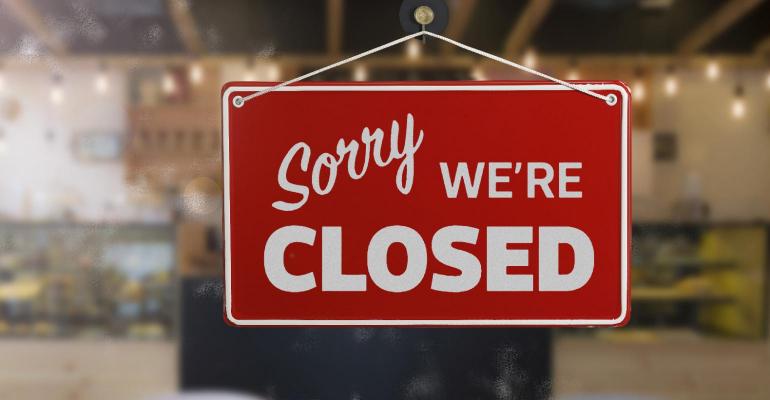 ersinkisacik / iStock / Getty Images Plus
The study suggests that businesses like restaurants keep strict capacity restrictions to stop the spread of the virus.
Operations

Indoor businesses, particularly restaurants — where larger groups of people spend long amounts of time together — could be the cause of most COVID-19 superspreader events in major cities, a predictions model published Tuesday in a Nature.com study by a Stanford University-led team of scientists and researchers, suggests.

"On average across metro areas, full-service restaurants, gyms, hotels, cafes, religious organizations, and limited-service restaurants produced the largest predicted increases in infections when reopened," the study — in collaboration said, adding that 10% of the “point-of-interest” businesses studied accounted for 80% of all infections.

Related: Large restaurant chains have mostly recovered from the effects of COVID-19, while the rest of the industry still struggles, Bank of America study says

The epidemiological model used anonymized mobile phone data from SafeGraf in 10 of the largest American cities, including New York, Los Angeles, and Chicago, to track 98 million users’ movements and infection rates from March to May to accurately predict where and when outbreaks of the disease might happen. The results? There is a direct tradeoff between new infections risk and capacity limitations at indoor venues like full-service restaurants, cafes, and bars.

“Our model predicts that capping points-of-interest at 20% of maximum occupancy can reduce infections by more than 80%,” study author and associate professor of computer science at Stanford University Jure Leskovec said during a press conference Tuesday.

Related: Next round of states poised to open for dine-in restaurant service with capacity limits, social distancing requirements and mask mandates

For example, the study ran reopening experiments and found that if Chicago had reopened restaurants completely on May 1, there would have been nearly 600,000 additional infections that month, but if Chicago capped occupancies for venues of all types to 30%, the infection rate would be cut by one-third.

Although the study looked at a variety of businesses, the authors claim that restaurants in particular are “among the riskiest points of interest to reopen at normal capacities” because they tend to be in busier metro areas and attract larger crowds of people:

The study authors also claim that when they restrict capacity to 20 or 25%, “businesses only lose around 40% of visits when compared to a fully reopening with usual maximum occupancy.”

A similar survey of 400 restaurant, bar and nightlife business owners in New York City, published by the New York City Hospitality Alliance on Nov. 12, found that at current 25% indoor dining capacity limitations in New York City, 30% of businesses could not pay rent in October.

“The [Stanford report] is interesting and important to consider but should be looked at in the context,” Andrew Rigie, executive director of the New York City Hospitality Alliance, told Nation’s Restaurant News. “New York State, with the exception of New York City, had 50% indoor occupancy since June and infection rates continued to go down, until recently, so I think there needs to be consideration of the safety protocols in place and other factors.”

The National Restaurant Association released a statement criticizing the study’s results, stating (among other critiques) that because the study only looked at datapoints from March through May, that it was not an accurate representation of current COVID trends and restaurant safety measures like mask-wearing and was conducted at a time when most restaurants were closed for indoor dining. Additionally, they said, the study predicted transmission rates rather than using real-world contact tracing.

“Due to the complexities of the real world, predictive models are inherently fraught with error even under the best of circumstances,” the National Restaurant Association said in a statement  “In this case, the researchers' model seems to fit their data, so they conclude that it is reasonably accurate. However, this is not enough to assert that restaurants are a significant source of risk across the entire United States.”

The Stanford study authors said that in the next few weeks they plan to update their data and run model predictions for the next few months.

“It's hard to say before running the experiments, but I expect certain broad conclusions to hold,” Yongchen Chang said. “Like, for example, that reopening but capping each place's visits at a fraction of its maximum occupancy is an especially effective way of bringing back some economic activity without incurring a huge number of new infections.”