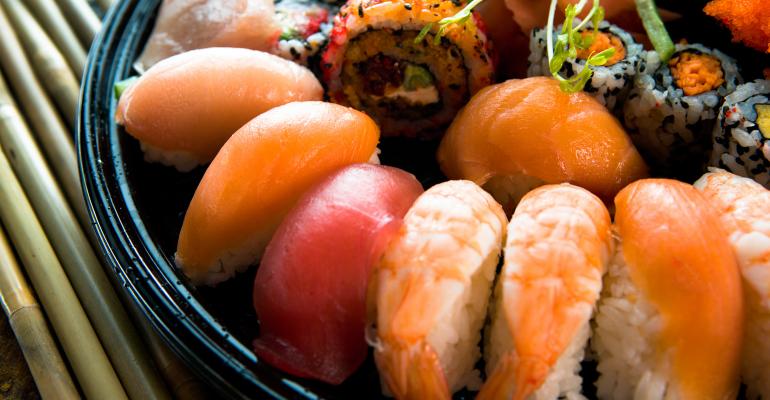 Jiro still dreams of sushi, but a new “mislabeled seafood” report could cause nightmares elsewhere in this segment.

Menu transparency is a hot trend in the foodservice industry, but some of the top sushi restaurants in Los Angeles haven’t gotten the hang of it just yet. DNA analysis performed on samples of 10 popular seafood species served there found nearly half—47 percent—were “mislabeled.” The unanswered question: Were restaurant operators perpetrators of this ongoing fraud, or its victims?

For this study, researchers from UCLA and Loyola Marymount University collected and analyzed 364 samples over a four-year period, sourcing them from 26 LA sushi spots that had lofty ratings on Yelp and Zagat. The results uncovered new instances of species prone to “mislabeling” and indicate that even restaurants presumed to have stringent sourcing criteria are easily fooled.

“Half of what we’re buying isn’t what we think it is,” says Paul Barber, a UCLA professor of ecology and evolutionary biology and senior author of this study, which appears in the current issue of Conservation Biology.

“Fish fraud could be accidental, but I suspect that in some cases the mislabeling is very much intentional, though it’s hard to know where in the supply chain it begins. I suspected we would find some mislabeling, but I didn’t think it would be as high as we found in some species.”

Previous studies of seafood fraud have focused on less costly species. Researchers looked at the type of seafood typically served in fish sandwiches, as fish and chips, folded into fish tacos, incorporated into bouillabaisse or seafood chowders or paired with a flavorful sauce—all presentations that make it hard for non-experts to discern exactly which species they’re eating. In a sense, one mild-tasting, firmly textured, white-fleshed fish species works roughly as well as another, bait-and-switch issues aside. Some species, such as grouper, just cost a lot more. Less-expensive farmed Asian catfish or tilapia are typical substitutes.

But the UCLA/Loyola Marymount study looked at the high-end of the seafood segment: sushi restaurants. The purity and authenticity of sushi-restaurant fish is not just a guiding principle; it is also ingrained in the restaurant’s culture. Also, the unadorned presentations make it easy for customers to see what they’re eating.

Study results show that not every species served at sushi restaurants is prone to mislabeling, however. Salmon, mackerel and bluefin tuna were generally delivered as advertised. But other species were not.

“Out of 43 orders of halibut and 32 orders of red snapper, DNA tests showed the researchers were always served a different kind of fish," the study says. Flounder was a frequent substitute. Yellowfin tuna and yellowtail (ahi) were other frequently mislabeled species.

The study is careful to note that operators may be unwitting participants in the mislabeling process. Yes, some morally flexible operators may intentionally switch species at the restaurant level in order to make an easy buck. But others may fall victim to undocumented substitutions occurring elsewhere in the supply chain.

Where? Some wholesalers are eager to collect a premium price for commodity-type seafood. Others may want to skirt regulations meant to promote sustainable fishing practices. For example, the study found that several overfished or threatened species of flounder were common substitutions for mislabeled halibut.

This isn’t the first study to turn up rampant seafood fraud. A 2013 analysis conducted by ocean advocacy group Oceana found the practice to be widespread. The analysis looked at 1,200 samples from 674 retail outlets in 21 states. One-third were mislabeled. Snapper (87 percent) and tuna (59 percent) were the most misidentified species. The highest mislabeling rate nationwide by far—52 percent of samples—occurred in Southern California.

“Because illegally caught seafood, some caught or processed with slave labor, could be making its way onto our dinner plates disguised as legal catch, it is doubly important to improve transparency and accountability in the global seafood supply chain,” says Dr. Kimberly Warner, report author and senior scientist at Oceana. “The increased traceability and consumer-labeling efforts in the EU point us to solutions that really do work to decrease seafood fraud, particularly in sectors and products covered by these legal provisions. The U.S. government should take note and issue the strongest possible final traceability rule. Only full-chain traceability for all species will ensure our seafood is safe, legally caught and honestly labeled.”

That’s just what the U.S. government has done.

A new rule that became final on January 9, 2017, will provide “information to trace each import shipment back to the initial harvest event. The rule will also decrease the incidence of seafood fraud by requiring the reporting of this information to the U.S. government at import and requiring retention of documentation so that the information reported (e.g., regarding species and harvest location) can be verified.”

Known as the Magnuson-Stevens Fishery Conservation Management Act; Seafood Import Monitoring Program, its full compliance date is January 1, 2018. Until then, operators may wish look a little more skeptically at the seafood shipments they receive from purveyors.