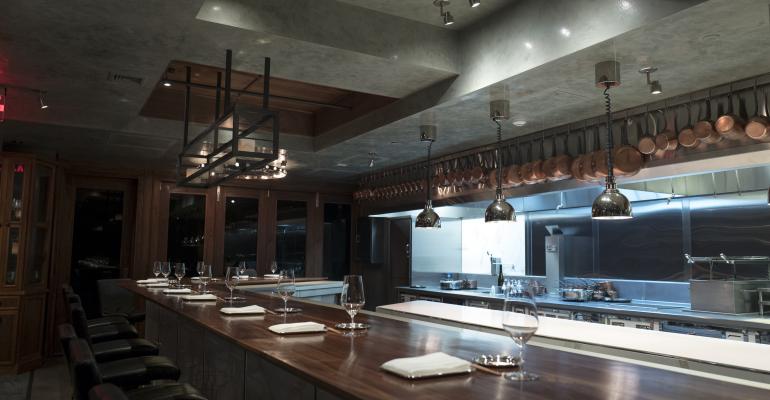 Adriana Rodriguez
Seating at the counter at Brooklyn Fare Chef's Table — one of the restaurant’s popular features — has only partially reopened.
Operations

Brooklyn Fare Kitchen & Market has reopened its celebrated Chef’s Table restaurant in Manhattan's Hudson Yards with an expanded tasting menu after it was closed to indoor dining for much of the past year due to COVID restrictions.

Chef’s Table had been offering a limited selection of takeout during the pandemic, but rather than the multi-course tasting menus it was known for, it was offering individual courses, such as Chicken Soup with Truffles and Foie Gras; Veal Shanks with Fingerling Potatoes; and Braised Beef Cheeks with Ramp Pasta, Baby Turnips and Carrots.

The high-end in-store tasting menu experience with 12-14 courses is now back, priced at $430 per person. The Michelin three-star restaurant, under the direction of Chef César Ramirez, attracts customers from all over the world, who venture into the Brooklyn Fare grocery store on West 37th Street in Manhattan to enjoy the season preparations, primarily focused on his interpretations of Japanese seafood dishes.

“We had a few regulars contact us right away when we reopened, and come back in,” said Brandon Issa, regional manager at Brooklyn Fare. “From what we've been seeing so far, people have been pretty comfortable. They've been enjoying the experience.” 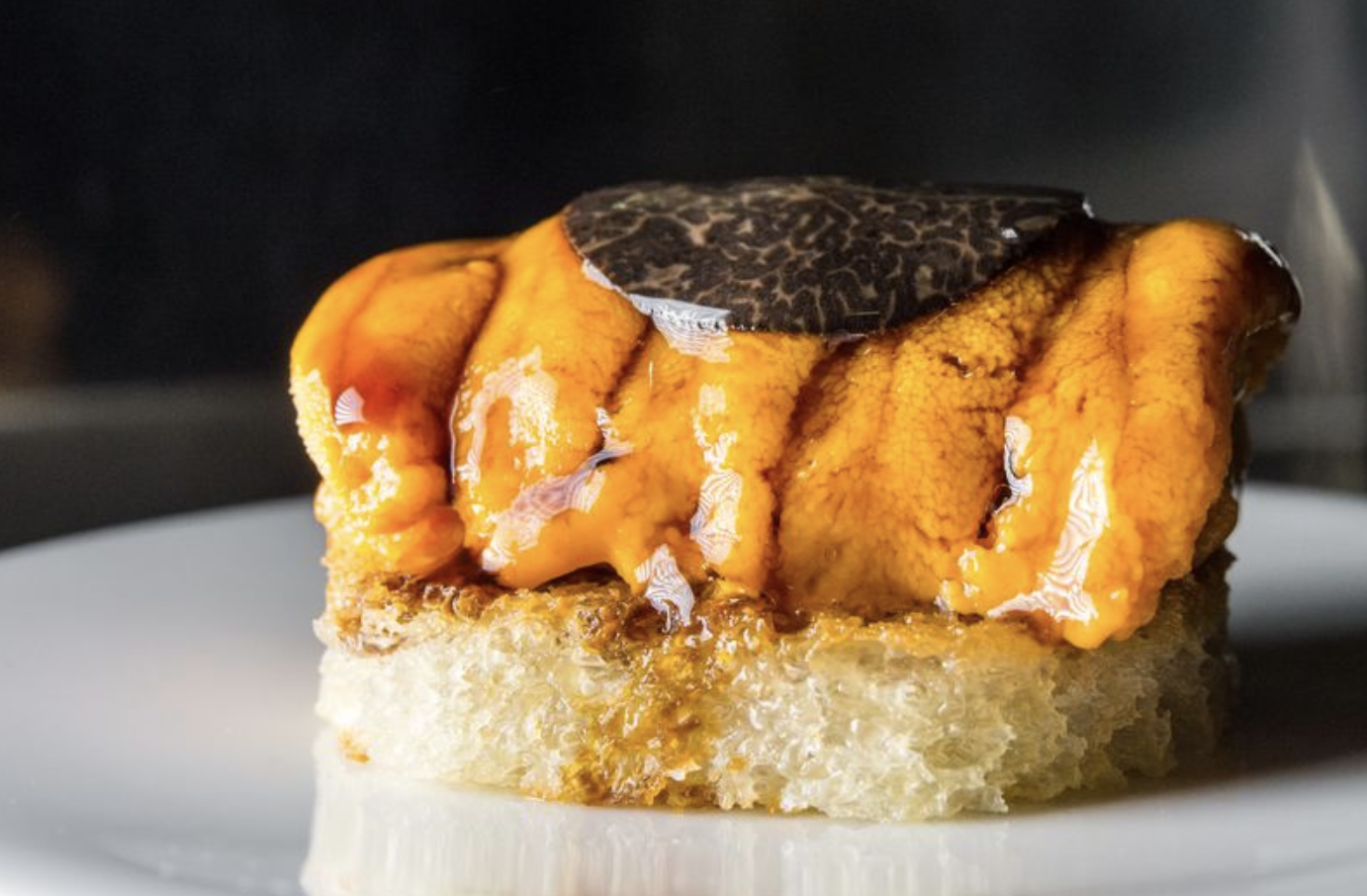 The structure of the dining room made it relatively easy to implement social distancing between tables, Issa said, although seating at the counter, one of the restaurant’s popular features, has only partially reopened. Normally the restaurant seats 45 customers at each of two sittings, but it has only been able to accommodate a fraction of those, he said.

The restaurant also lost some key members of its staff during the prolonged shutdown, including the previous general manager and sommelier. The latter has been replaced, and a longtime employee is currently filling in for the general manager.

Meanwhile, Brooklyn Fare is preparing to open a fourth supermarket location, a 21,000-square-foot outlet on Manhattan’s Upper West Side. The new store, although Brooklyn Fare’s largest, will not offer any in-store dining, although it will have some prepared foods and deli offerings for takeout and delivery.

And in the retailer’s downtown Manhattan location, on Greenwich Street, in-store seating is being removed to make room for more produce, Issa said.

“We would love to do more dining in our store, but the issue is that we don't have much room, and rent is not cheap, so we have to maximize the space,” he said.

Issa said he feels that consumers are eager to get back to dining in restaurants again in New York, however.

“New York City is a restaurant capital,” he said. “I think people are just itching to get back out and have that experience again.”