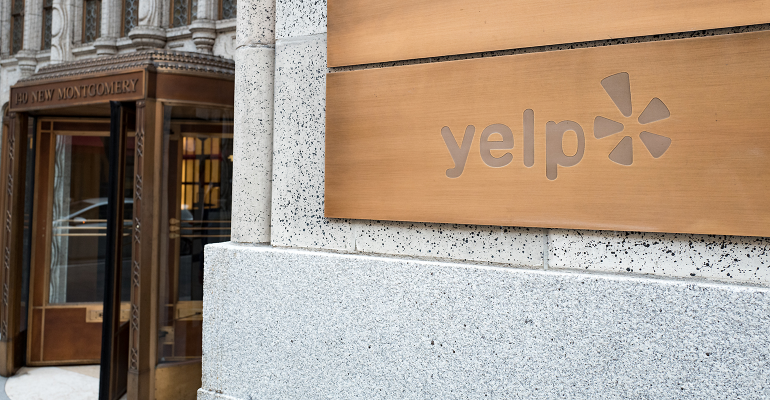 In another example of restaurants losing control over their digital identity, Yelp sets up donation page for restaurants without permission

After operator outrage, the company has since changed its policy on fundraising for restaurants hurting from coronavirus pandemic

A seemingly well-intended initiative has set off a firestorm in the restaurant industry, already reeling from coronavirus-related closures and policy changes.

On Tuesday, Yelp announced a partnership with the fundraising platform GoFundMe. Yelp planned to automatically set up fundraisers on restaurants’ Yelp pages to help support them. Yelp also planned to donate $1 million on its own through its Yelp Foundation. But the initiative drew ire from restaurant owners, as Yelp did not inform restaurants of the “partnership,” and opting out was allegedly an arduous process. Yelp has since changed its policy of automatically including restaurants in these fundraisers.

Andrew McMillan, a Portland, Ore., event organizer who was set to open Suckerpunch, an alcohol-free bar, seemed to be the first to raise concern over the “partnership.”

Uhhh, what the fuck? Without my permission, or even notifying me, Yelp has created a GoFundMe fundraiser for my bar @suckerpunchpdx. pic.twitter.com/qqmn6IUSx5

Thanks Internet Rage Machine, looks like the GoFundMe was taken down. https://t.co/ir2ZkCYUbu

Now, @yelp @yelpsupport: notify businesses that you've done this, and offer immediate one-click opt-out for anyone you've done this to. We don't have time for this shit right now.

Nick Kokonas, the Alinea cofounder and creator of reservation system Tock, which has been helping restaurants pivot to takeout during the coronavirus pandemic, also weighed in on the controversy.

It is unconscionable of you to create a page for my restaurants trying to take advantage of this crisis for your companies under the guise of 'helping'.

Immediately remove all Alinea Group properties. I hope someone sues you... I might once i have time. pic.twitter.com/0xfCK6OnG3

“On Tuesday, Yelp announced a partnership with GoFundMe to provide a fast and easy way for people to support their favorite local businesses by donating to a GoFundMe fundraiser directly on the Yelp pages of eligible businesses,” a spokesperson for Yelp wrote in a statement. “In an effort to get businesses help quickly and easily, a GoFundMe fundraiser was automatically added to the Yelp pages of an initial group of eligible businesses, with information provided on how to claim it or opt-out should a business choose to do so.

“However, it has come to our attention that some businesses did not receive a notification with opt-out instructions, and some would have preferred to actively opt-in to the program. As such, we have paused the automatic rollout of this feature, and are working with GoFundMe to provide a seamless way for businesses to opt into the program moving forward, as we have received a great deal of interest and support for the program from both consumers and businesses alike.”

The initiative was intended to serve businesses with fewer than five locations, according to the initial news release from Yelp. But online sources found large companies such as Starbucks had fundraisers added to their Yelp pages.

won't someone please save these small independent businesses before it's too late pic.twitter.com/DKd9x3I6wI

This initiative from Yelp comes as operators may not have time to check various online platforms or go through the process of opting out of a new service. But long before the coronavirus pandemic devastated the restaurant industry, operators have had an uneasy relationship with tech companies that “partner” with restaurants and whose business model includes listing restaurants’ information.

During this crisis, third-party marketplaces, such as DoorDash and Grubhub, have offered small concessions to some restaurants who can pay as much as 30% commission on delivery orders, but these relief measures have come under fire for lack of clarity. None of the major third-party services have offered to waive or cap fees on a large scale. 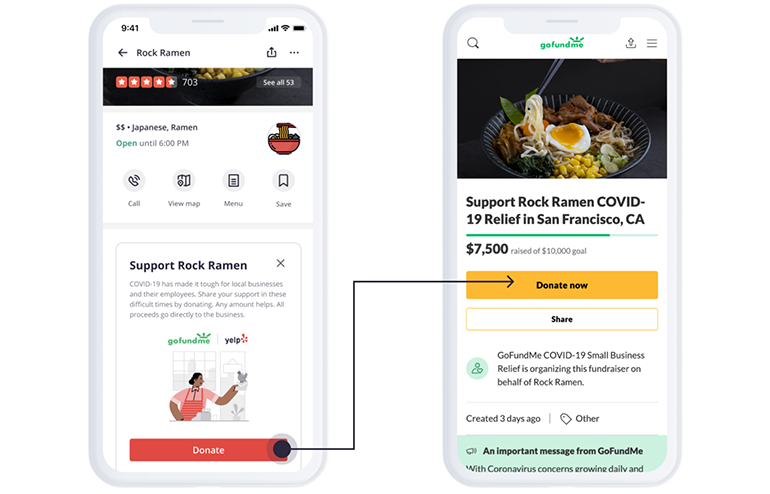 Yelp says the partnership with GoFundMe would "provide a fast and easy way for people to support their favorite local businesses."

In the past, restaurants have expressed frustration with third-party marketplaces who use restaurants’ logos and menus without permission, a practice called non-partnered restaurant listing.

The Yelp fundraising initiative is another way that operators have lost control over their restaurants’ online identity and feel misrepresented by a business that, for better or worse, many feel they must maintain some relationship with to survive. And survival is at the forefront of operators’ minds. The latest estimate from the National Restaurant Association found that 3% of restaurants have already closed, and 11% of operators said they anticipate permanently closing within the next 30 days.