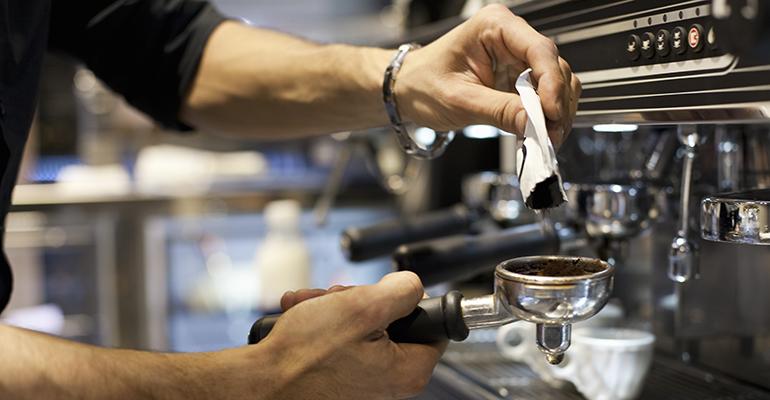 Kathrin Ziegler / Stone
Last week, workers at Pavement Coffeehouse in Boston sent a letter to the eight-unit chain’s owner Larry Margulies, informing him of their intent to start a union.
Operations

Plus, José Andrés explains why paying workers a fair wage is crucial and California makes alcohol to-go legal through the end of the year

Last week, workers at Pavement Coffeehouse in Boston sent a letter to the eight-unit chain’s owner Larry Margulies, informing him of their intent to start a union. The group, called Pavement Coffee Organizing Committee, asked Margulies to voluntarily recognize the union, avoid engaging in any union-busting activities, and participate in good-faith contract negotiations.

The next day, Margulies said he planned to recognize the union after a formal card check by a neutral arbitrator, ensuring at least 50% of the chain’s estimated 80 workers were on board. If successful, Pavement would become the first coffeeshop in Massachusetts to be unionized.

“We will work together on this,” Margulies wrote in a statement Wednesday to GBH News. “While the unionization process is something that is new to us, and obviously there will be much news to share in the coming days, I believe that together, we will make Pavement Coffeehouse a better and more just place to work.”

According to GBH, employees plan to negotiate for a pay raise, an audit of all salaries, increased mental health resources and break time, and more transparency and involvement around management decisions like COVID-19 health protocols with the formation of the union.

Actor Danny Trejo, owner of Trejo’s Donuts and Trejo’s Tacos, is expanding outside of the California market with his newest ghost kitchens. Trejo’s Tacos already has seven locations but these two locations are the first outside of California for the LA-style taco brand from the actor.

The Chicago ghost kitchen is in partnership with Kitchen United.

Chef José Andrés was one of the first on the scene of the COVID-19 pandemic, feeding passengers trapped on infected cruise ships in early 2020. But even Andrés could not have predicted what the world would become, including the increased food insecurity in his hometown of Washington, D.C. and increased restaurant advocacy in the government.

Andrés’ company ThinkFoodGroup adapted to the pandemic at some of its locations while others closed, unable to keep up with the rents or to adapt the model for off-premises. In this video, Andrés discusses minimum wage, tipped workers, paying farmers and how to fix food insecurity across the country, as well as the future of the industry.

“I think the restaurant industry will come back strong. I’m more worried about the time between today and the day we beat COVID-19,” said Andrés.

The nation’s unemployment rate fell to 5.8% in May, the U.S. Bureau of Labor Statistics reported Friday, as the foodservice and drinking sector added 186,000 jobs — a third of the 559,000 positions gained in the month.

Eating and drinking establishment employment is in the bureau’s larger leisure and hospitality category, which added 292,000 jobs in the month “as pandemic-related restrictions continued to ease in some parts of the country,” the agency noted.

However, the bureau noted, “employment in leisure and hospitality is down by 2.5 million, or 15%, from its level in February 2020.” The COVID-19 pandemic was declared in March of last year.

Read more: Foodservice positions increase in May as jobless rate dips to 5.8%

California Gov. Gavin Newsom announced last week that cocktails to-go, a popular COVID measure to help bars and restaurants survive across the country, will stay in place until the end of the year, but no word on future plans.

The state is scheduled to officially reopen to full capacity on June 15 and, ahead of that day, Newsom clarified that some emergency measures introduced during the period of reduced capacity will stick around a bit longer.

State Bill 398 was introduced in February and approved by the state Senate which would make cocktails to-go permanently legal. It is waiting on a vote in the state Assembly before moving to Newsom’s desk for final approval. Newsom described the temporary approval through Dec. 31, 2021 as a “stop-gap solution” to give the permanent bill more time to move through the state legislatures.

States like Georgia and Texas have already legalized cocktails to-go.

California lawmakers are also considering keeping other COVID-related measures in place, such as the easing of outdoor dining restrictions. State Sen. Scott Weiner, for example, has introduced a bill to ease restrictions on outdoor dining, which would not only make parklets permanent but also make serving alcohol in parklets easier.