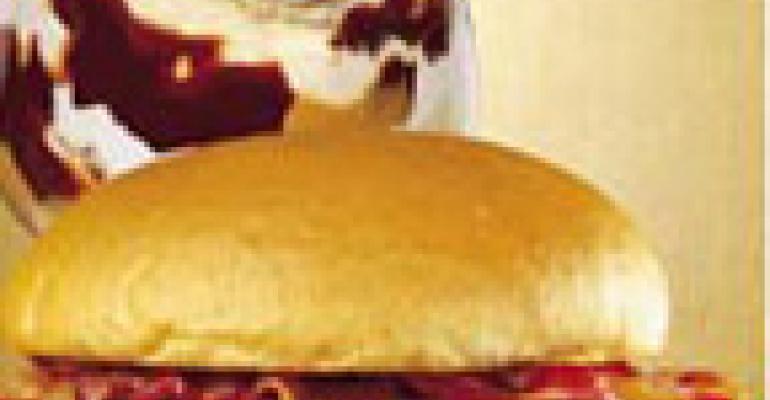 One reason to pay attention to the Consumer Reports study is that its findings are unusually broad-based. Ratings are based on more than 66,000 responses to the magazine's Restaurant Customer Satisfaction Survey, encompassing nearly 149,000 visits to full-service restaurant chains. It's not an opinion poll; the study compiles real-world feedback from actual customers. There were at least 250 responses for every chain in the rankings. Applebee's had the most—15,000. Who else has data like this?

A second key is the psychographic makeup of the respondents: opinionated bargain hunters for whom the search for meaningful value when purchasing goods and services is a never-ending crusade. In short, they are a restaurant operator's toughest customers.

For the most part, this group is satisfied with what full-service chain restaurants put out. 'Even low-ranked chains pleased most customers," CR points out. And eating at them is an ingrained habit that doesn't seem likely to change. "Eating out is no longer a treat: it's a way of life. Americans spend half of every food dollar at restaurants, and most of those dollars are going to waiter-service establishments like those we asked about in the latest Consumer Reports National Research Study" the study's authors note.

They also point out that nutrition information seems easier to find than industry critics and government regulators say. "In the past, chains often balked at providing calories and such, citing an ever-changing menu and each chef's slightly varied approach to the same dish. Growing dietary concerns, however, have prompted many chains to reveal, on their Web site, if not on their restaurant menu, just how fattening (or good for you) their fare is."

The article also points out that it's now much easier for patrons to find smarter eating options on chain restaurant menus. "Our reporter found an array of low-calorie and low-fat, gluten and dairy-free, and vegetarian choices" after examining "dozens of menus."

On the other hand, survey recipients also singled out the Cheesecake Factory for being too crowded, being too noisy and having wait times that are too long. To us, it seems like these latter three categories describe the same phenomenon—a busy restaurant at which many people want to eat. We're sure that most RH Enewsletter readers would much prefer to deal with the "problems" associated with Cheesecake Factory's nonstop success than with the across-the-board operational issues CR readers found at Friendly's.