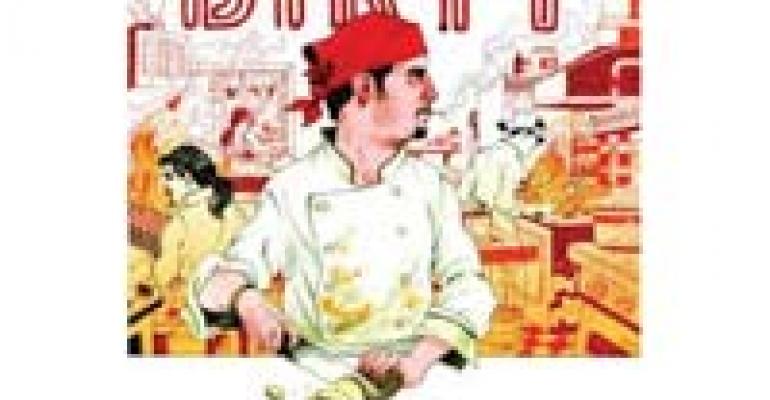 The Culinary Nomads: How They Live Their Lives

While it may seem from media reports that culinary schools are the predominant suppliers of cooking talent to restaurants, most of the people who cook professionally came up the hard way. Which is why so many of the applicants you interview for back-of-the-house positions in your restaurant are graduates of nothing more than the school of hard knocks. It's dificult to assess how much they actually know, how professional they really are and how valuable their cooking experience might be to your operation.

We've found a book that can help you figure out where these itinerant cooks are coming from. It's Cooking Dirty (Farrar, Straus and Giroux, $26). This memoir tells the story of author Jason Sheehan's wanderings through the culinary backwaters of America on his way to becoming a James Beard Award-winning food writer. Sheehan tells us plenty about what went on in the less-glamorous kitchens he cooked in and what he and the other people who work in them had to deal with night after night.

What's that? You say Anthony Bourdain has already exposed the seamy underbelly of the restaurant world. Well, sort of. Bourdain is a Culinary Institute of America grad who worked primarily in New York City at upscale places like the Rainbow Room and Les Halles. Compare that experience with what Sheehan faced while working a typical overnight shift at a 225-seat 24-hour restaurant in Rochester, NY. Here's how he describes the action that took place late at night when the local bars let out. “In our best hours, four of us — occasionally five — would turn the dining room twice: 450 short order meals served start to finish. And for an hour like that, we were paid, on average, eight dollars each,” he writes.

People who can do this every night might not be formally trained, but they bring a lot to the table for any busy restaurant. Give Sheehan's book a read and you'll have a better grasp of what some of those cooks who show up bearing dubious resumes might be able to contribute to your kitchen. And this well-written book might even give you insight into why you like the restaurant industry so much. As Sheehan shows us, it can be brutal and crazy at times. But it's never dull.

Sheehan now writes for Westword, the alternative newspaer in Denver. Let's hope he has a few more books like this in him.

Let's all envy the late New York Times correspondent R. W. Apple Jr., a food writer before there really was such a thing. He roamed the world with a bottomless expense account covering politics, diplomacy and wars, indulging his passion for food and wine in the process. Many corners of the culinary world were virgin territory when he found them, and his discoveries helped fuel the foodie fantasies so many hold today. Many RH readers may owe their early interest in food and restaurants to Apple, and this entertaining collection will help rekindle their passion for the industry. It's worth reconnecting.

Chicago's beloved Berghoff Café has a lengthy (founded in 1898) history as a purveyor of German-style food, and you'll find some of the classic items from that genre in this book. But ownership has retooled the menu in recent years to remain in step with the changing tastes of its customer base, and these newer items make up the bulk of the 80 recipes you'll find in this 156-page book. The spirit remains the same, however: solid, substantial food that tastes good. It's a winning approach in any era.